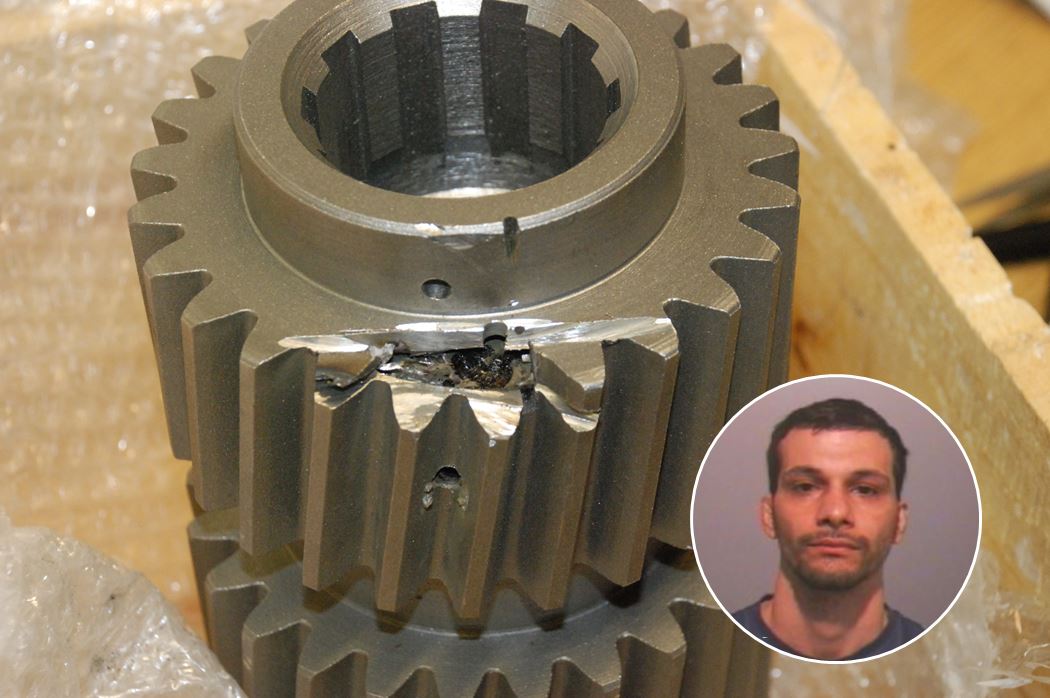 Smuggler facing jail after organising for £16,000 of opium to be shipped into the UK inside steel cogs

A smuggler is facing jailed after he organised for £16,000 of opium to be shipped into the UK - concealed inside mechanical steel cogs.

Saleshi Mohsen Siavashani, 39, was found guilty by a jury at Newcastle Crown Court of conspiring to import Class A drugs.

He had denied any involvement in the conspiracy which saw 1.65kg of Class A drugs stuffed inside two cast steel mechanical gears, weighing around 21kg each.

UK Border Force officials at Heathrow Airport intercepted the packages on Christmas Day, 2016, and discovered 1.65kg of opium hidden inside the structures.

The drugs had been addressed to a property in the North East and so Border Force officials liaised with officers at Northumbria Police.

Police in the North East launched a covert operation that led to the arrest of Siavashani, his partner Kimberley Jo Ozbey, and Bahman Aghdam in January 2018.

All three suspects were later charged with Conspiracy to Evade a Prohibition and on Friday (September 20) Siavashani was convicted by a jury at Newcastle Crown Court.

Aghdam, 49, of Brandling Street, Sunderland ,and Ozbey, 32, of South View Terrace in Swalwell, were found not guilty.

Detective Inspector Don Gibson, of Northumbria Police’s Priority and Organised Crime team, said: “This was a very complex investigation which we would not have been able to carry out without the help of our colleagues at the UK Border Force Agency.

“I welcome the decision to convict Saleshi Siavashani and hope that verdict serves as a warning to anyone who thinks they are above the law and will never get caught.

“This operation was vast and long-standing and is a great example of how we regularly work with our partners to disrupt organised crime.

“I would like to thank my team who carried out months of hard work and helped bring this individual to justice.

“Under the banner of Operation Sentinel we will continue to pursue offenders and disrupt criminals who seek to make a profit from selling illicit substances on our streets."

Siavashani, of South View Terrace, Swalwell, was found guilty following a five-day trial at Newcastle Crown Court and will be sentenced at a later date.