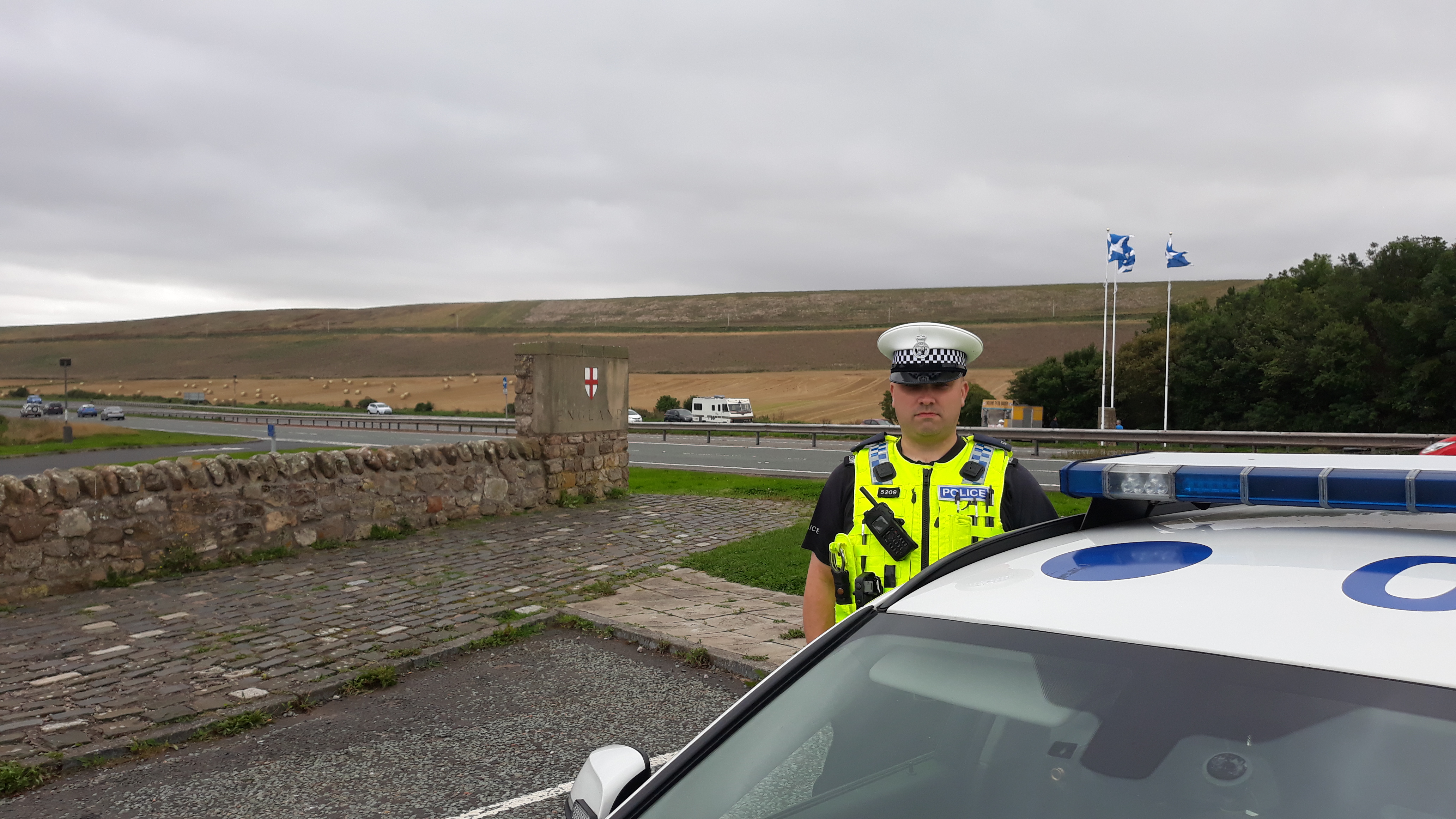 A team of Special Constables have played their part in a three-pronged operation to tackle cross-border criminality.

Last week, a tri-Force operation was supported by Northumbria Police’s motor patrols department devised to tackle criminals that use the main roads between England and Scotland.

A number of road traffic offences were detected as part of the two-day operation, including a driver who was under influence of drugs, a suspected stolen vehicle which was seized and a man arrested on recall to prison.

As part of the operation, Sergeant Pinner Rana and his team were ably assisted by a team of hand-picked volunteers who give up their own time to be traffic Special Constables, tasked with supporting the Force’s motor patrols officers.

And the volunteers made a lasting impression once more as they went above and beyond to help catch suspected criminals and keep the region’s roads safe.

Sgt Rana, of Northumbria Police’s motor patrols department, said: “This operation showed the value in teamwork and it was great to work alongside Police Scotland and Cumbria Police to tackle cross-border criminality.

“By sharing information and working together, officers were able to track suspected criminals who regularly use the road network between England and Scotland and ensure their vehicles were stopped and searched.

“Once again, our motor patrols officers were helped by our dedicated traffic special constables who sacrifice their own time to support their local police force in tackling a range of issues. They are an absolute credit to themselves and their communities, and a fantastic asset for the Force.

“Over the last few weeks, they have also supported officers as part of Operation Beacon, which targets all vehicle-related offences including uninsured cars, drivers without insurance and speeding. That work will continue as we head towards the winter months.

“I would like to thank those volunteers, my staff, and also our partners at Police Scotland and Cumbria Police for their help and support throughout the two-day operation, which was a resounding success.

“We will continue to work hard to make Northumbria’s roads safer and take action against those who break the law.”

Northumbria Police and Crime Commissioner, Kim McGuinness, praised the men and women who give up their time to help keep local communities safe.

She said: "This is an example of a fantastic partnership operation. It also demonstrates what an important role Special Constables play in supporting the work of our officers.

"We are very fortunate to have members of our communities willing to give up their own time to help the crackdown on crime and keep local people safe."

Police Scotland Road Policing Chief Inspector Darren Faulds said: “Working together with our colleagues from Northumbria and Cumbria Constabularies to deter criminal activity on our road network is an important part of improving safety and tackling crime.

“Over 105 vehicles were stopped on cross border routes, including in the Dumfries and Galloway and Scottish Borders areas, during the two day operation and resulted in 23 people being reported for offences including having no insurance, no driving licence, speeding and drug driving.

"Additionally, a vehicle reported as stolen was recovered and a man was also arrested in relation to a recall to prison.

“Working together with other forces allows us to share information and take action against those who are intent on committing criminal offences in our communities and we will continue to take such action.”

The traffic special constables have many of the same powers as traffic officers, but are not able to take part in any pursuits.

All of those chosen to be part of the Motor Patrols department are existing special constables who have worked in the Force supporting response and neighbourhood teams.