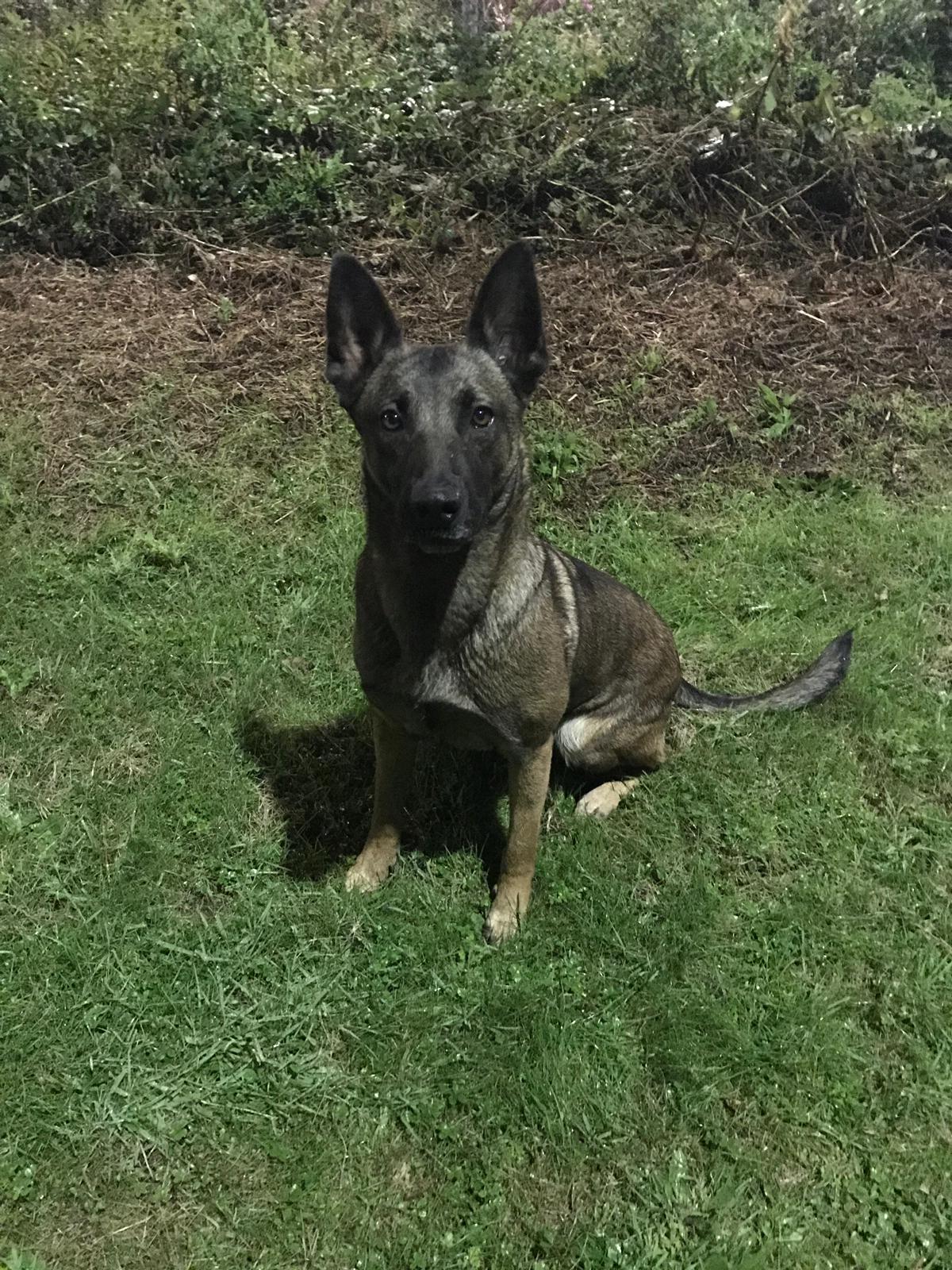 A suspected car thief was arrested by police after a police dog scaled a series of garden fences to arrest him.

At about 9.20pm on Tuesday, September 10, a member of the public reported that a car had been crashed into a roundabout on the A69 in Throckley.

Witnesses told officers the vehicle had been travelling as fast as 90mph before it had been abandoned by the occupants.

Police were deployed to the area to trace them and among the team of responders was Sergeant Julie Neve and her police dog, Boo.

They soon tracked a suspect to a nearby property and the four-year-old Belgian Malinois caught a scent.

He scaled a series of garden fences before locating a suspect in a garden on Coquet Grove in Throckley.

The 16-year-old was arrested on suspicion of aggravated vehicle taking but he has since been released under investigation.

Sergeant Neve, of Northumbria Police’s Dog Section, praised the efforts of Boo and said his climbing ability was vital to the search.

She said: “Boo is still quite new to the job and has only been fully qualified for a couple of years, and that includes her initial training.

“I have been really impressed with her and she has had some fantastic results already and helped to locate a number of suspects.

“We had a vague idea of where the suspect may have been for this incident and so we deployed Boo in that area and hoped she would pick up a scent.

“It didn’t take long for her to do just that but she was in a garden and it was clear the suspect had been climbing over a number of fences.

“That didn’t deter her though and Boo climbed over each and every fence before locating the suspect in one of the gardens.

“He was arrested and now our Motor Patrols Department are carrying out a full investigation into the circumstances around what had happened.

“Boo got a treat for all her good work and I am sure she has a long and successful career as a police dog ahead of her.”

An investigation into the incident is ongoing and anyone who witnessed the collision is encouraged to contact police on 101 quoting log 1130 10/09/19.