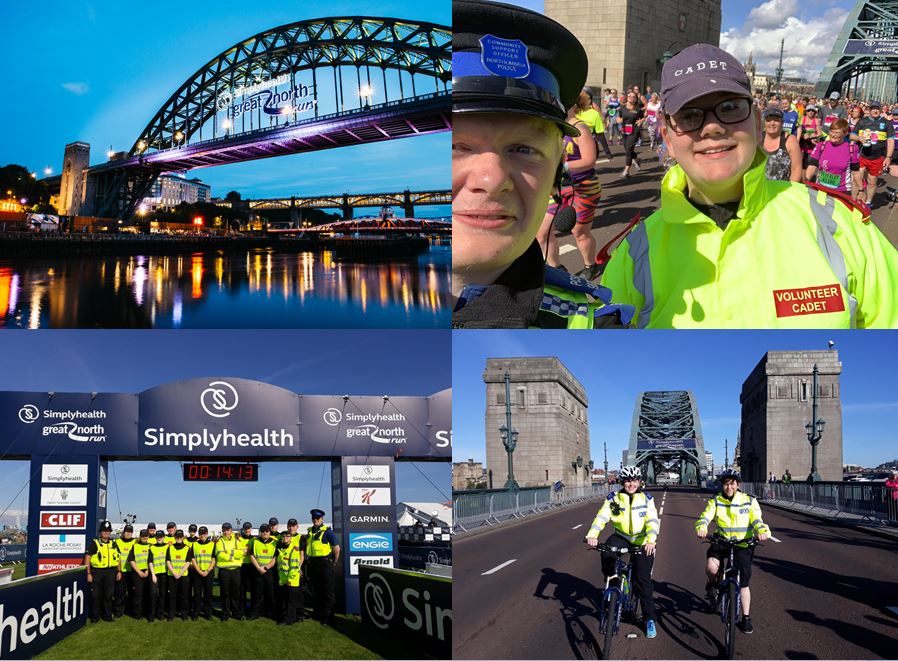 Police have thanked the public for playing their part in another memorable Great North Run weekend.

Thousands of spectators cheered on the runners along the route, and a huge crowd once again congregated on the seafront at the finish line to see Sir Mo Farah win a record sixth successive Great North Run title in the elite men’s race.

Police were on duty throughout the weekend to keep competitors, spectators and local residents safe, with officers engaging with the public and contributing to the feel-good atmosphere that swept across the region.

Chief Inspector David Pickett, Northumbria Police’s silver commander for the Great North Run, thanked the public for their patience and cooperation as the weekend passed without major incident.

“I’m absolutely delighted that everything went as planned,” Ch Insp Pickett said. “The Great North Run is one of the most special events in the North-East calendar, and the region once again shone in the international spotlight.

“Months of planning went into ensuring the safety of runners, spectators and residents on the day, and I’d like to thank my staff, the organisers, local authorities, Nexus and our blue light partners for their support and invaluable teamwork across the weekend.

“But this event is only possible because of the public who embrace it – the runners, their friends and families who cheer them every step of the way, and the local community who turn out in force to contribute to the wonderful atmosphere.

“We experienced very few incidents of note across the weekend, and I’d like to praise the behaviour of the overwhelming majority of those who attended.

“Congratulations to everybody who crossed the finish line – and we look forward to seeing you at the start line next year!”

Nigel Gough, Operations Director at the Great Run Company, thanked Northumbria Police and other blue light services for their support over the weekend.

He said: “We’d like to extend our thanks to Northumbria Police and all of our local emergency service providers for their tireless efforts across the Simplyhealth Great North Run weekend.

“Ensuring everyone who takes part has a safe and happy experience is a top priority for us and we couldn’t do that without their support.”

He said: “The Great North Run is our busiest day of the year and I’m pleased to say that everything went to plan.

“Thousands of runners and spectators used Metro, bus and Shields Ferry services to travel to and from the event. It was great to see so many people enjoying the day. There was a fabulous atmosphere and it showcased everything that is good about our region.

“We’re already looking forward to 2020 and celebrating 40 years of the Great North Run, a world class event which has done so much to put North East England on the map.”