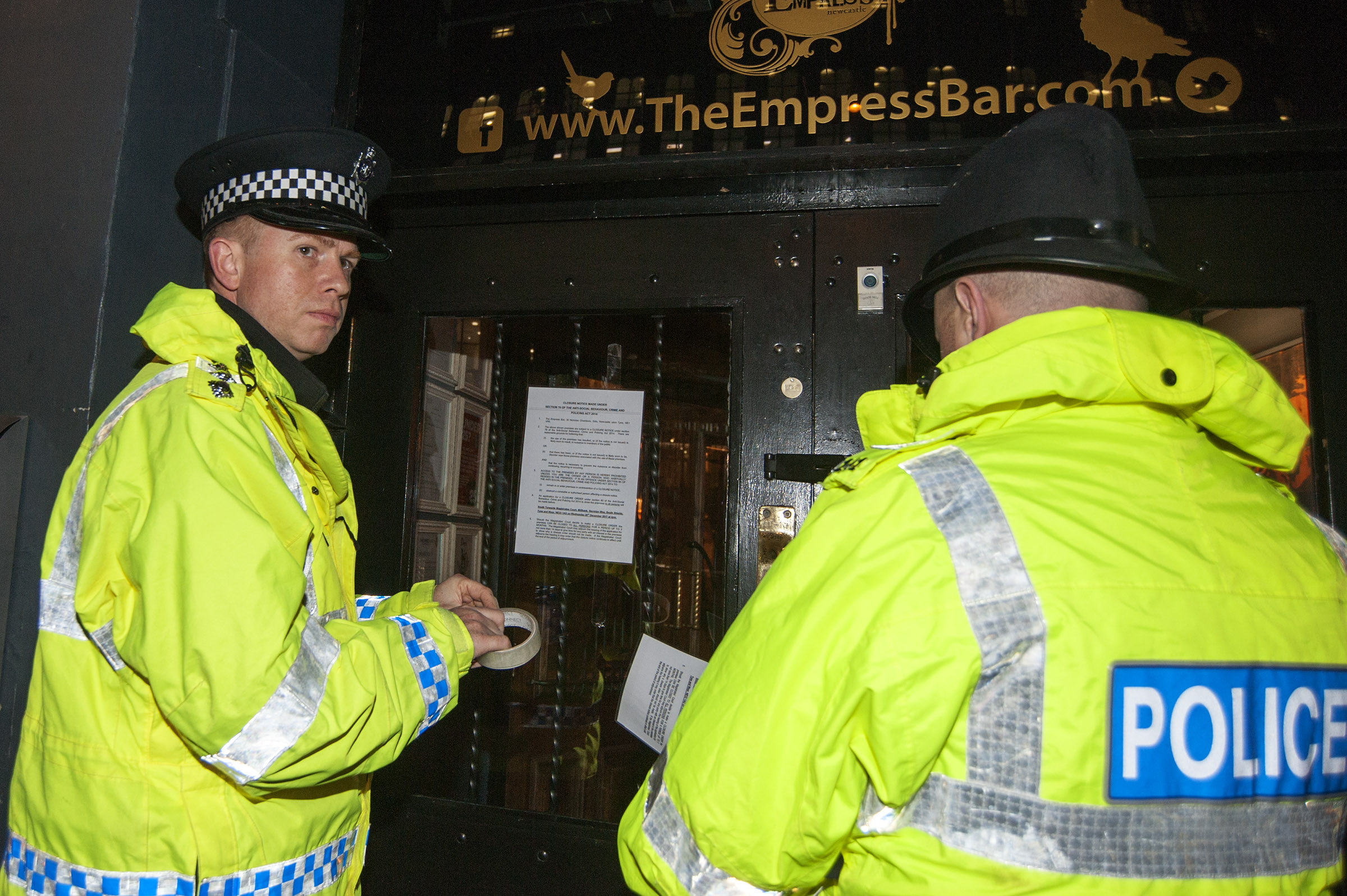 A police officer who led the shutdown of four popular Newcastle bars linked to drug dealing in the city centre has said he would not be afraid to take such hard-hitting action again.

Northumbria Police’s Chief Inspector Dave Pickett led Operation Doncaster that concluded in court on Monday and saw 20 people jailed for a total of more than 50 years.

Those involved were arrested following an undercover operation in the city centre where plain-clothed officers purchased Class A drugs.

Newcastle Crown Court was told how police bought cocaine off door staff, promoters and supervisors at bars in the area of Collingwood Street.

If they were not sold drugs directly then they would be handed contact numbers for dealers who were operating across the city.

Those responsible for the supply of Class A drugs in the night-time economy have now been convicted at court.

But perhaps the biggest disruption to dealers came at the culmination of the investigation in December 2017.

After arresting almost 50 people in a series of dawn raids, Northumbria Police and Newcastle City Council took the decision to shut down four bars linked to the criminal activity.

House of Smith, Floritas, Madam Koos and The Empress were all forced to close their doors over the busy Christmas and New Year period.

Chief Insp Pickett said it was a “difficult decision” to shut the bars but said Operation Doncaster’s number one priority was always public safety.

He said: “Operation Doncaster was all about keeping the public safe and rooting out the problem of drug dealing in the night-time economy.

“Many of these licensed premises were not just allowing the activity to take place but known dealers were being invited in and afforded celebrity status.

“Before we even deployed undercover officers we sat down with a number of bar owners to raise our concerns.

“But when we carried out the operation it became clear that nothing had changed and so we spoke to the city council and put closure orders in place.

“These were four very popular bars and my message to all premises is clear – we would not be afraid to do the same again if it was the appropriate course of action.”

He was instrumental in rolling out vulnerability training to door staff, taxi drivers and people working in the city’s hotels.

The four bars issued with closure orders did re-open in early 2018 after the city council granted them a licence following a review.

And Chief Insp Picket has praised them for putting positive changes in place and working together with police to crackdown on criminal activity.

He added: “I think the closure of those bars was a wake-up call for both the owners and businesses across the city centre.

“Those bars that were closed had their licences reviewed and strict conditions were put in place that has led to significant improvements being made.

“We don’t want to ruin people’s fun but criminal activity will not be accepted and it is vitally important that the welfare of customers is the number one priority for businesses.

“I know that they can be a really vital partner for the police and we have worked closely with them to help safeguard vulnerable people in the night-time economy.

“There have been cases where door staff have intervened in a situation and safeguarded a vulnerable person and contacted police.

“Those individuals play an important role in keeping people safe and I know that the vast majority of those who work in this industry share our view.

“I am confident that licensed premises in Newcastle city centre learnt a lesson as a result of Operation Doncaster and I hope we are not in a position where we have to take this course of action again.”

Newcastle City Council’s Cabinet Member for Environment and Regulation, Cllr Nick Kemp, said: “Newcastle is a safe city and we are determined to keep it that way.

“The city council and police work very closely on many levels to tackle criminality and these convictions today are the product of that partnership.

“It is pleasing to me that since Operation Doncaster licensees have woken up to the important responsibility to keep their premises in order and recognise it is very much in their own interests to prevent drug dealing and drug taking, and that door staff have a critical role in safeguarding vulnerable people.

“I hope these convictions send drug dealers the clear message that in Newcastle we will target you and use the full powers of the courts to punish you.”

Anyone with information about drug dealing is asked to contact police on 101 or contact Crimestoppers anonymously on 0800 555 111.