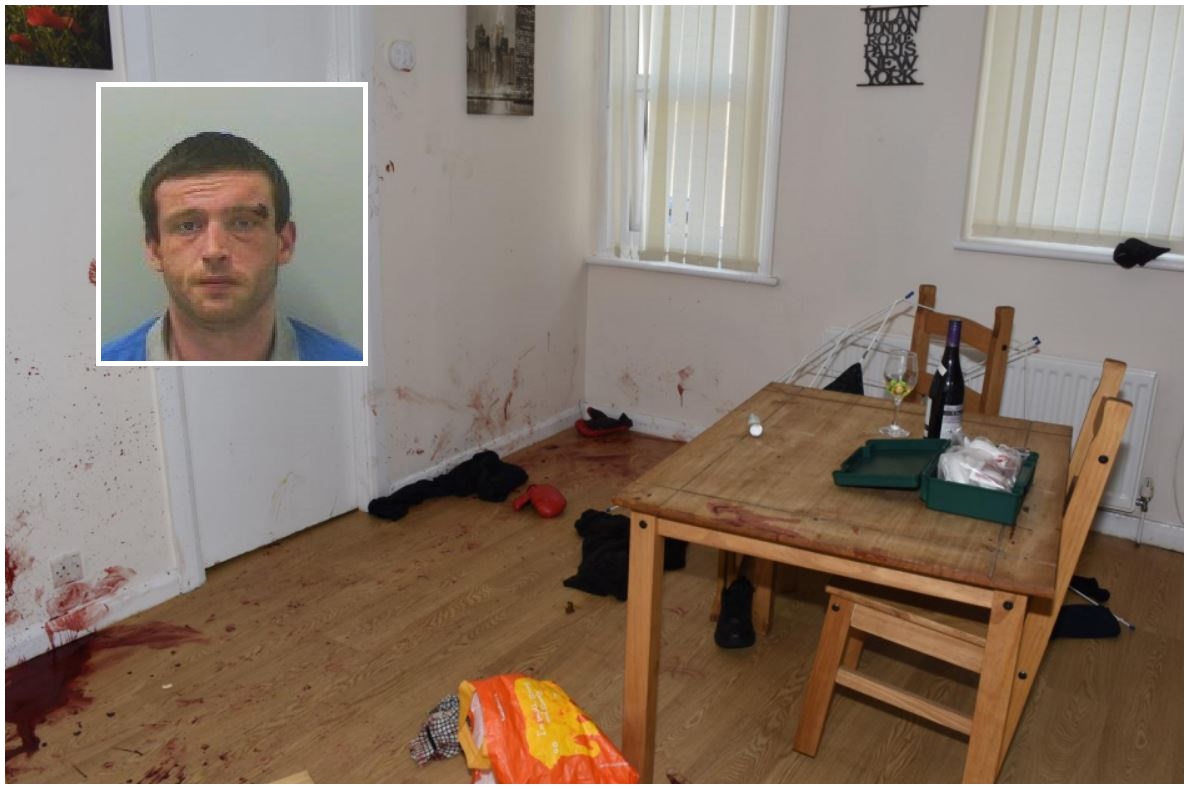 A violent thug who sliced off his housemate's ear in a brutal assault with metal bars and knives has been jailed.

James Tams, 34, has been put behind bars for 10 years after the savage and sustained attack on his 44-year-old friend.

The pair lived together at an address on Scarborough Avenue in Walker but a court was told how Tams left the man fighting for his life.

It happened on June 4 this year when the pair returned to the home they shared at 11.30pm after a night of drinking and taking drugs.

But later that evening a violent altercation ensued after the victim allegedly claimed Tams' girlfriend was pregnant by another man.

A court was told how the thug used metal bars and knives to repeatedly beat his victim in the house they shared and the rear yard.

The attack lasted for half-an-hour and Tams stopped at a number of occasions to pour water over his bloodied victim.

But prosecutors said this was not to clean up his wounds and was instead an attempt by Tams to rouse his victim so he could continue the savage assault.

The thug later left the property and locked his victim inside at which point a worried neighbour called police about the fight.

Emergency services attended and found the bloodied victim lying on his kitchen floor before he was rushed to hospital by paramedics.

Tams was arrested by police when he returned home later that morning and was charged with wounding with intent to cause grievous bodily harm.

He was also charged with two counts of possession of a bladed article after being found with a knife when he was arrested by police.

Tams, of Scarborough Road, Walker, pleaded guilty to all three charged and on Friday (August 30) he was jailed for 10 years at Newcastle Crown Court.

He said: "This was a brutal and sustained assault and if it was not for a concerned neighbour the victim could have bled to death.

"They have contacted police after hearing the commotion and we have been able to get the man the medical attention he needed.

"CCTV of the attack was shown in court and it is one of the most brutal assaults I have ever dealt with in my policing career.

"James Tams has used metal bars and knives to beat and slash his victim that have caused dozens of injuries all over his body.

"The victim didn't want to support a prosecution against his attacker but the evidence was so overwhelming that Tams had little choice but to plead guilty.

"He will now spend the next decade behind bars and that should come as a stern warning to anyone who thinks this level of extreme violence is acceptable."

As well as the 10 year sentence, Tams was handed an extended licence period of three years.