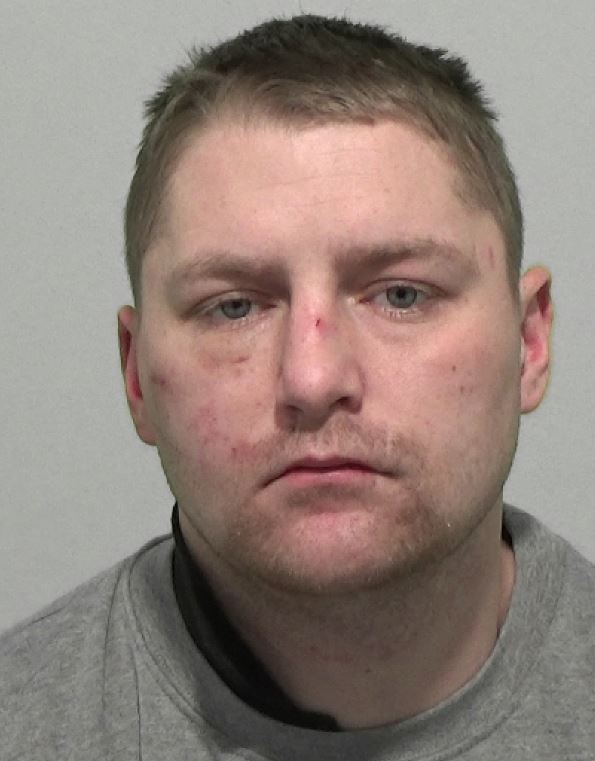 Carl Minto has been jailed while his partner-in-crime, who cannot currently be identified, is awaiting sentence

A brazen thief who left supermarket staff terrified as he encouraged his partner-in-crime to “knock them out” has been jailed.

Carl Minto, 27, stole bottles of wine from Asda in the Ryhope area of Sunderland on June 27 last year.

After shamelessly taking hold of the items, Minto encouraged his accomplice – who had already hit a shop worker with a bottle – to “take what you want”.

The pair’s alarming actions, committed in the middle of the day in a busy store, left employees and bystanders shaken and frightened.

Minto, of Langhurst, Sunderland, admitted affray and theft when he appeared at Newcastle Crown Court on Wednesday (April 22). A judge subsequently jailed him for 14 months.

The second male, who cannot currently be identified for legal reasons, is awaiting sentence.

Detective Sergeant Michael McKenna, of Northumbria Police, said: “Carl Minto is a serial offender who has brought misery to the communities of Sunderland for some time.

“His selfish actions that day terrified customers and staff inside the store. After grabbing whatever items he wanted, he then proceeded to goad his partner-in-crime and encourage him to show aggression and violence against innocent members of the public.

“This all unfolded in the middle of the day when families were present and going about their everyday business. He should quite frankly be ashamed of his actions.

“I am pleased that the judge has recognised the seriousness of his crimes and hope Minto can use this time behind bars as an opportunity to carefully consider the effects that his appalling actions can have on others.

“This type of behaviour will not be tolerated, and at a time when the entire city is pulling together in difficult circumstances, I hope this case reassures the public that those who undermine the fabric of our community will be brought to justice.”

In a statement provided to the court, the assistant manager of the Asda store who witnessed the commotion admitted the incident has had a profound effect on his staff.

“This was a scary incident for staff and members of the public ,” he said.

“My staff have been subjected to a similar incident and they are very scared about the behaviour of some customers.  This is unacceptable and the courts need to take appropriate action.”