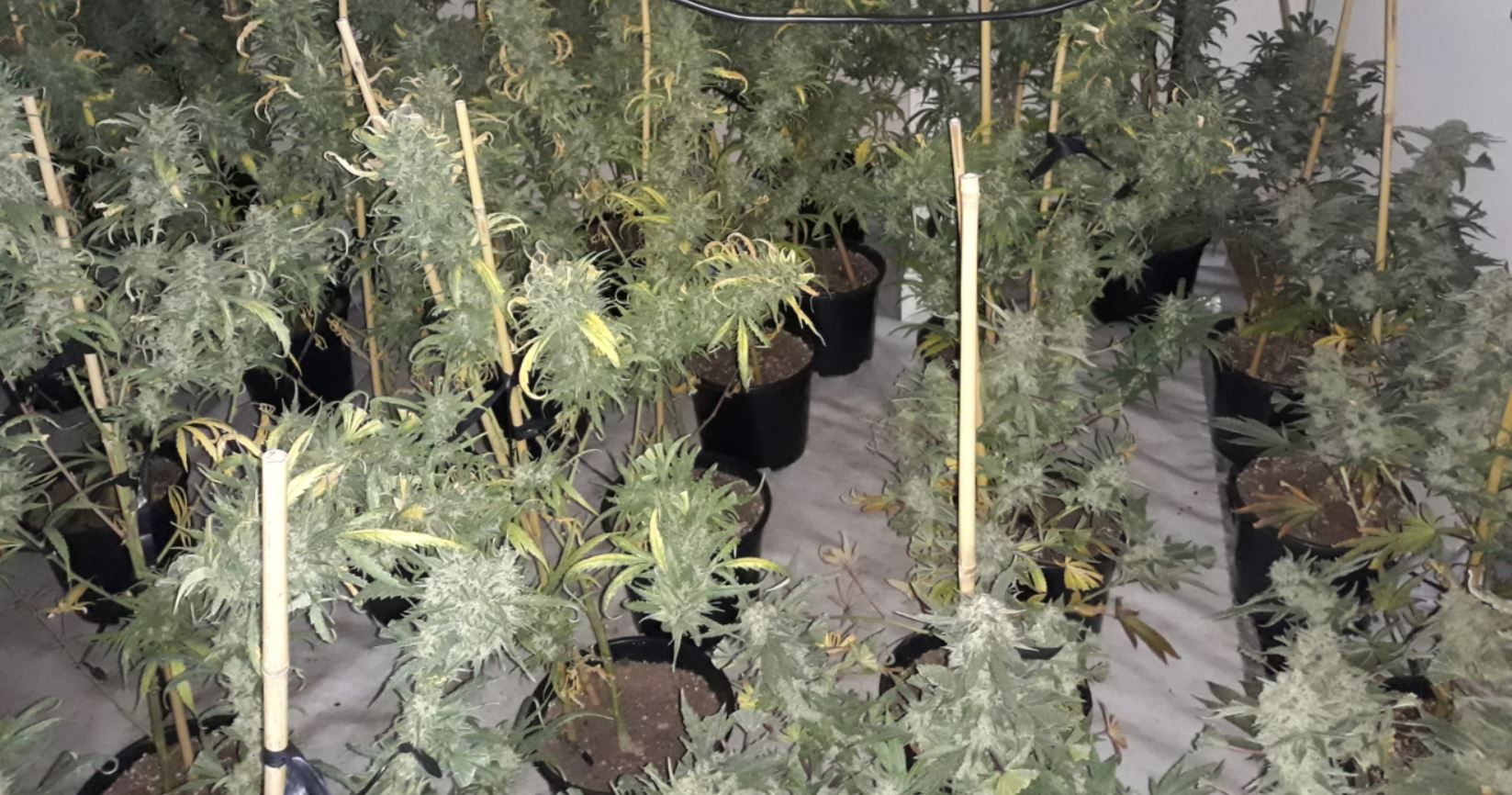 Officers out on patrol uncovered a large-scale cannabis farm worth more than £100,000 – after suspicions were raised by an alert neighbour.

Two PCs were patrolling in Fencehouses area of Houghton-le-Spring on Thursday (April 23) when a resident alerted them to alleged suspicious activity at an address that was believed to be vacant on Station Avenue North.

Upon entering the premises, the officers noticed a strong smell of cannabis – and after hearing scuffling, they spotted an occupant who had darted out of the front door.

After a short foot chase, officers arrested an 18-year-old man on suspicion of being concerned in the production of cannabis.

A search of the address then saw officers locate a large-scale cannabis farm worth an estimated £100,000 with plants in various stages of growth found in a number of rooms.

The plants were subsequently seized and an investigation is ongoing into the discovery.

Now Detective Inspector Neal Craig, of Northumbria Police, has thanked the member of the public who acted on their suspicions and alerted police.

“This discovery was made possible because a neighbour noticed something that did not look right and raised their concerns with officers who were out on patrol,” Det Insp Craig said.

“It is because of their decision to report their suspicions that we were able to discover and disrupt this sophisticated drug supply operation that could have seen hundreds of thousands of pounds worth of cannabis supplied to dealers across our region.

“These operations can have links to organised crime and we have now been able to take action to prevent criminals from making any further financial gain from this property, as well as seize mobile phones from the address which will assist in our ongoing investigation into this type of criminality.

“These large-scale farms are potentially fatal for those who live in neighbouring properties. The electric had been bypassed at the address, which could easily have caused a fire and led to devastating consequences.

“We make no apology for our zero-tolerance stance on this kind of criminality. Under the banner of Operation Sentinel, we will continue to work with our partners and the communities we serve in order to proactively target suspects, disrupt crime and protect the public.”

An 18-year-old man has been charged with being concerned in the production of cannabis and is due to appear before magistrates in Sunderland on a future date.