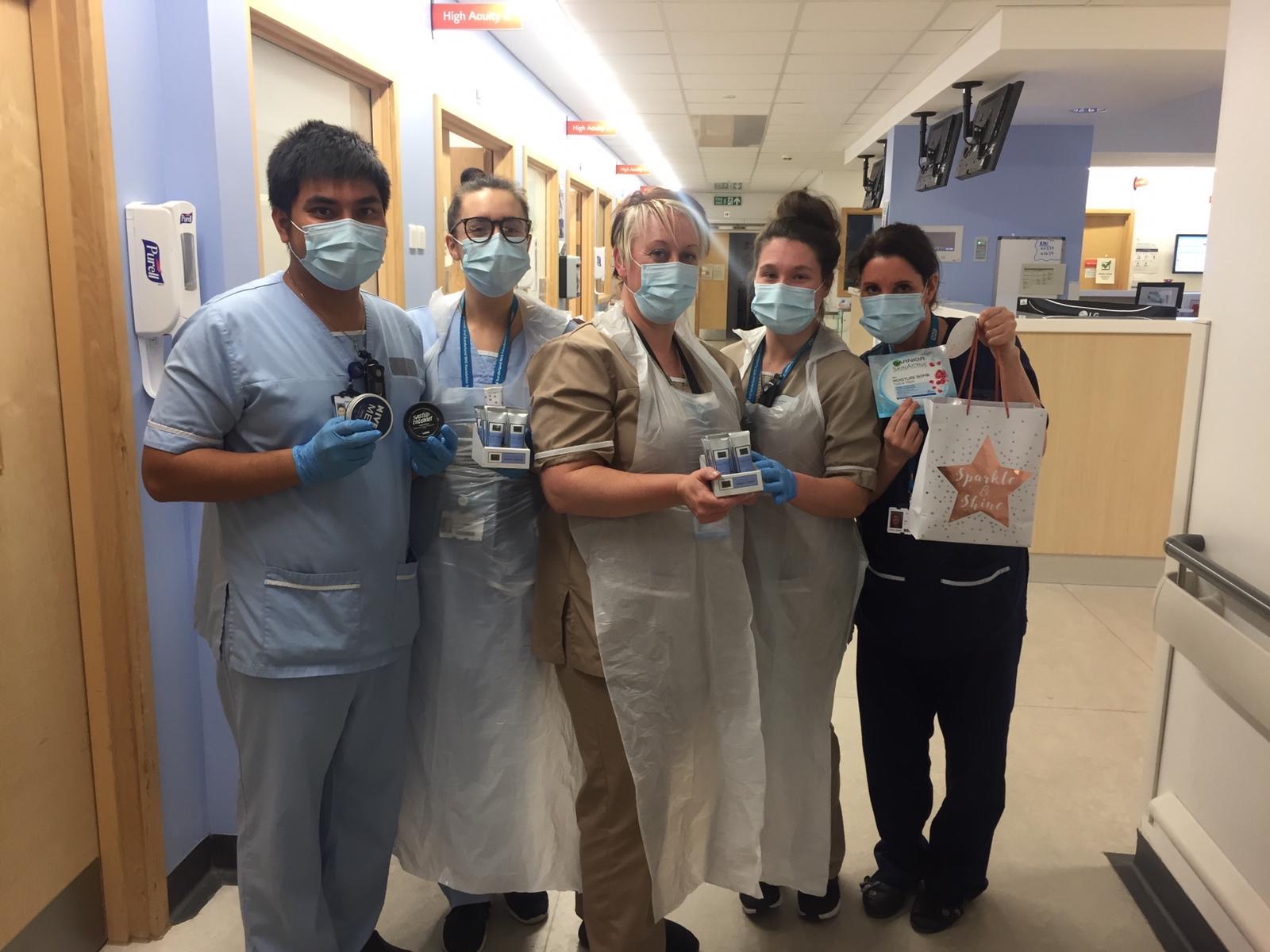 A kind-hearted detective teamed up with his neighbours to donate dozens of sets of hand cream to NHS staff battling the Coronavirus pandemic.

Detective Sergeant Andy Richardson spends his days investigating some of the most serious and violent crimes across Sunderland and South Tyneside.

But away from the station, the 41-year-old has recently coordinated a community initiative near his Wearside home as a gesture of thanks towards the NHS staff working around the clock at Sunderland Royal Hospital.

His family know first-hand of the incredible sacrifices being made by selfless NHS staff amid the Covid-19 pandemic – as his younger sister Kyna, a qualified nurse of 12 years, works in the hospital’s A&E department.

After initially mooting the idea in a WhatsApp group made up of those living on his street, Det Sgt Richardson soon saw the donations pour in – with dozens of sets of hand cream and skin-care products arriving from across the local community.

He was able to hand-deliver the products to his sister outside the hospital last week, who in turn has passed them on to her colleagues working on the wards.

“We are all indebted to the NHS and the incredible work that their brave staff and volunteers are doing every single day to save lives,” Det Sgt Richardson said.

“With Kyna working as a Sister in the A&E department, as a family we hear some of the countless stories of self-sacrifice and devotion that happen every single day.

“Like many across the communities we serve, I wanted to do something to help. Heavy hand-washing and frequent sanitising can have harsh effects on people’s skin so we thought this would be a nice way to say thanks to those on the front-line.

“With that in mind, I sent a few texts to my neighbours and the response was fantastic – it reaffirms the incredibly community spirit we have here in Sunderland and across Northumbria as a whole.

“It was only a small gesture, but hopefully one that helps those working in the NHS know just how much the community appreciates their ongoing hard work and dedication.”