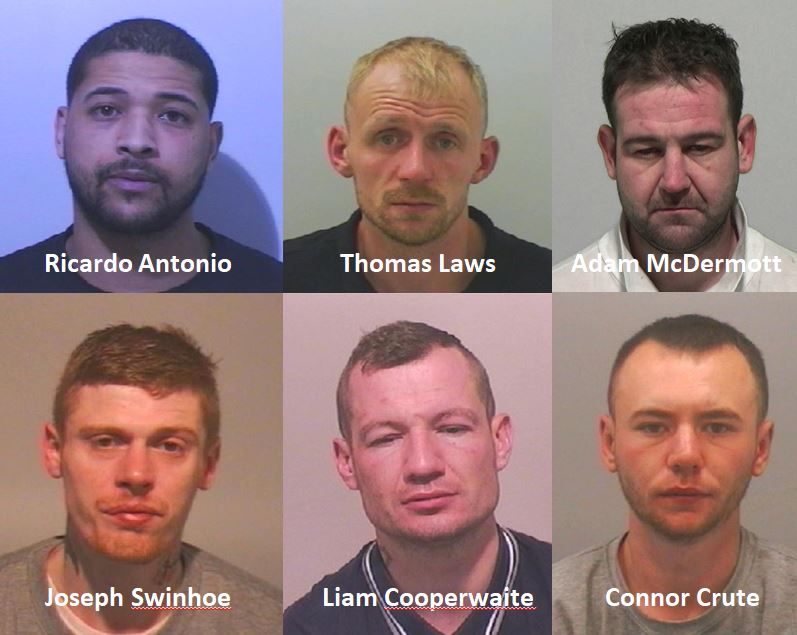 Detectives hunting for fugitives in the North East have today released their images as they ask the public for help locating them.

Northumbria Police have released pictures of six men who are all wanted in connection with serious offences alleged to have been committed in their region.

Despite rules around lockdown, none of the men have been residing at their home address and are believed to have been purposely avoiding police.

They are wanted for offences including burglary, assault, stalking and breaching the terms of their prison licence.

Extensive enquiries have been carried out to locate them and now police are appealing for help from the public to locate and arrest them.

The six suspects are:

Detective Chief Inspector Jon Bensley, of Northumbria Police, has also called on family and friends of the fugitives to contact police.

He said: “These men have been avoiding police for some time now and they are well aware we need to speak to them.

“They will all have their own accounts for these offences and we would urge them to get in touch as avoiding police is not doing them any favours.

“If you are family or friends of any of these men then we would also appeal to you to contact police with any information you may have.

“It is a criminal offence to harbour someone who is evading arrest and we do not want you to get in to trouble on the account of these individuals.

“We don’t want to encourage anyone to leave their home but, if you are out on an essential journey and see these men, then please get in touch.”

Anyone with information about the whereabouts of these men is encouraged to call 101 or independent charity Crimestoppers anonymously on 0800 555 111.