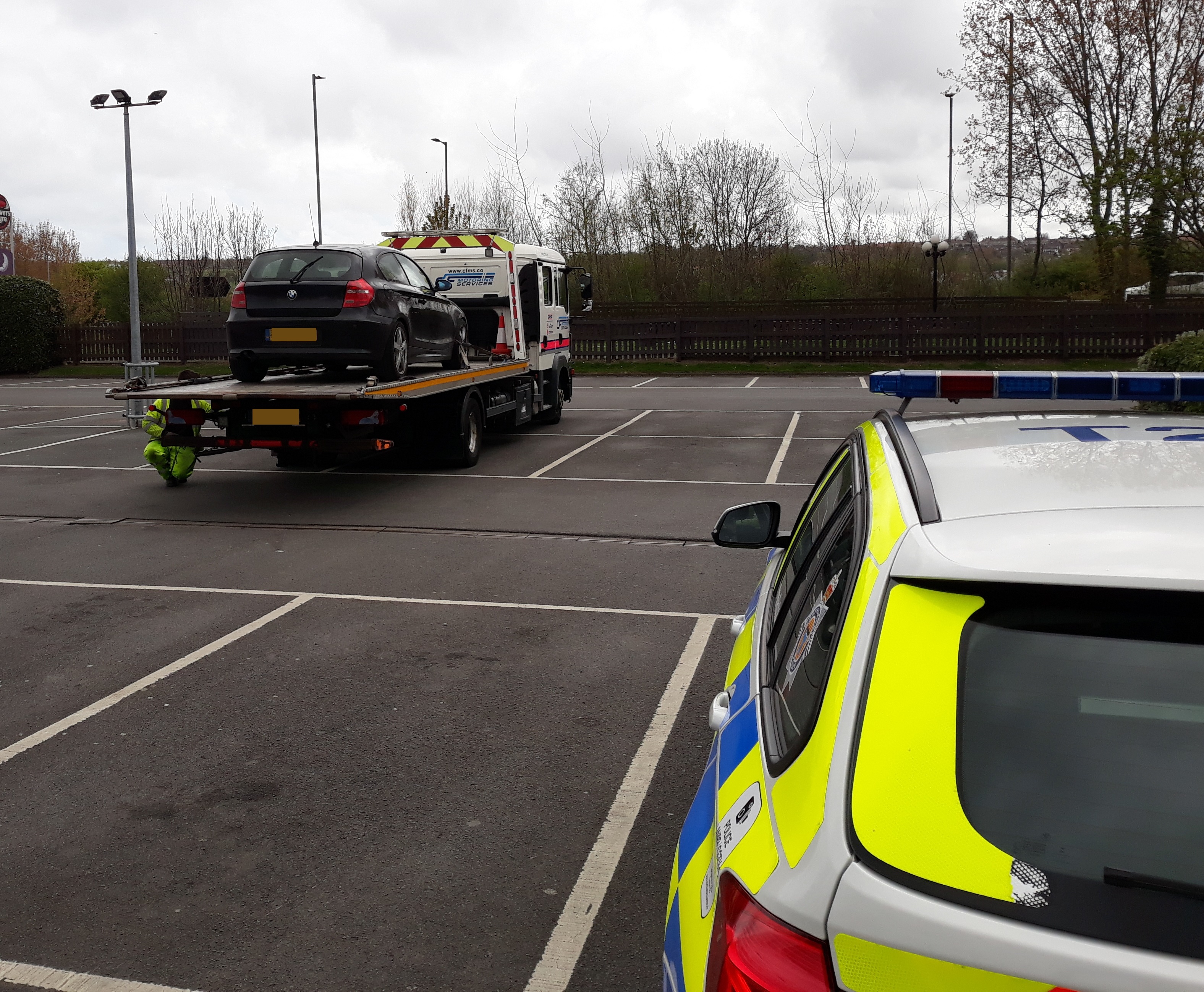 A car believed to be linked to drug dealing has been seized by police and taken off the road.

Officers from our Motor Patrols Department continue to proactively police the roads during lockdown to protect the safety of motorists who still need to use them.

With the vast majority of the public respecting the-stay-at home restrictions, the roads have been quieter.

But vehicles believed to be linked to organised crime have continued to operate – and it hasn’t gone unnoticed.

Officers were on patrol in North Shields when they saw a vehicle acting suspiciously on Tynemouth Road on Friday morning.

They checked it with the control room and found it was linked to suspected drug dealing in the area.

It was stopped and officers discovered the driver was not insured and did not have the correct documentation to be behind the wheel.

The BMW 118i was seized and the 39-year-old driver was reported for driving offences and will appear at court in due course.

Chief Inspector Sam Rennison said: “This was a great piece of work by officers and it has resulted in this vehicle being taken off the road.

“It has been linked to suspected drug dealing in the area and although we found nothing in the vehicle, it was being driven without the appropriate documentation.

“The driver will appear in court in due course and was left with a long walk home after the car was uplifted.

“We will continue to target anyone we suspect to be using our road networks for suspected criminal activity.”

Anyone who wants to report suspicious behaviour to police can do so by visiting the Northumbria Police website.