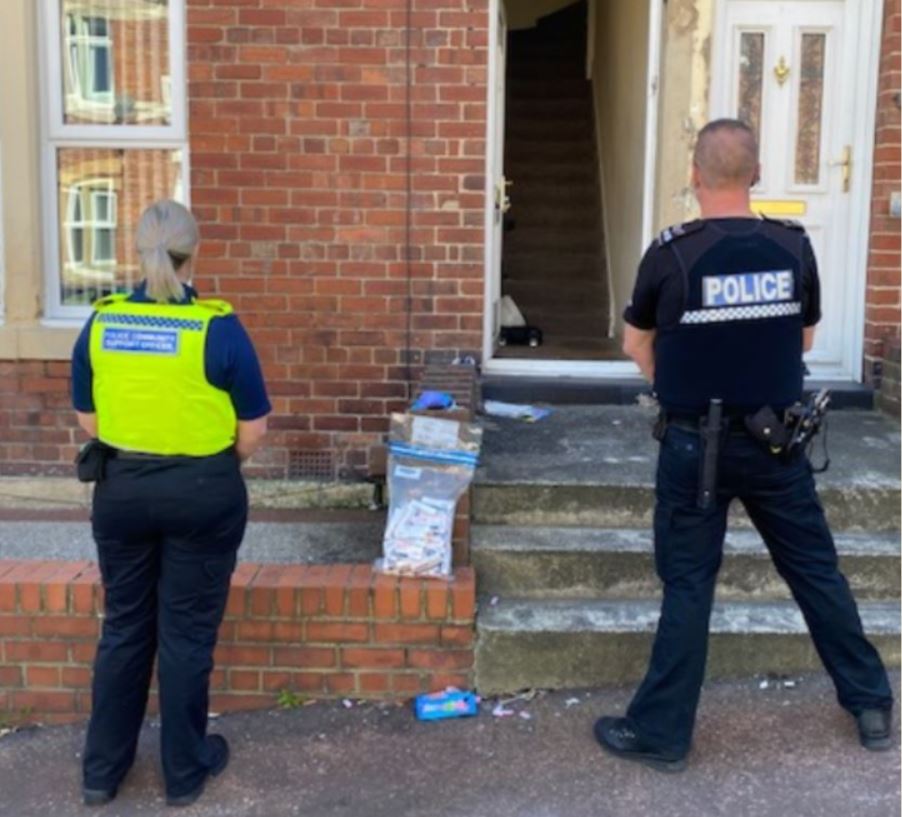 Cops forced entry to the house and recovered a quantity of suspected amphetamine and diazepam, as well as a machete, mobile phones and cash.

The items were seized as part of an ongoing investigation, and officers arrested two men – aged 26 and 31 – on suspicion of possessing a controlled drug with intent to supply.

Both have been released under investigation and enquiries remain ongoing.

Sergeant Elliott Richardson, of Northumbria Police, said: “This was a successful warrant executed on a property as a result of information we received members of the community.

“They were concerned about suspected illicit activity at this address and as a result we were able to get inside and secure vital evidence which will assist with our ongoing investigation into drug supply in the area.

“It was certainly a rude awakening for the occupants. Two men were brought into custody to assist officers with their enquiries, and we were also able to seize a number of items believed to be involved in serious criminality in the area.

“We do not apologise for our zero-tolerance approach towards this type of criminality and would like to thank the public for their ongoing support. Anyone who suspects any address in their area is associated with criminality is asked to get in touch.”

Meanwhile on Thursday, shortly before 8am, officers in South Tyneside executed a warrant at an address on Hope Street in Jarrow.

After carrying out a search of the property, officers seized a quantity of cannabis along with a number of other items believed to be associated with drug supply including cash and mobile phones.

A 35-year-old man was arrested at the scene on suspicion of being concerned in the supply of cannabis.

He remains under investigation for that offence and has since been charged with possessing a Class B drug and attempted possession of a Class C drug. He is due before magistrates in South Tyneside next month.

Anyone who wants to report information about drug dealing can do so online at the Northumbria Police website.

If you do not have access to the internet you can call 101 or independent charity Crimestoppers anonymously on 0800 555 111. 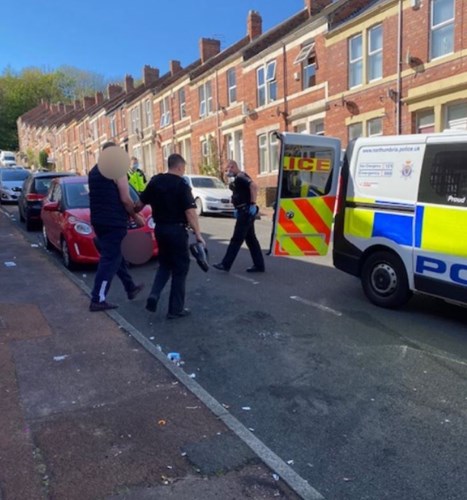