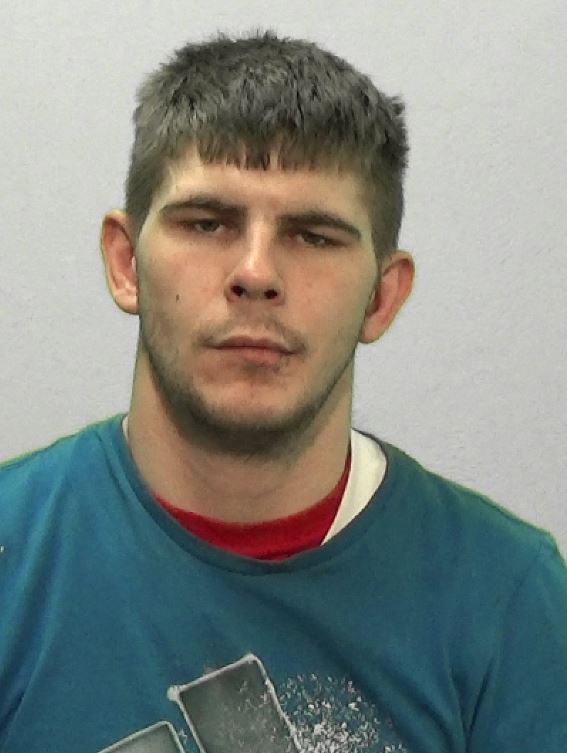 Mark McManus, 24, showed a total disregard for the law as he armed himself with a knife and smashed his way into a number of parked vehicles in the Thornhill area of Sunderland on March 21.

Wearing a high-vis jacket, McManus broke into a Jaguar shortly after 6.30am and pocketed a watch and a wallet from inside – but inadvertently woke the occupant.

After the victim came outside and saw his car had been broken into, he got into his wife’s vehicle and drove around the estate – and spotted McManus breaking into a black BMW using the base of the knife.

As police were deployed to the scene, the victim kept an eye on the man’s location and guided officers directly to his location.

McManus, of no fixed abode, was subsequently arrested and charged with various offences. He admitted three counts of theft from motor vehicles and possessing a knife when he appeared at Newcastle Crown Court on Monday (April 20).

A judge subsequently jailed him for eight months.

Inspector Jamie Southwell, of Northumbria Police, has now thanked the victim and says officers will continue tackling car-related crime and putting perpetrators before the courts.

“I would like to praise the victim in this case – they have helped us bring a shameless thief to justice,” Insp Southwell said.

“After realising he had been a victim of crime, the resident rang us – and passed on vital intelligence after he saw a man breaking into another car on the estate.

“His information allowed us to deploy officers to the scene and McManus was subsequently arrested and found to be in possession of a knife. He now will have time to reflect on his crimes in prison and I hope he thinks carefully about the effects his selfish behaviour have on others.

“We take all vehicle-related crime incredibly seriously and know it is an issue that is important to the communities we serve. As a result, we have officers out on patrol every single day looking to bring those offenders who try to steal other people’s belongings to justice.

“I would encourage anybody who sees anybody acting suspiciously in their neighbourhood, or who believes they have been a victim of crime, to get in touch with us as soon as possible and report it.”