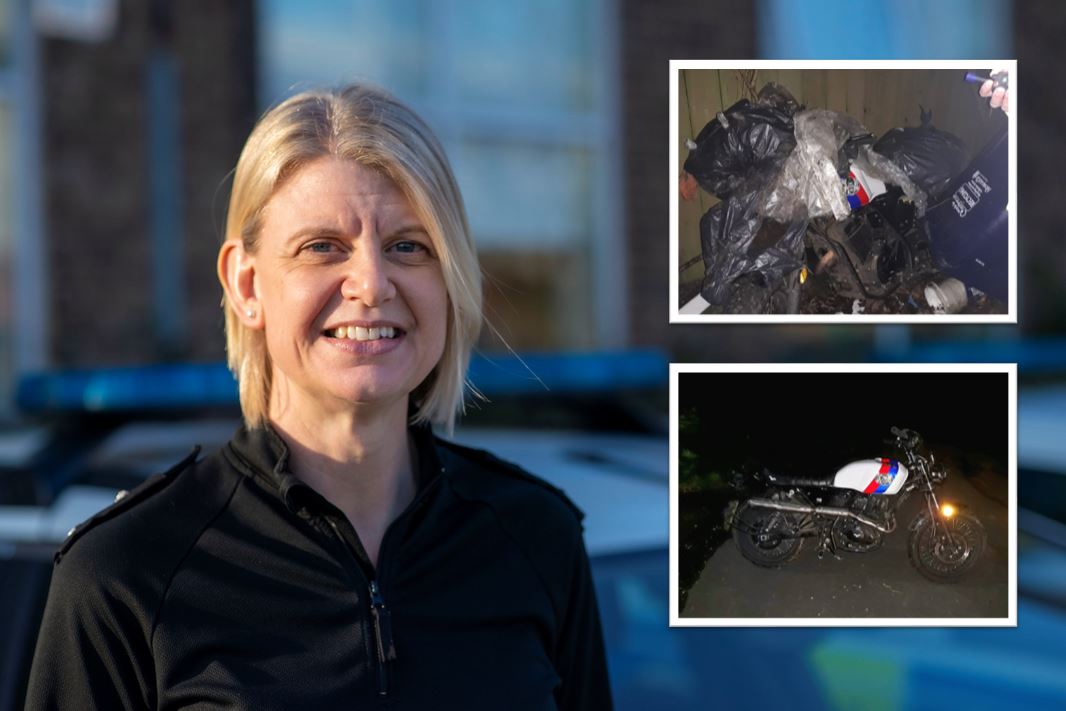 A vigilant resident in Newcastle has been praised by police for helping to track down a stolen motorcycle – while staying at home to help save lives.

Officers at Northumbria Police have praised the member of the public after he helped locate the stolen vehicle near Morrisons in Cowgate at the weekend.

At about 8.45pm on Sunday police received a report from the eagle-eyed resident who spotted a teenager parking the bike behind the supermarket.

He followed police advice to use the online reporting forms to inform officers that a teenager had hid the bike behind the supermarket and covered it in rubbish bags.

Officers were at the scene in a matter of minutes before they located a Lexmoto Tempest 125cc motorcycle reported stolen from an address in Benwell five days earlier.

It is now being returned to its owner while an investigation to identify those responsible continues.

Today (Thursday), Neighbourhood Inspector Julie Rana has praised the vigilant member of the public who reported the suspicious behaviour.

“This was a fantastic result that was a great example of the local community working together with police to achieve a positive result,” said Insp Rana.

“The resident may have been self-isolating but they still noticed something that didn’t seem quite right and decided to report it.

“They followed our advice to report non-emergencies online, and that was quickly passed to response officers who then attended and seized the bike.

“We have now been able to return it to the owner and this case shows just how well we can work together, even with the Coronavirus restrictions in place.

“Enquiries to identify those responsible for the theft are ongoing but we want to thank the public for continuing to work with us to keep our communities safe.”

The motorcycle had been stolen from the rear yard of a house on Diana Street in Benwell between 10.30pm last Tuesday evening and 8am the next day.

Enquiries to locate the person responsible is ongoing but anyone with information is asked to report it online at the Northumbria Police website quoting log 143 25/03/20.