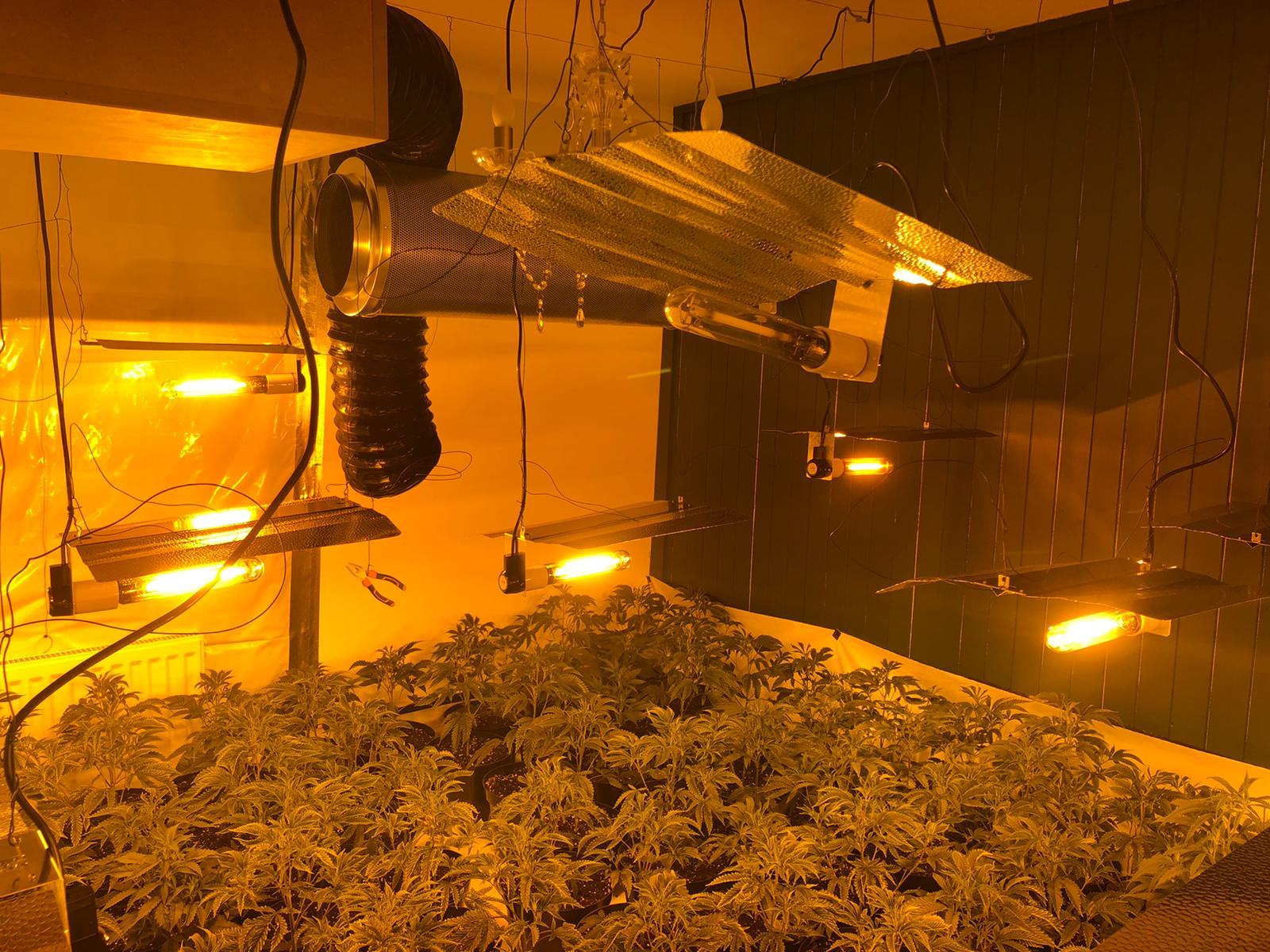 A suspected cannabis farmer has been arrested after residents trusted their noses and helped police uncover an estimated £100,000 drug operation.

Police were tipped off about the address on Whitewell Lane Ryton due to the strong smell of cannabis coming from the property.

At about 3.10pm on Easter Sunday police forced entry to the address and uncovered a cannabis farm containing more than 140 mature plants worth an estimated £100,000.

As they entered the building a man fled out of the back door but was arrested by officers guarding the rear of the property.

The 23-year-old was arrested and has since been charged with production of cannabis and abstracting electricity.

Today (Wednesday) Neighbourhood Sergeant Warren Sturrock has praised the community for working with officers to sniff out criminality on their street.

“This was a bit of good, old-fashioned community policing where officers listened to concerns of the community and uncovered this cannabis farm,” said Sgt Sturrock.

“This isn’t being grown for personal use. It is a significant farm where the electricity has been tampered with and the yield of the plants is estimated to be worth £100,000.

“We believe the profits of this farm would line the pockets of criminal and we will continue to crackdown on organised crime. I am glad that the man arrested at the address has been charged to appear in court.

“Being in lockdown does not mean we will stop tackling suspected criminality in your communities and I hope this result offers some reassurance.”

Anyone who wants to report suspected criminality activity can do so by searching ‘Northumbria Police – Tell Us Something’ online.

If you don’t have access to the internet then call us on 101. Always call 999 in an emergency.

For guidance and to follow at court: The man charged is Ly Van Nguyen, 23, of no fixed abode.