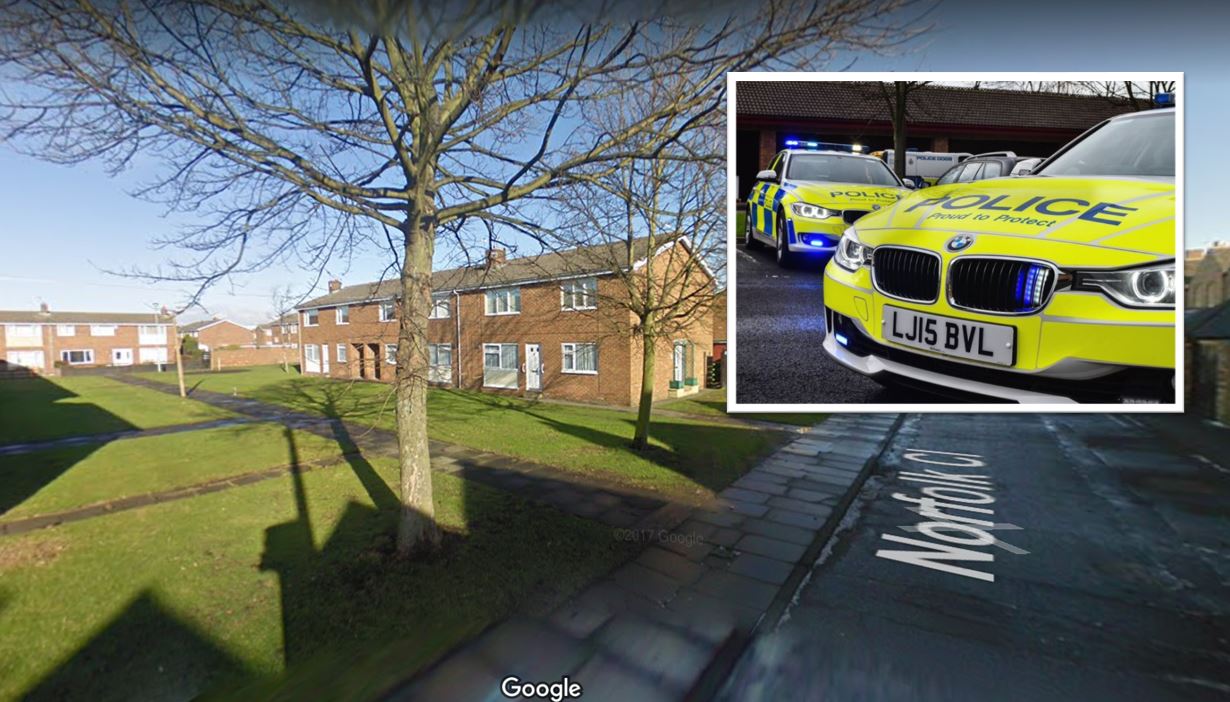 A suspected dangerous driver has been arrested after a police pursuit ended with officers winning a foot chase in Northumberland.

Officers from Northumbria Police’s Motor Patrols Department were on patrol in Ashington on Saturday evening when they received reports a vehicle was driving dangerously in the town.

At about 10.15pm they spotted a silver VW Golf and signalled for it to stop, only for the driver to ignore the warnings and slam his foot on the accelerator.

A pursuit was authorised and police followed the car through Ashington and observed the occupant driving in an erratic and dangerous manner.

The National Police Air Service (NPAS) helicopter was also deployed and the pursuit resulted in the VW Golf being abandoned on Norfolk Close.

Officers continued the pursuit on foot and were able to track the suspected driver to a nearby garden where he was placed under arrest. He was also found in possession of a quantity of drugs.

Inside the address, officers also located a man who was wanted in connection with a number of outstanding matters, including a dangerous driving offence linked to a separate incident.

During a search of the house, officers also found a further quantity of drugs and cash that were subsequently seized.

Chief Inspector Sam Rennison, who heads up the Motor Patrols Department, has now praised the skill and determination of the responding officers.

She said: “This was a fantastic piece of work between local police, motor patrols officers and the NPAS helicopter that has resulted in two arrests.

“This vehicle was driving in a dangerous manner and we had real concerns that the incident could result in someone being seriously injured.

“Those officers have shown great skill to safely bring the pursuit to an end, with the support of the police helicopter who was directing them to the suspects.

“They have then shown their fitness levels by chasing down two people believed to have fled the vehicle on foot and I have nothing but praise for them.

“Not only has it resulted in two arrests for dangerous driving but we have also secured quantities of drugs and cash at the address.

“This incident shows that we are putting our resources in the right areas and allowing officers to follow up on intelligence and tackle suspected criminals on our road network.”

The 29-year-old suspected driver has since been charged with dangerous driving, failing to stop, failing to provide a specimen, driving with no insurance and driving without a licence.

He appeared at North Tyneside Magistrates’ Court today (Monday) where he was released on bail to appear before Newcastle Crown Court on May 18.

The second man found inside the address, who is aged 24, has also since appeared in court and released on bail to appear before the crown court on May 21.

Anyone who wants to report dangerous driving to police can do so by visiting the Northumbria Police website or by calling 101 if you don’t have access to the internet.

You can also contact independent charity Crimestoppers anonymously on 0800 555 111.