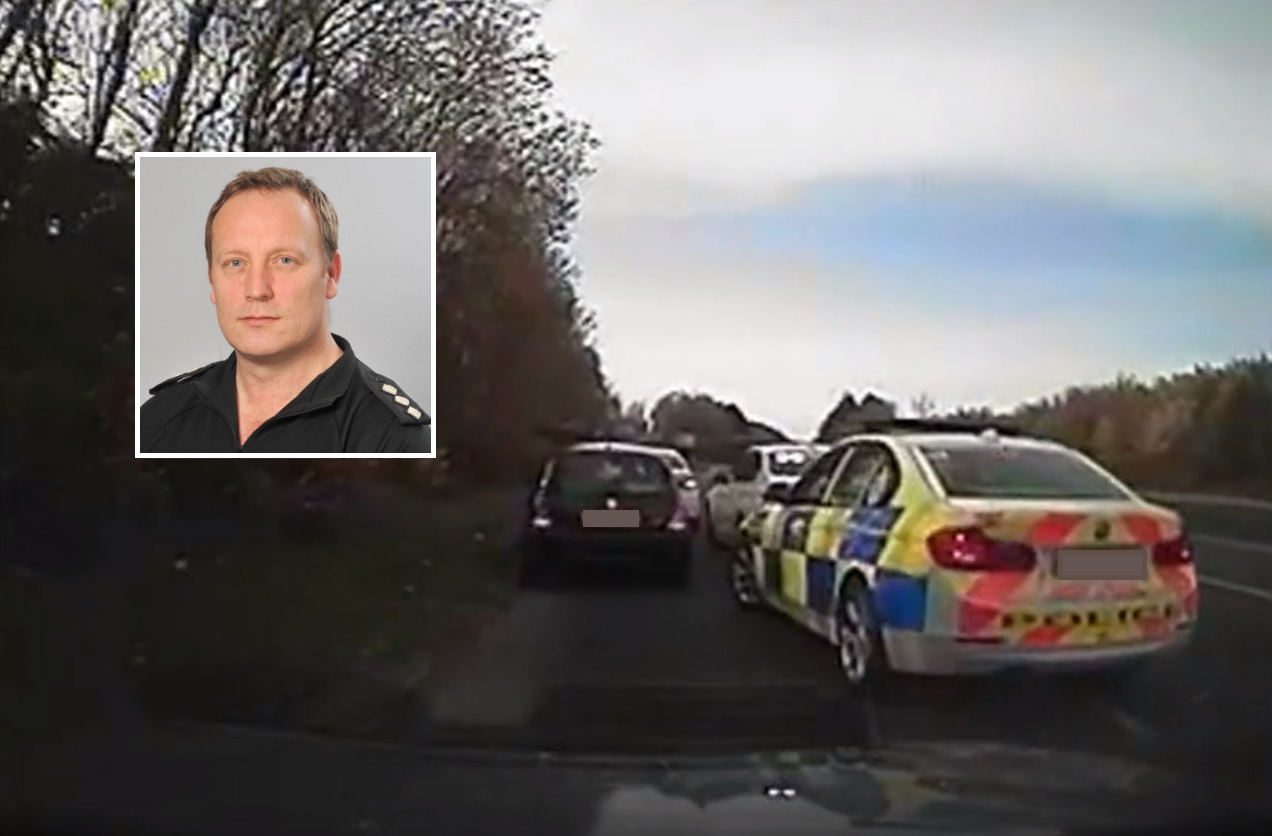 Three men have been arrested after a car was pulled over by police – and a search dog sniffed out a haul of Class A drugs.

Northumbria Police have praised the teamwork of officers after the arrest of the three men, aged 38, 37 and 30, on Thursday evening.

Officers in Northumberland had been gathering intelligence on a number of individuals suspected to be involved in drug dealing.

As part of that work they had identified a number of vehicles that were suspected to have been using the road network for criminality.

Traffic officers at the Force’s Operation Dragoon team were deployed across the region to locate the vehicles in question.

And at about 5.30pm on Thursday a Renault Clio was stopped on the Spine Road in Northumberland in relation to concerns it was involved in organised crime.

Up stepped PD Kipper who followed his nose and soon helped officers uncover a haul of suspected crack cocaine and heroin in the possession of the front seat passenger.

Today Chief Inspector Ron Charlton has praised the teamwork of the officers that resulted in the three men being brought into custody.

He said: “The roads may be quieter but we know they are still being used by those involved in organised crime.

“This presents us with an opportunity to target our activity based on intelligence that we’re receiving from some of our expert analysts.

“On this occasion we have done just that and our colleagues in Operation Dragoon have been able to locate a vehicle previously linked to suspected criminality.

“They have pulled it over and then it was over to PD Kipper who helped officers uncover the haul of Class A drugs.

“It was an all-round excellent piece of police work and shows how well different teams work together to tackle and disrupt organised crime.

“We will continue this work under the banner of Operation Sentinel and would ask anyone with information about criminality to get in touch.”

The 28-year-old man has since been charged with two counts of possession of a Class A drug with intent to supply and is set to appear before North Tyneside Magistrates' Court today (Monday).

The other two men - aged 37 and 30 - have since been released under investigation pending further enquiries.

Anyone who wants to report information about drug dealing can do so online at the Northumbria Police website.

If you do not have access to the internet you can call 101 or independent charity Crimestoppers anonymously on 0800 555 111.

For guidance: The man charged is Michael Young, 28, of no fixed abode.
back to top