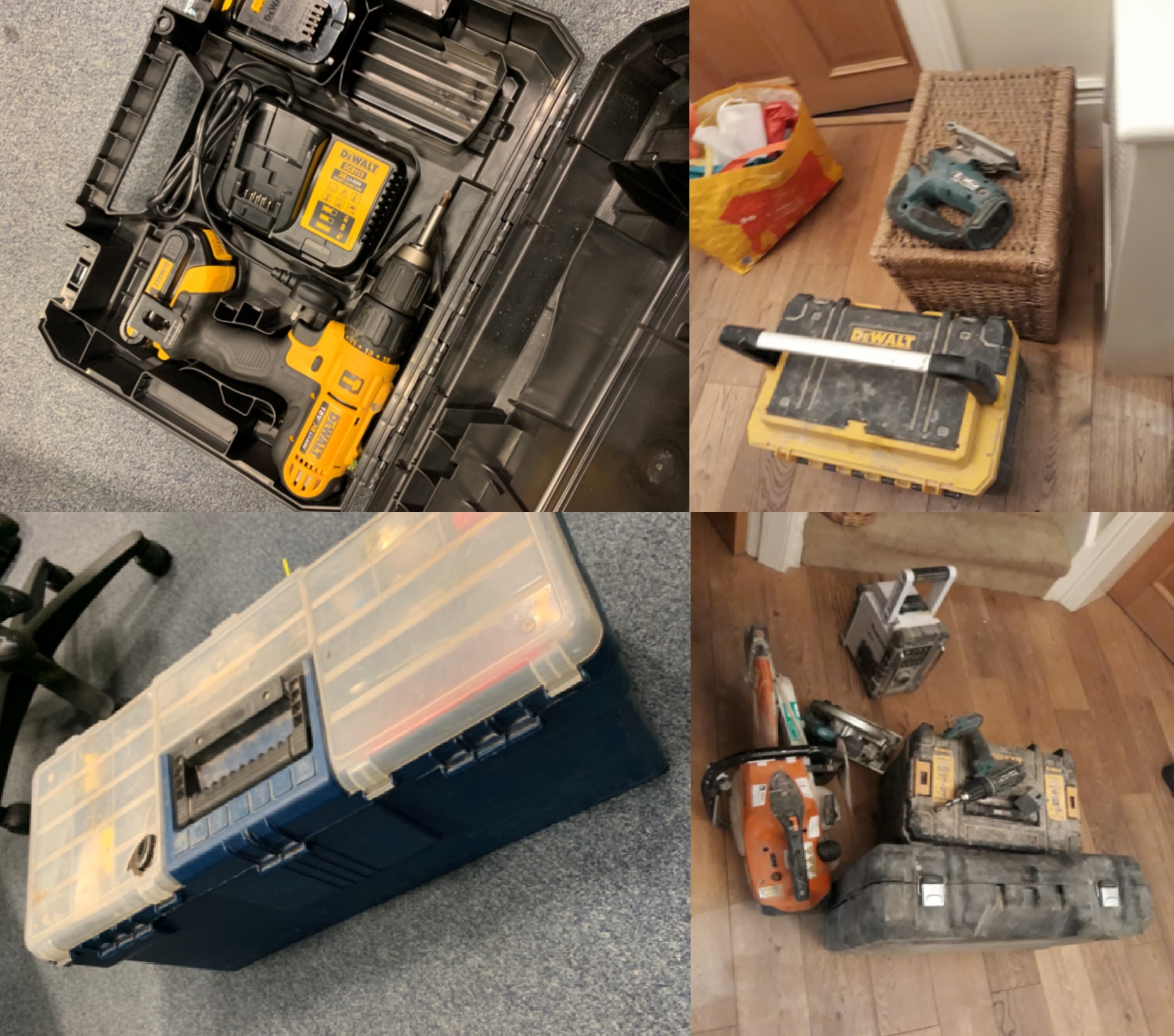 A tip-off from a member of the public led to the recovery of a haul of stolen goods – and the arrest of a suspected thief hiding in a loft.

At about 2.20am on Monday a man contacted police after he witnessed two men breaking into a van on Appletree Gardens in Walker.

He contacted our control room and reported that the men were in a silver VW Golf and had stolen tools from the van.

The men had fled before he had a chance to disturb them but because of his call Motor Patrols officers were quickly able to locate the vehicle.

It was traced to an address in Wallsend at which point we forced entry to the address and carried out a search.

Once inside we uncovered a haul of stolen tools and gardening equipment, including those stolen from the van on Appletree Gardens.

Two suspects were arrested inside the property, including one man who was found hiding in the loft.

Chief Inspector Sam Rennison, who oversees the work of our Motor Patrols Department, has today praised the teamwork of officers.

“This job started with a fantastic bit of work by a member of the public who noticed something suspicious and diligently took down the registration of the suspects’ car,” said Chief Insp Rennison.

“That information allowed our Motor Patrols officers and Firearms Support Unit (FSU) to quickly track the vehicle down to an address in Wallsend.

“Together with local response officers they have then uncovered a haul of suspected stolen goods and arrested two men who were also wanted for outstanding offences.

“They have since been released under investigation pending further enquiries but it really is a great piece of all round work by a number of departments.

“In particular I want to praise the man who alerted us in a timely fashion and I would encourage the wider public to report similar suspicious incidents.

“By working together as a community we can continue to target opportunistic thieves and put them before the courts.”

The two men arrested – aged 36 and 28 – have been released under investigation pending further enquiries.

Anyone who wants to report suspicious activity to police can do so by visiting the ‘Tell Us Something’ pages of our website.