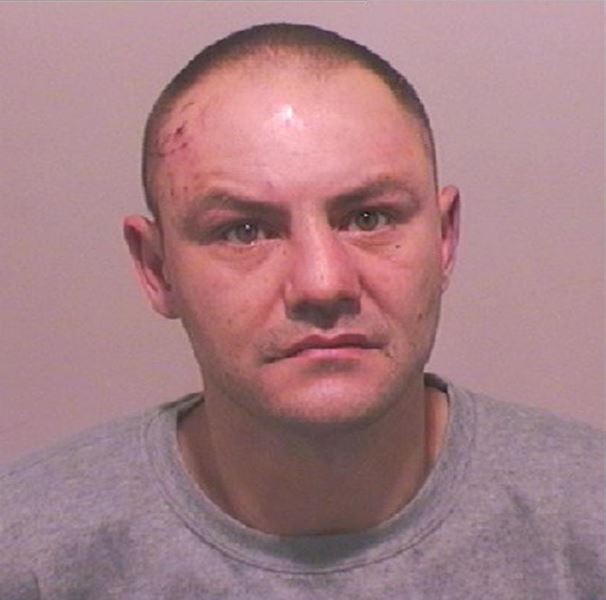 Watson, 39, has been jailed for five years following the unprovoked attack outside a pub in Seaburn

A violent thug who was jailed for brutally assaulting a man and his girlfriend has been told he is “incredibly fortunate” not to have faced possible murder charges.

Paul Watson, 39, repeatedly stamped on the man’s head and punched his female partner following a disagreement in Seaburn on September 1, 2018.

Watson initially argued with the pair inside the Royal Marine pub, but as they left hours later, the aggressive defendant was waiting for them and carried out a savage attack.

He proceeded to knock the male to the floor before stamping on him repeatedly, including a two-footed stamp on his head, before punching his girlfriend during a fit of rage.

The male victim suffered severe bruising and swelling to his face and head, as well as a broken nose – but amazingly avoided more serious injuries.

Watson, of South Durham Street, Sunderland, pleaded guilty to assault and attempting to cause grievous bodily harm when he appeared at Newcastle Crown Court on Wednesday.

A judge subsequently jailed him for five years with a three-year extension to his licence.

PC Lorna Waters, who investigated the case, said: “This was a savage and callous attack on two innocent members of the public who were enjoying a night out together at the pub.

“But as they left, Watson carried out an unprovoked and sustained assault on both victims – using a horrifying level of aggression and violence that could so easily have resulted in devastating injuries.

“Quite frankly, after stamping on the man’s head with both feet and repeatedly kicking him, we could so easily have been dealing with a murder investigation and Watson is incredibly fortunate that his victim did not suffer life-threatening injuries.

“There is absolutely no place for this type of criminality or violence in our community, and I am pleased that the judge has recognised the severity of Watson’s actions and handed down a significant custodial sentence.

“I would like to thank both victims for the incredibly bravery and cooperation they have shown throughout this difficult investigation, and sincerely hope this sentence can allow them to move on with the rest of their life.”

In a statement issued to the court, the female victim described the profound effect that the assault has had on her life.

“This incident has left me extremely anxious and nervous,” she said.

“I am a mother of a young daughter and when I thought that this male was going to kill me, the thoughts of what would happen to my daughter were racing through my mind.

“Those thoughts are still with me and have traumatised me, to the point I immediately become tearful and upset when recalling them.”