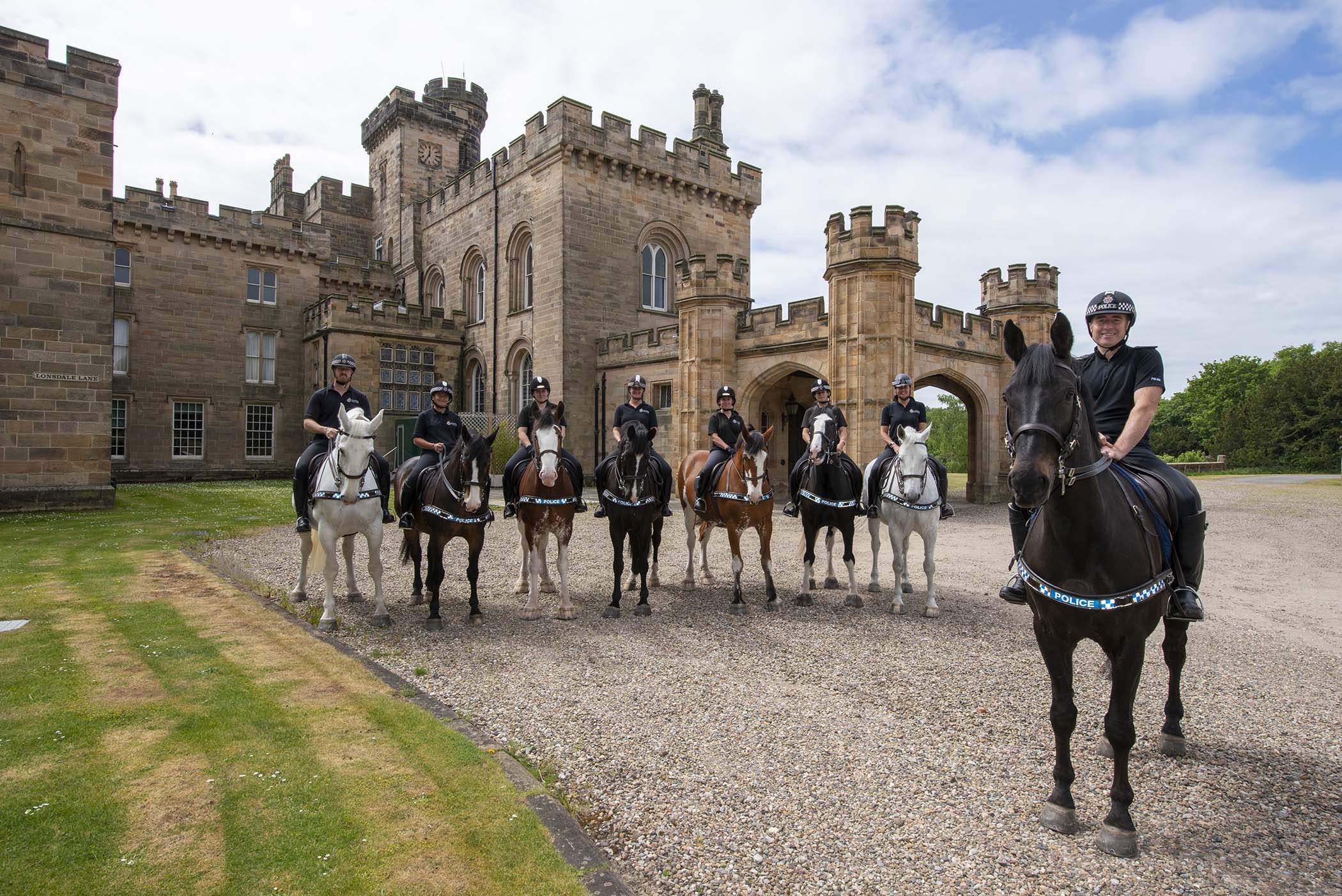 Officers in Mounted Section ask the public for help – in their search for new horses!

Officers in Northumbria Police’s Mounted Section are asking the public for their help – in their search for new horses!

Founded in 1857 The Force’s Mounted Section was started with just one horse, a gift to the then Chief Constable.

Fast forward to the present day and the team now boasts a team of eight with plans to grow the four-legged team.

Sgt Coates said: “The section recently moved to a new location near Chester-le-street and now is the perfect time to expand the team and we are asking horse owners to consider whether their animal would be suitable for a career in the police.

“We take very good care of the horses who work for Northumbria Police and they get pampered by the fantastic team we have here.

“When they’re out on patrol they get a lot of attention from the public who love to find out a bit about them and give them a stroke.

“But they also have a serious job to do and they are a fantastic asset to have in public order scenarios whether that be a protest or a football match.”

We are looking to recruit horses between 16.2hh and 17.3hh of a draught type, that could be a Clydesdale, Shire, Irish Draught or a cross.

Both mares and geldings between the ages of five and 12-years-old will be considered.

There is no requirement to be well schooled but the ability to walk, trot and canter is preferred. It is also desirable for them to be good with farrier, to clip, load and in traffic.

Anyone who believes their horse would be well suited to a life in the Force, should contact the Mounted Team who, after initial discussions, will arrange a visit.

If the equine looks promising, next they will be invited to take part in a four week trial and if they pass their trial, then they will undergo an intensive training course.

Sgt Coates said:  “The course isn’t easy and not every horse is cut out for a life in the Police– they need to be resilient, fearless and genuinely fond of attention as a huge part of our role is engaging with the public and people love to come say hello to our horses and give them a pat and a sly snack.

“But if they are up to the challenge - rest assured they will be immensely well cared for and loved by all our riders, grooms and the wider policing family here at Northumbria Police. This is an honourable job for any horse.”

On completion of the course, the four-legged team member would receive a special Police Horse name, beginning with P, in line with the rest of their horsey colleagues - Peroni, Perth, Pluto, Percy, Penelope, Patronus, Potter and Parker.

Do you think your horse has what it takes? Email Sgt Coates at 2879@northumbria.pnn.police.uk.