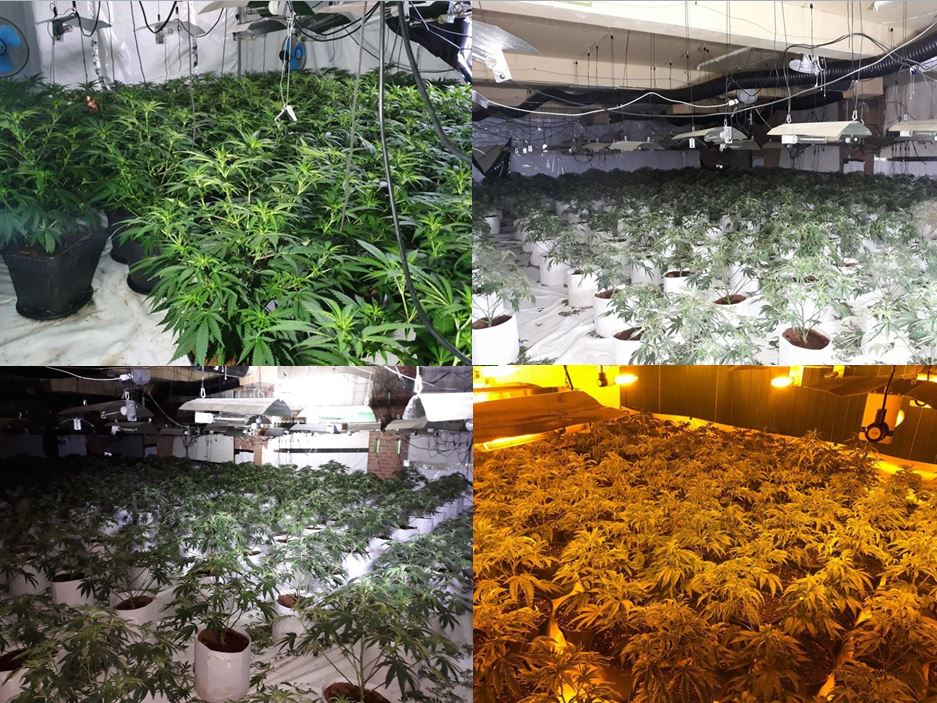 We’re asking landlords and members of the public to help us continue to tackle organised crime.

The message follows months of action which has seen a number of large-scale cannabis farms dismantled – including one concealed inside a unit on the Fish Quay in North Shields worth an estimated £1m.

Kevin Benson works as the Government Agency Intelligence Network (GAIN) coordinator for the North East Regional Special Operations Unit (NERSOU) and has assisted with a number of the region’s recent operations and is urging the public to help by continuing to report suspicious activity.

He said: “We have had some great results in the past few months –we’ve dismantled multiple farms, arrested suspects and even safeguarded a number of people who had been found inside them who were working illegally and being exploited.

“Through this disruption activity we’ve also been able to prevent a significant quantity of harmful substances being sold on our streets and stopped these shameless criminals from making money in abhorrent ways.

“In order for us to continue our work, it is very important you, the public work with us – you are our eyes and ears. And, even though officers pride themselves on having strong ties with their communities, the reality is we can’t be on patrol everywhere all the time - so we really rely on your assistance.

“We would also encourage landlords, in particular those of you who own industrial units to be vigilant at this time and ask, where possible, you regularly visit your premises and make sure nothing suspicious is going on. And, please make sure you carry out back ground checks on those who want to rent units.”

Another strand of Kevin’s work is to tackle Modern Day Slavery by bringing various law enforcement agencies together with local authorities and other partners to carry out disruption activity at businesses suspected of exploiting people such as nail salons and car washes.

He added: “Suspicious behaviour can be anything that just doesn’t sit right with you – it could be late night activity at a particular household, it could be multiple vehicles coming and going at all hours or it could be people loitering around a building – trust your instincts – if it doesn’t feel right, it probably isn’t.

“I would ask anyone who thinks they have seen something suspicious, or who has concerns about anyone’s welfare or the conditions they are living and working in to let us know.”

To report suspicious activity visit the Northumbria Police website and use the Tell Us Something page, or call Crimestoppers anonymously on 0800 555 111.