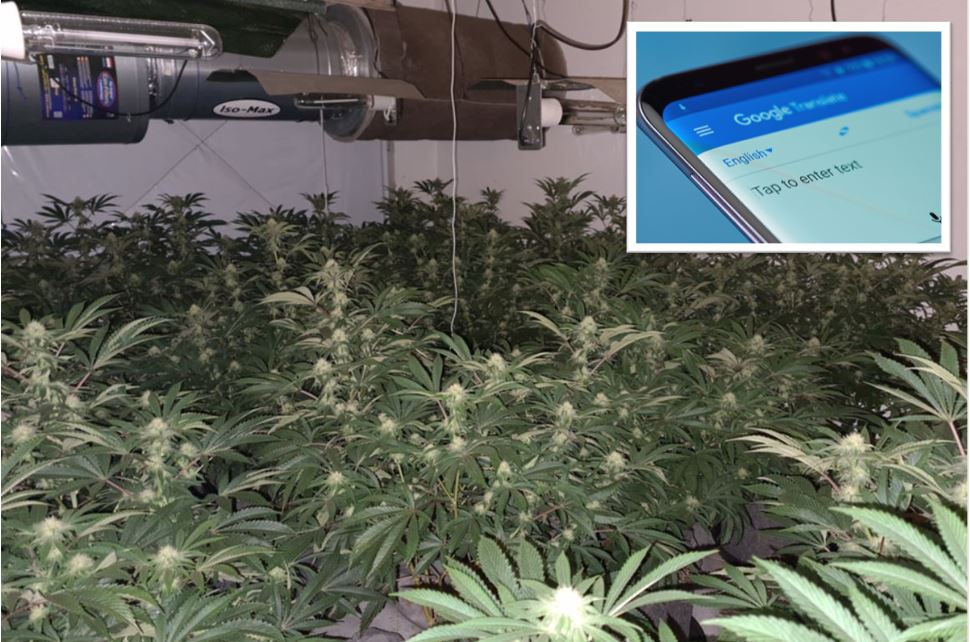 A suspected drug dealer who was stopped by police inadvertently showed officers a video of a huge cannabis farm – while trying to access Google Translate.

On Wednesday evening (December 9) officers were on patrol in the Rainton Bridge area of Houghton-le-Spring when they saw a grey Mercedes that roused suspicion.

After stopping the car and speaking to the occupants, officers noticed the strong smell of cannabis – but a search of the vehicle proved negative.

One of the suspects did not use English as his first language, so in a bid to fully understand officers, he opened up his phone to click on Google Translate.

But much to his horror, a video appeared on his screen which showed a significant cannabis farm in operation.

Officers quickly placed the pair under arrest, and following further enquiries, they accessed a property in Easington Lane which was found to be the base for a significant cannabis operation.

More than 600 cannabis plants in various stages of growth were found covering three floors. The farm was subsequently dismantled and the drugs seized.

Sergeant Steve Passey, of Northumbria Police, said: “This was a rather unusual incident which saw a suspect open up his phone to try and use Google Translate – but inadvertently showed us a video of a cannabis farm in the area.

“It’s safe to say the suspect was a little shocked and tried to quickly lock his phone in the hope that nobody had seen.

“Unfortunately for him, that resulted in him and his associate spending a night in a police cell – and we were able to carry out further enquiries which led us to an address on High Street in Easington Lane.

“Inside, a sophisticated cannabis operation was found and we have now been able to dismantle that and ensure those drugs do not make their way onto our streets.

“Quite often, cannabis farms such as these can be used to fund more serious criminality across the region, so this seizure will provide a dent in the pockets of those behind it.

“I’d also stress that these cannabis farms can be a potential death trap – often the electricity has been by-passed which poses a serious and real fire risk to not only the property involved, but families living in the vicinity.

“We do not apologise for our robust stance towards this type of criminality, and under the banner of Operation Sentinel, we will continue to target serious criminals and put those who undermine the fabric of our communities behind bars.”

The two men – aged 38 and 22 – were arrested on suspicion of the production of a Class B drug. They have since been released on police bail.

Enquiries are ongoing into the discovery. Anyone with information about drug misuse or supply in your area is asked to contact police via the ‘Tell Us Something’ page of our website or by calling 101.

In an emergency or if a crime is happening, always ring 999.