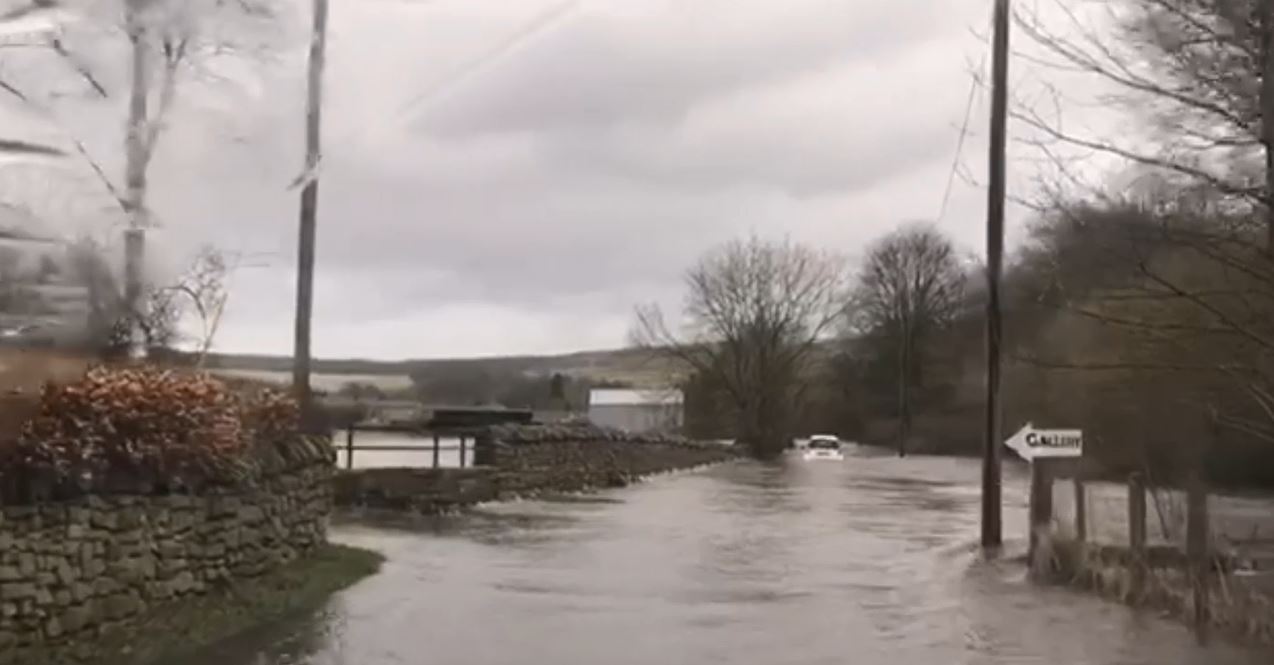 At 12.15pm on Sunday police received a report of a vehicle trapped in flood water from the storm near Bellingham, Hexham.

The car, a white Suzuki Splash, was carrying four people, including an eight-year-old child and had come into trouble after hitting flood water while travelling back to Sunderland from the Kielder area.

Due to the rural location of the car, the female driver was unable to access Google maps to let officers know her exact location.

With reports that the water level was rising officers sprang into action to find the trapped car in time.

On the ground officers worked with little information and travelled the expected route of the car, with the assistance of the police helicopter which searched the surrounding area.

Fortunately, the flooding car was located soon after and the occupants were safely rescued by officers.

She said: “Some of our more rural roads can be much more dangerous when it comes to bad weather. Branches and other items can blow into the road and due to the tight corners on these roads drivers need to take extra care.

“Country roads often run alongside rivers and streams which can become flooded during heavy rain and rising water. So we’re asking drivers and pedestrians to take care when using these roads and to look out for one another when out and about.

“We also advise downloading the app ‘What3Words’ so that if you do come into trouble we can find out your exact location. This is incredibly helpful on our vast system of unnamed roads and rural landscape.

“It only takes a minute and it could save your life.”

What3Words is a simple worldwide tool used to communicate precise location. The system breaks down the world geographically into 3m squares and then those individual squares each have a unique three word address that will never change.

Emergency services and partners across the world are beginning to use What3Words to help with investigations such as locating missing people, helping those lost and injured and recovering stolen items

Further information can be found at www.what3words.com or you can download the free app directly onto your smartphone.