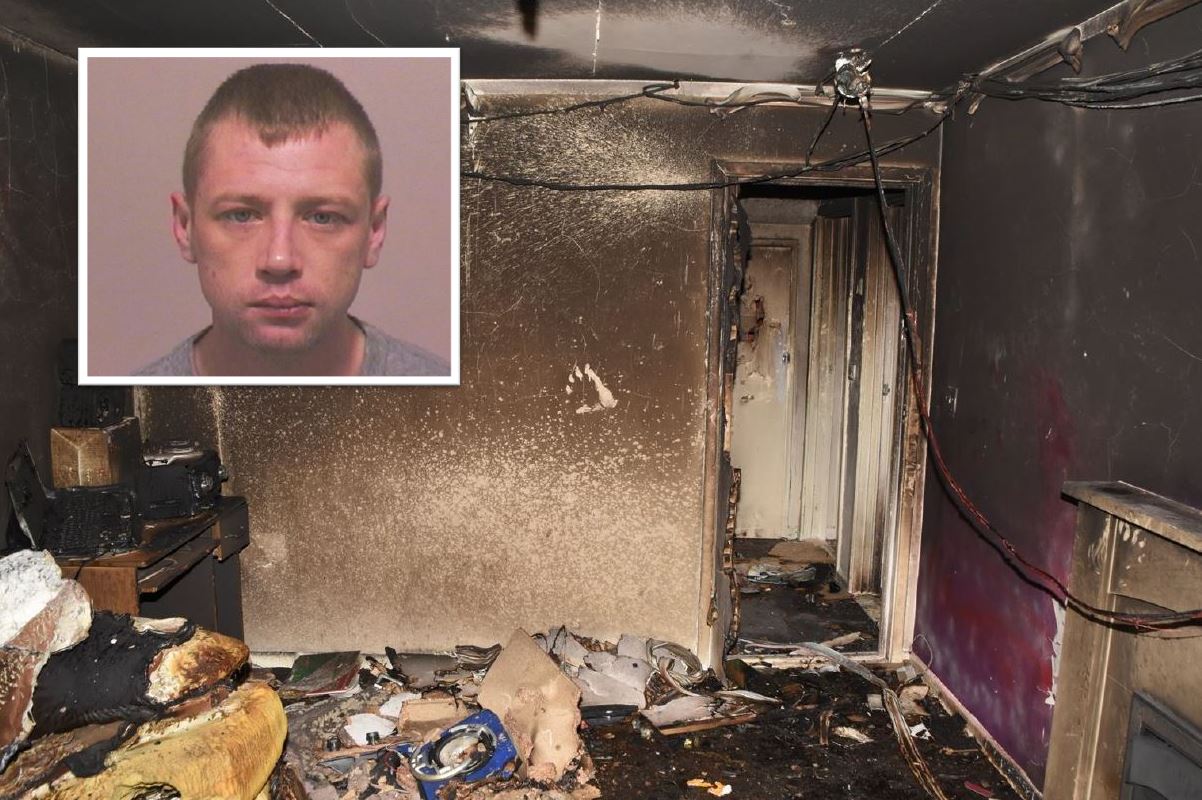 An arsonist who set fire to his ground floor flat as his neighbour was fast asleep upstairs has been jailed.

Anthony Bourke told police that he set fire to his home in the Whiteleas area of South Shields after being told to do it by “demonic voices” in his head.

But a court heard how the 35-year-old was high on drugs as he poured petrol over living room furniture before setting it alight.

He then got into his car and fled the address as the flames began to take hold inside the flat on Copley Avenue.

A resident who lived across the street saw smoke bellowing from the property and rushed to alert the woman who lived in a flat above.

She was able to escape just in time before the fire exploded and sent shattered glass from the windows flying across the street.

Emergency services attended the address and Bourke was later arrested after being found “hiding in a cupboard” at his partner’s address.

He was later charged and in court he pleaded guilty to arson being reckless as to endanger life. He has now been jailed for 32 months.

Following the case, the investigating officer at Northumbria Police condemned the actions of the arsonist and said he “put lives at risk”.

Detective Constable Leigh Booth said: “This was an appalling example of reckless behaviour that could have easily resulted in the loss of life.

“If it was not for the intervention of nearby residents then the woman who lived above Anthony Bourke may not have escaped in time.

“He told us that he was told to set the fire by demonic voices but also admitted that he had been taking drugs on the night of the arson.

“We also know that he had threatened to set fire to his house in the days prior to the attack so there was still a degree of planning.

“I know he has made life a misery for many of the local community and I welcome the lengthy jail term handed down by the judge.”

Bourke, of Copley Avenue, appeared before Newcastle Crown Court on Monday where he was handed the 32-month jail term.