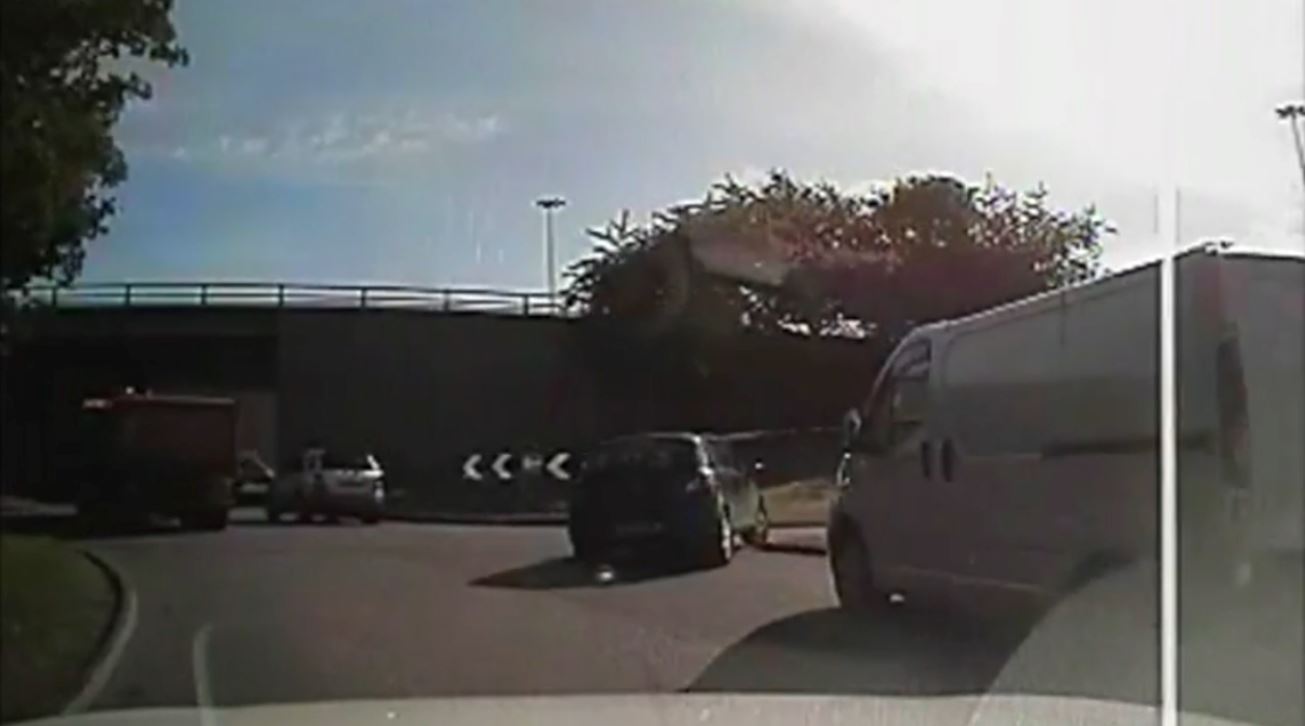 A dangerous driver who led police on a high-speed pursuit before abandoning his car was rumbled – after officers spotted him at a bus stop.

Uninsured Lewis Nesbitt, 25, refused to pull over his Vauxhall Corsa as he tore down streets near Houghton-le-Spring on the morning of September 5 last year.

Nesbitt reached perilous speeds of 70mph in residential streets and even collided with another car as he drove the wrong way around a roundabout – narrowly avoiding a head-on smash.

In a desperate bid for freedom, Nesbitt drove the wrong way down a dual carriageway towards oncoming traffic and ignored red lights as he put his own life and the lives of other road users at risk.

Officers soon located the Corsa abandoned on South View Terrace in Houghton-le-Spring and searched the area – only to find a sheepish Nesbitt standing at a bus stop.

He was subsequently arrested and charged with a string of motoring offences, including dangerous driving, no insurance and driving without a licence.

Nesbitt, of Hertburn Gardens, Concord, pleaded guilty to all offences at Newcastle Crown Court on February 6. He is due to be sentenced later this month.

“He knowingly and willingly endangered the lives of other road users as he drove down residential streets at excess speeds with only one thing on his mind – getting away from police.

“After abandoning his vehicle and fleeing on foot, Nesbitt hoped to blend in with the crowd and avoid punishment – but officers were aware of his identity and spotted him standing at a bus stop. He was swiftly arrested.

“Nesbitt clearly cannot be trusted to adhere to the laws of the road and has proven he is a danger to himself and others when behind the wheel. He now must face the serious consequences of his actions.”

Upon arrest, Nesbitt refused to cooperate with police and did not answer any questions put to him.

But with the weight of evidence against him overwhelming, he pleaded guilty at court to five motoring offences – dangerous driving, no insurance, driving without a license, failure to stop and failure to provide a specimen.

He is due to be sentenced on February 28.