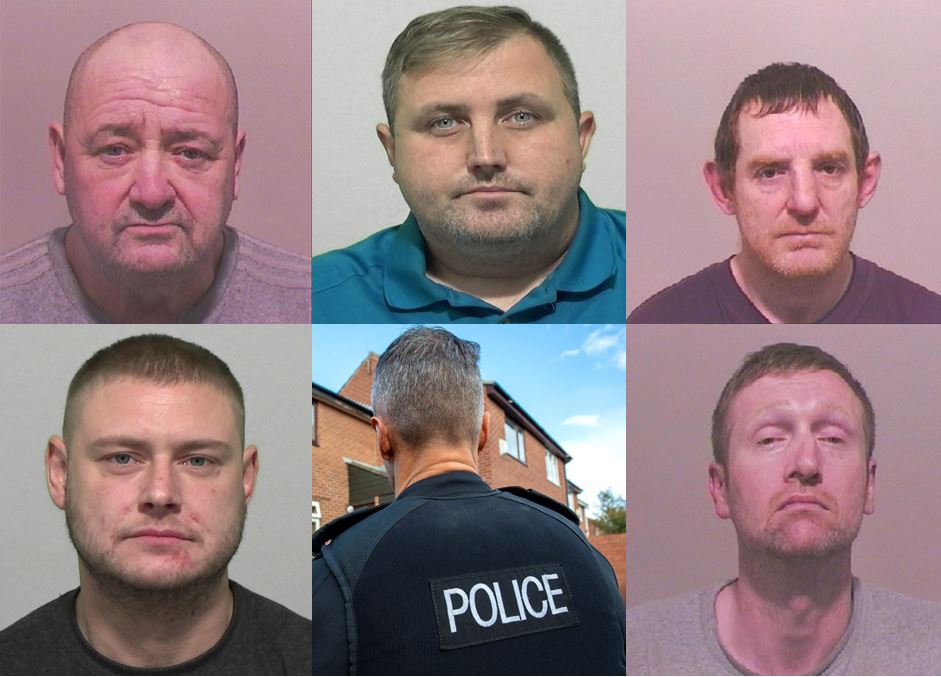 Burglar hunters in Sunderland have encouraged the community to remain vigilant – after successfully putting five more offenders behind bars.

A team of specialist detectives are tasked with reviewing every burglary that happens across Wearside and South Tyneside and ensuring those responsible are brought to justice.

It’s been a successful start to 2020 on that front with a string of convictions which have seen many serial burglars taken off the streets.

Now, after five more offenders were jailed for a combined term of more than 16 years, the team have thanked the people of Sunderland for their ongoing support – and issued advice to residents of ways to reduce the risk of becoming a victim of burglary.

Detective Sergeant Steve Wallace, who spearheads the Southern Burglary Team, said: “Burglary is such an intrusive crime that can have a significant and long-lasting impact on victims and everyone who lives in that community.

“That’s why my team come into work every single morning looking to detect and disrupt this type of criminality, identify offenders and ensure they have their day in court.

“Over the last few weeks, we’ve had some significant sentences handed out to offenders and they can look forward to spending the next few years in a prison cell. That outcome is something we will continue to strive towards – there’s no place for these types of individuals in our society.

“This time of year can often see opportunistic burglars try to use the cover of darkness to their advantage in order to secure a quick win. Over the last few weeks in particular, we have received a number of reports of sneak-in offences – especially in the Millfield area of Sunderland.

“We would always encourage residents to be vigilant and take a few extra steps to help make sure they do not become a victim of this type of criminality. Quite often, burglars go door to door at night-time hoping to find one unlocked. If it is locked, they will move on to the next address.

“So please take an extra moment to make sure your door is locked and any valuables are kept out of sight. If you see anything suspicious in the communities where you live, please call us– and we can make sure those people aren’t up to anything untoward.”

In recent weeks, the Southern burglary team have helped to secure a number of notable convictions that have seen prolific offenders put behind bars.

Anthony Prenelle, 60, was jailed for five years on January 23 after admitting two counts of burglary at Newcastle Crown Court.

A judge handed Christopher Robertson, 40, a three-and-a-half year sentence at Newcastle Crown Court on January 23 after he was convicted of two counts of burglary.

The prolific offender, of Chilton Street, Sunderland, stole a Macbook, Radley bag and bank cards from an address on Albury Road in Jesmond on September 12 last year. Robertson also stole two bikes from the garage of an East Boldon home on the same day.

On February 5, Stephen Hendry, 49, was brought to justice after he was caught breaking into the home of an elderly lady in the Millfield area of Sunderland.

An eagle-eyed neighbour spotted him sneaking into the premises on March 11 last year after a carer had forgot to lock the front door. The resident confronted the intruder who ran off empty-handed.

Shameless raider Anthony Kirtley also received a two-year sentence on February 5 after he was convicted of two counts of burglary at Newcastle’s Moot Hall.

Kirtley admitted smashing his way into Learning Curve Group’s construction academy on the Pallion Industrial Estate in August last year, leaving the further education centre with a repair bill of more than £8,000.

The brash 30-year-old, of Cossack Terrace, Sunderland, dropped a blood-stained tissue at the scene after stealing a host of computer equipment and joinery tools. He also admitted a separate burglary at a flat on Lyndhurst Terrace on August 6 last year.

Then on Thursday (February 13), George Jones, 38, was jailed for three years and seven months after he broke into a house on Egerton Street in Sunderland last October and stole a TV, a £750 bike and children’s toys.

Jones, of Darcy Court, Sunderland, admitted burglary and an unrelated offence of having a bladed article and was subsequently jailed.