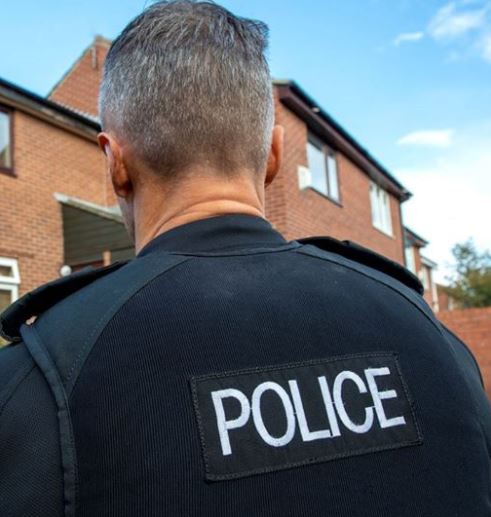 Four more arrests made in the fight against courier fraud

Officers have made four more arrests in the fight against a despicable fraud which manipulates the elderly.

Last month, all police forces pledged support to a national three-week intensification period aimed at tackling courier fraud – a devious scam which sees criminals target the vulnerable, claiming to be from the police in order to get their hands on cash, bank cards and other valuables.

As part of the ongoing action, a team from the North East Regional Special Operations Unit (NERSOU) descended on the capital to carry out targeted strikes on a number of properties in one final push to disrupt the organised criminals preying on victims across the North East.

Two men, aged 24 and 31 were arrested on suspicion of conspiracy to commit fraud last Wednesday (January 29) with the help of Hertfordshire Constabulary and City of London Police. A further four males aged between 17 and 20 were brought in for questioning the following day in relation to the same conspiracy.

And the previous week, two males aged 35 and 22 were arrested following raids at properties in Feltham and Hounslow by officers investigating a separate courier fraud scam in which victims were contacted by cold-callers claiming to be from HMRC.

The warrants now mean a total of 19 people have been arrested and seven interviewed as voluntary attenders in relation to the scams since  the launch of Operation Sentinel in January 2019.

He said: “We hope that over the past few weeks, the public have become aware of the term courier fraud, and what it means.

“It is a horrendous type of fraud which deliberately targets the elderly and makes victims believe they are part of a police investigation. They are coerced into handing over their bank cards, pin numbers, cash and other valuables by scheming criminals who exploit their faith in trusted institutions to get rich quick.

“Hopefully this increased activity serves as a warning to anyone who thinks they can get away with this type of abhorrent criminal activity.”

In addition to the arrests, officers have been busy educating the public about the dangers of courier fraud to prevent further people falling victim.

Officers from Northumbria Police also reached out to more than 200 local taxi drivers to help teach them what signs to look out for and what to do should they come in to contact with something they suspect to be a courier visiting their victims.

Detective Chief Inspector Sharon Chatterton from Northumbria Police added: “We want to reinforce the message that no police force or organisation would ever ask anyone to hand over their valuables, withdraw cash or send anything via courier.

“Please make sure you challenge any cold-callers and speak to your elderly relatives and neighbours so they are aware of courier fraud.

“We will actively pursue those offenders who target and exploit vulnerable people in this way, and work alongside our partners to bring them before the courts as part of Operational Sentinel, our initiative to tackle serious and organised crime.”