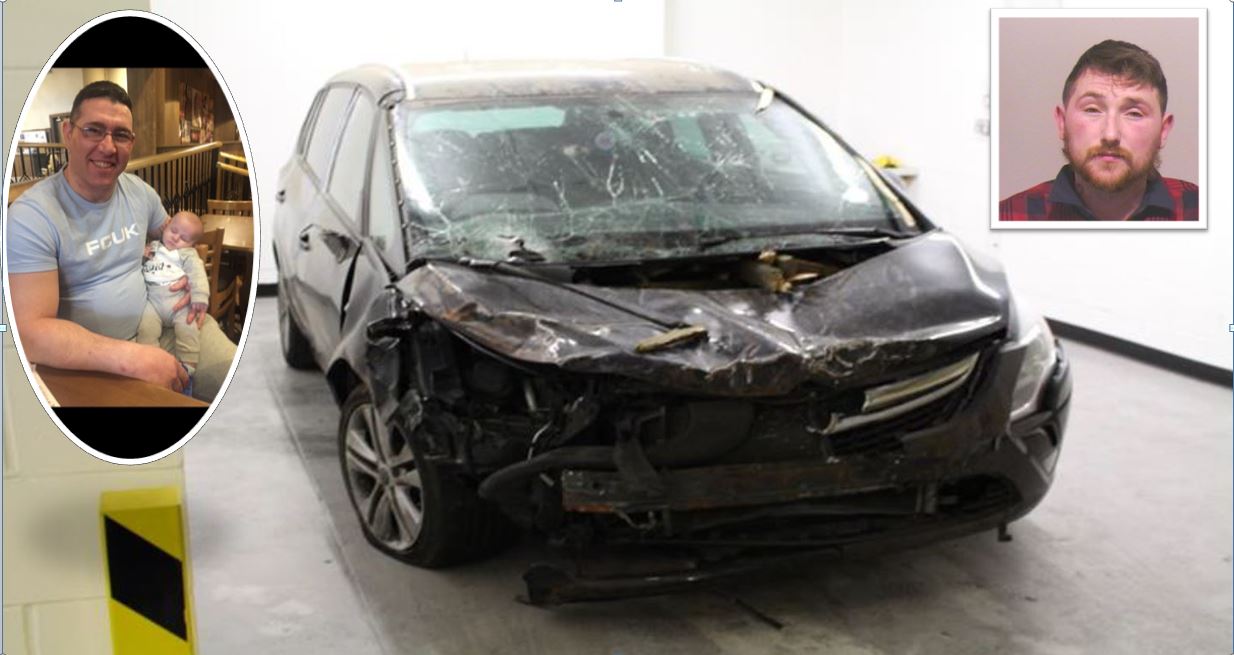 ‘He brought the best out of people’.

The family of a much-loved dad who was fatally impaled after the car he was travelling in smashed into a garden fence have issued a heartfelt tribute.

Michael Armstrong, 35, was a back seat passenger when the Vauxhall left the road and ploughed into a fence of a Philadelphia property on the evening of February 16 last year.

The force of the collision saw the dark-coloured Zafira flatten 20 metres of fence belonging to an address on Kingston Mews.

Three panels of the wooden fence post pierced the dashboard of the car itself as a result of the impact – one of which impaled Mr Armstrong, who suffered fatal injuries to his stomach.

Yesterday (Friday) the driver of the car, Christopher Sanderson, 35, was jailed for six months at Newcastle Crown Court after admitting a string of motoring offences including causing death by careless driving.

Michael’s daughter Rebecca has now issued a statement paying tribute to her dad.

“I do not know whether Christopher Sanderson will one day be capable of acknowledging or accepting the enormity of what he has done,” Rebecca said.

“But I do know that that he must be held accountable for the consequences of his actions.

“Above all, he needs to understand, and to remember, that Michael was a good, kind, decent, loving and caring father, son and brother, whose gift was his remarkable ability to connect with people, to bring the best out of them, and in doing so bring them together.”

The court was told that driver Sanderson drove almost a mile following the collision before stopping on Ross Lea, Shiney Row.

An injured Michael and two other back-seat passengers got out of the vehicle, and an ambulance was then called after the pair noticed the injuries to Michael. Sadly, he died days later in hospital.

An investigation was launched to locate Sanderson, identified as the likely driver, and officers went on to trace him in the Carlisle area. He was subsequently arrested and brought into custody.

Yesterday (Friday) he was back in the dock and was sentenced to six months behind bars. He was also disqualified from driving for three years and three months commencing from his date of release.

Sergeant Paul McIntosh, of Northumbria Police’s motor patrols department, said: “This has been a devastating time for Michael’s family and our thoughts remain with all those who knew him.

“Sanderson was the driver on the night in question and was driving number of passengers home when the vehicle struck a kerb and left the road.

“The car then collided with a garden fence with such excessive force that it flattened the entire structure, with three panels piercing through the dashboard and fatally injuring Michael, who was sat in the middle seat in the rear.

“Sanderson then drove almost a mile away from the initial collision before the severity of Michael’s injuries came to light.

“Despite knowing he was the driver, Sanderson did not contact police and was located by officers in Cumbria four days later. He must live with the consequences of his actions and know that his carelessness behind the wheel has devastated a family’s life forever.

“I hope this tragic case acts as a reminder that our roads can be a very dangerous place when they are used without due care or attention.

“Anybody who does endanger the lives of either themselves or others while behind the wheel of a car will be pursued and prosecuted.”