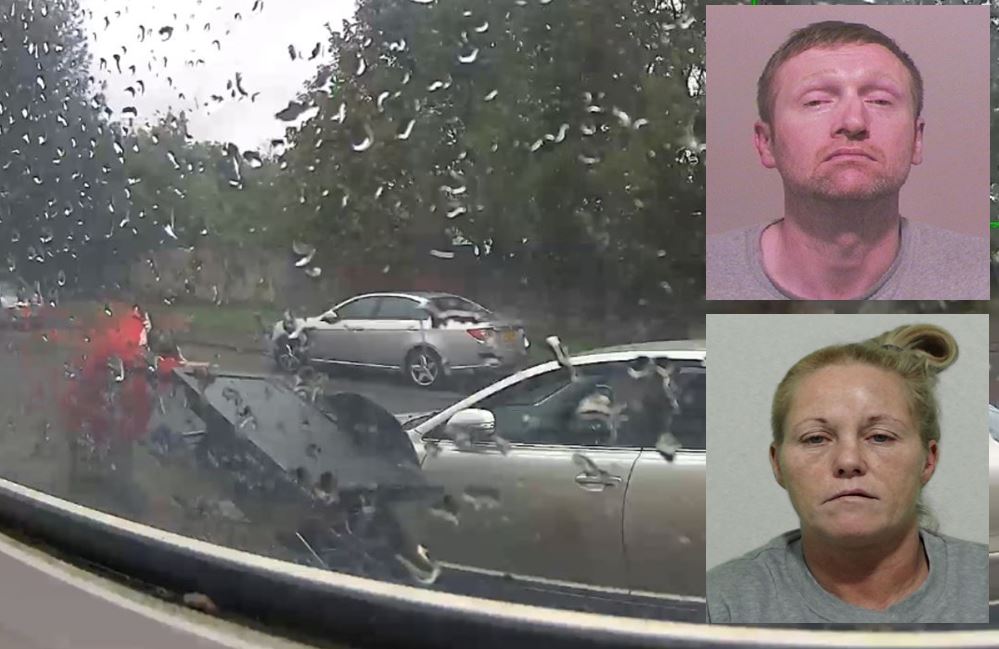 Hungry burglars who helped themselves to jar of Nutella during £2,000 home raid brought to justice

Two hungry burglars helped themselves to a jar of Nutella after getting the munchies during a home raid.

George Jones, 38, and Tracy Corkin, 45, broke into a house on Egerton Street in Sunderland in broad daylight on the morning of October 6 last year.

The pair – who live just a few hundred metres away from the address they broke into – stole a £750 bike, children’s toys and took a 47-inch television off the wall.

And before wheeling their £2,000 loot away in a shopping trolley down the street, they helped themselves and opened a jar of Nutella in the kitchen.

No doubt with full stomachs, the pair found navigating their stolen haul in a shopping trolley more difficult than anticipated – as police later found the wide-screen TV discarded on a grassy area close to the victim’s address.

After detectives saw CCTV footage showing Jones wheeling the stolen TV down the road, officers attended his home address and located a series of stolen items – and the shopping trolley.

Jones and Corkin, both of Darcy Court, Sunderland, were both arrested and admitted burglary on November 8, 2019 at Newcastle Crown Court.

Jones also pleaded guilty to an unrelated offence of having a bladed article.

Detective Constable Michael Boyd, of Northumbria Police’s Southern Burglary Team, said: “It’s fair to say that this was not the most sophisticated of burglaries with Jones and Corkin leaving a number of evidential traces that led officers directly to them.

“The victim found a jar of Nutella had been opened in the kitchen with a dirty spoon left behind, while Jones was seen wheeling the television away from the victim’s address in a shopping trolley.

“For whatever reason, they then discarded the TV at the side of the road – but took a number of other stolen items back to their home, which was subsequently searched and seized by police.

“Burglary is an incredibly intrusive crime that affects not only victims but everybody who lives nearby and the wider community. That’s why it’s important the public see that these types of offenders are being dealt with robustly and brought to justice for their crimes.

“My dedicated team will continue to work hard every single day to identify burglars and ensure they have their day in court.”

Det Con Boyd is part of a team of dedicated burglar hunters based at Southwick Police Station who review every raid that takes place across Sunderland and South Tyneside.