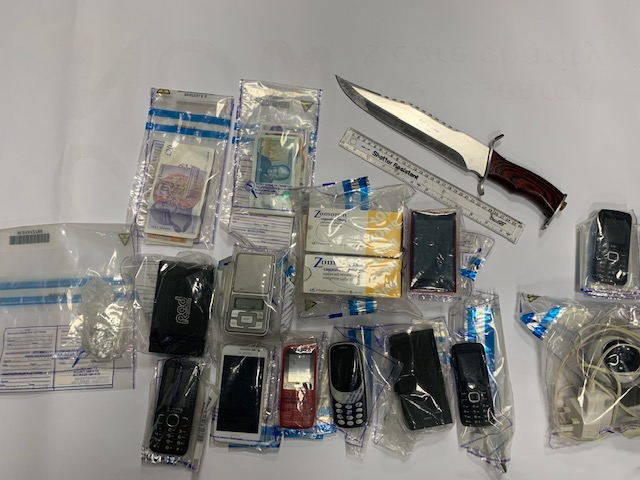 Machete and suspected heroin seized in raids in Blyth

Officers have seized a machete and a quantity of suspected heroin in disruption raids under Operation Aurora.

Earlier this week (Wednesday), officers from Northumbria Police carried out a warrant an address in Blyth in connection with Op Aurora which has been running for three months and has so far seen a large reduction in anti-social behaviour (ASB) in the area.

As part of the operation officers have increased visibility in the town, deployed plain clothed officers and worked closely with partners which has resulted in three arrests, a number of alcohol seizures and 28 dispersal orders in accordance with the Anti-Social Behaviour Act.

Over the past 3 months since OP Aurora was launched Blyth marketplace has seen a 15% reduction in all ASB.

In addition, over the past month Blyth Neighbourhood Policing team has been gathering intelligence on suspected drug dealers who are believed to have been carrying out criminal drug activity which has then been linked to anti-social behaviour and disorder in the town centre.

As part of the ongoing activity, officers carried our dawn raids at an address on Coomassie Road following reports of suspected drug offences. During the early morning raids officers seized a quantity of drugs believed to be heroin.

Other seizures include drug paraphernalia, a machete, two boxes of morphine, a quantity of cash and eight mobile phones.

Neighbourhood Inspector Neil Hall, one of the leading officers on Operation Aurora, said: “Our Neighbourhood Policing Team in Blyth has been tackling ASB under Op Aurora which aims at tackling disorder in Blyth Town Centre.

“During enquiries it became apparent that there was a pattern emerging and people committing ASB offences were often under the influence of drugs and alcohol.

“In connection with Op Aurora and our priority to tackle ASB in the town centre, we wanted to cut the supply of drugs to reduce these types of crimes occurring.

“Our officers have been gathering intelligence speaking to local residents and business owners to find out where the supply of drugs is coming from.

“By working closely with our local community we have gathered enough intelligence to successfully carry out a warrant at an address and seize a quantity of drugs as well as a dangerous weapon.”

“We would like to say thank you to those in the community who have come forward with information and continue to ask that people report their concerns to us so we can stamp out ASB and drug dealing in the community.”