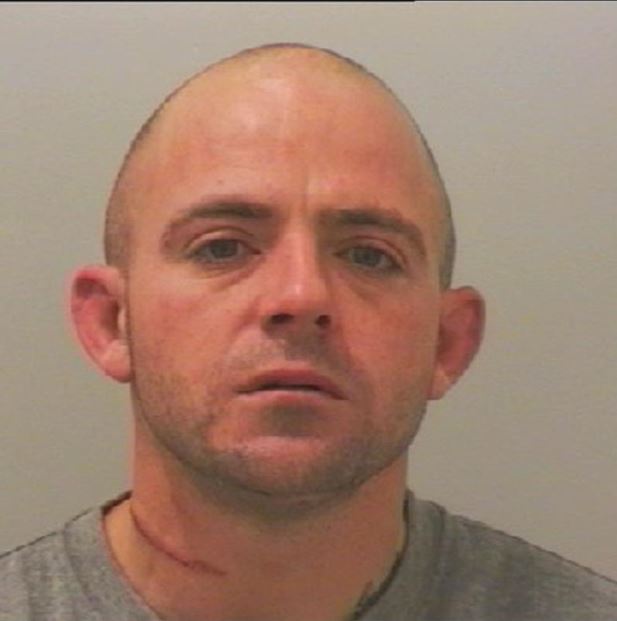 A man has today (Tuesday) been convicted of murder after he stabbed a father to death in an unprovoked attack.

Scott Patterson had been out with his partner Danielle Sanderson to celebrate the birth of their new-born daughter on the evening of August 18.

However, their night soured when they came into confrontation with defendant Peter Dodds inside the Percy Arms on Brierley Road, Blyth.

The court heard how Dodds had only arrived in the area from London the previous day to visit his girlfriend and was under the influence of cocaine, cannabis and alcohol, when he entered the pub acting aggressively and began shouting obscenities before being told to watch his language and calm down by Ms Sanderson and other patrons.

Later that night, the 33-year-old crossed paths again with the couple at a mutual friend’s house on Hallside Road where he continued to antagonise them and tried to goad Mr Patterson into a fight.

The situation then escalated resulting in Dodds slicing Ms Sanderson’s finger using a knife he had swiped from the kitchen. As Mr Patterson leapt to his partners defence, Dodds struck the fatal blow, stabbing him in the chest.

The brazen attacker left his victim on the floor of the house, tucked the weapon in to his trousers and fled the scene in a white Renault car before throwing the weapon out the window in an attempt to cover his tracks.

Emergency services attended the scene but sadly Mr Patterson died and a murder enquiry was subsequently launched.  Officers searched a total of seven addresses in the area and arrested four people. Dodds was soon charged but denied murdering Mr Patterson.

Speaking after today’s result, his partner Danielle issued the following statement on behalf of the family: “Words can’t describe how devastated we are. Scott was a loving dad to five children who will grow up without having their dad in their lives, this just isn’t fair.

“We find it so hard to comprehend why anyone would choose to pick up a knife, so many families lives are devastated by knife crime.  The affect is unimaginable. We are pleased that justice has been achieved for Scott but no sentence will ever bring him back.”

Following the case, Detective Superintendent Helen Anderson of Northumbria Police said: “This has been a tragic case and my thoughts remain with Ms Sanderson and the wider Patterson family during what has been a devastating time for them.

“On the night of his death, Scott and Danielle had been out celebrating the birth of their three week old baby – he was not looking for a fight, he was not aggressive in any way and made it clear to Dodds he was not going to rise to his aggressive remarks.

“Dodds was a violent man who made his intentions perfectly clear. When he didn’t get what he wanted, he continued antagonising people and even armed himself with a knife. I’m pleased the jury saw him for what he really is and hope this conviction can bring some comfort to Scott’s family.”

Peter Dodds appeared at Newcastle Crown Court and was found guilty of murder and assault occasioning actual bodily harm. He is due to be sentenced tomorrow (Wednesday 12).