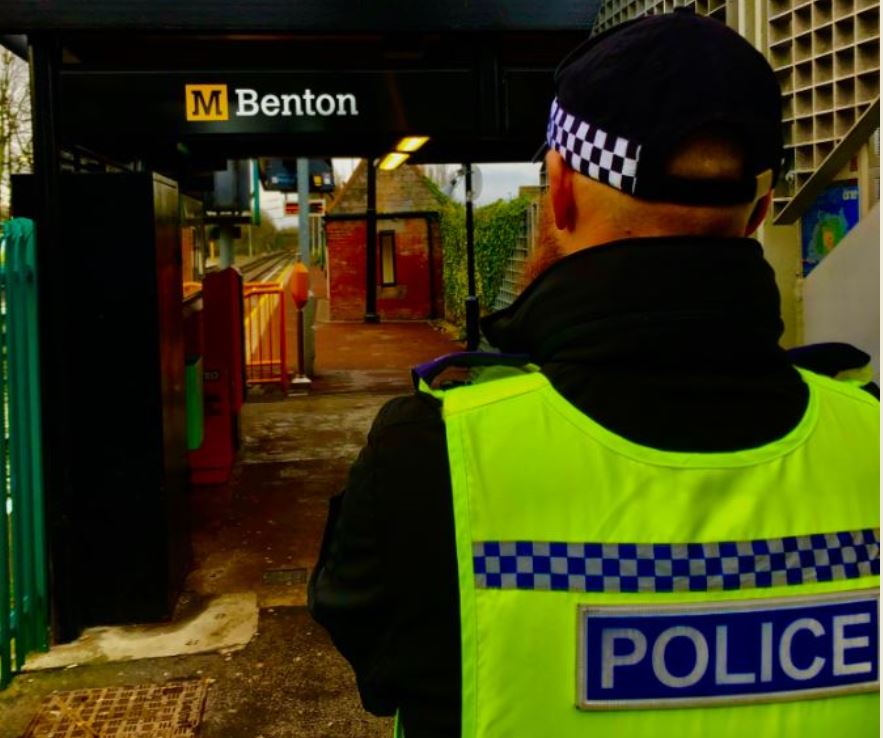 Sgt Tim Hand has revealed the operation, which has resulted in three arrests so far, will continue over the coming weeks

Plain-clothed police officers tasked with catching teenage troublemakers on the Metro have had an immediate impact.

Now in its third week, Operation Hades has seen undercover police and Nexus staff board trains in a bid to tackle anti-social behaviour and catch any offenders in the act.

The early results certainly suggest Operation Hades is on the right tracks, with officers having made three arrests and interviewed five more youths under caution in connection with criminal damage offences.

The operation, which followed a spate of incidents reported on trains across North Tyneside, has already resulted in a dramatic drop in crimes across the network – but the Sergeant spearheading the initiative says nobody will be resting on their laurels.

“We’ve been absolutely delighted with the early impact of Operation Hades,” Sgt Tim Hand said. “It is still early days, but we’ve already made several arrests and spoken to a number of teenagers about their behaviour during meetings with their parents.

“Our main priority is to ensure that passengers can enjoy the Metro in a safe and hassle-free environment, and since Operation Hades was launched earlier this month, we’re pleased to have seen a substantial decrease in reports of anti-social behaviour across the network.

“Having plain-clothed officers dressed as ordinary passengers on Metro trains is clearly acting as a deterrent to offenders. That’s what Operation Hades is all about, and it’s a simple message – mess around at your peril because one of my officers might be sat in the same carriage.

“However, we won’t be getting complacent and we will continue to board trains across the network over the coming weeks and take robust action against anybody who brings misery to their fellow passengers or Nexus staff.”

Northumbria Police and Crime Commissioner, Kim McGuinness, said: “I spoke with Tim the other week about the issues and concerns people have and I welcome this undercover approach to stop offenders in their tracks.

"Unfortunately there are a small minority of young people who see their behaviour as victimless and they need calling out on this. They don’t see the impact they are having on others –  the delays and disruption, not to mention people feeling unsafe and even scared.

"Officers aren’t going to sit back and let anti-social behaviour happen, in fact they’re going to be sat right next to those responsible and will put a stop to it.”

The operation was launched following a spate of incidents of anti-social behaviour reported on trains between Benton and Howden.

This included youths kicking out a number of windows in a carriage near Four Lane Ends, which resulted in the train being taken out of service and a significant financial cost.

Other incidents have seen ticket machines damaged and groups of people acting in an intimidating fashion.

A Nexus spokesman said:  “Our staff have worked closely with the police to take robust action against young troublemakers and vandals who think they can get away with it on the Tyne and Wear Metro.

“The undercover patrols have proven very successful in catching vandals in the act and deterring others.

“The message is clear; if you commit a crime on Metro property then you will get caught and you will have to up to the consequences of your actions.”

Anyone who sees disorder is asked to call police on 101. In an emergency, ring 999.