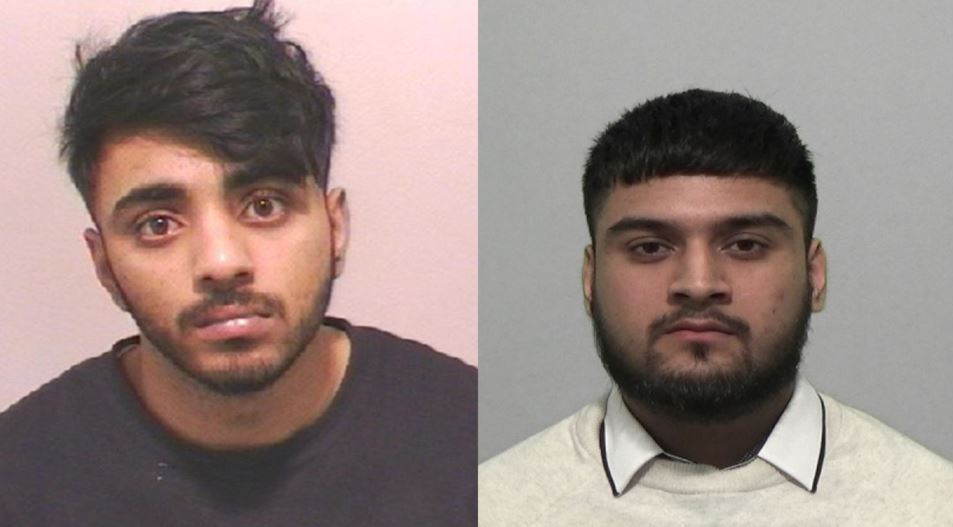 Two predators who raped a woman in a car before leaving her at the roadside have been jailed for a total of 23 years.

Syed Ahmed and Najirul Miah, both 22, picked up the intoxicated female after she had been out drinking in Sunderland city centre in April 2016.

Waiting in a vehicle which the victim believed was an unlicensed taxi, the pair agreed to give her a lift home but then drove in the opposite direction and began to demand more money and sexual activity.

The pair then drove to a secluded spot before raping their victim and abandoning her at the side of the road miles away from home with no phone battery.

Ahmed, of Chester Street East, Sunderland, denied rape, false imprisonment and theft of the woman’s belongings but was convicted of all three offences following a trial at Newcastle Crown Court in December last year.

On Friday (February 7), a judge sentenced Ahmed to 11 years imprisonment and Miah to 12 years behind bars at Newcastle Crown Court.

Jodie Menzies, Ahmed's partner at the time, was also convicted after contacting the victim on Facebook and trying to get her to drop the charges against her boyfriend.

Menzies, 22, of Thackeray Road, Sunderland, admitted attempting to pervert the course of justice and received a 16-month sentence suspended for two years.

Detective Constable Sara Stewart, of Northumbria Police, said: “This was a disgusting and appalling attack that occurred almost four years ago.

“Ahmed and Miah preyed on a vulnerable woman who had put her trust in them under the agreement that they would safely drop her at home. However, instead they violated that trust and subjected the individual to a horrendous ordeal.

“After carrying out their shameful actions, they then left the woman – without any money or means of returning home – at the side of the road in the early hours of the morning.

“There can be little doubt that Ahmed and Miah are dangerous individuals who are clearly a threat to society. They must now deal with the consequences of their actions.

“I would like to praise the victim for her bravery and cooperation throughout this investigation, and I sincerely hope that she and her family can seek some solace in the knowledge that these two despicable men have been brought to justice.

“Rape is a horrific crime that has a devastating effect on both victims and the local community. We have specialist officers who investigate reports of this nature who are committed to bringing perpetrators to justice, while ensuring victims are fully supported.

“Over the last few years, we have worked tirelessly with our partners to look at a number of different strategies to help prevent incidents of this nature, and that work will continue.

"This includes, for example, delivering safeguarding training to door staff, taxi drivers and hoteliers so we can all spot signs of vulnerability to help us protect the most vulnerable in the communities we serve."

The court was told the victim had lost her friend while on a night out in the city centre and her phone battery had gone dead.

After seeing a silver vehicle parked up outside a takeaway, the victim thought it may have been an unlicensed taxi and asked for a lift home.

Ahmed – the driver – and passenger Miah agreed to take the unsuspecting woman home. However, instead they drove her to a secluded location in Hendon and both raped her in the back of the car.

The woman was then left abandoned at the roadside as the pair - both 18 at the time of the incident - drove off with her handbag.

The defendants claimed the woman had offered to pay the fare with sexual favours when she realised she did not have enough money in her handbag, but apologised for leaving her at the side of the road.

In a statement read out in court, the victim said the events of that night have “ruined her life”.

She said: “Whenever I go outside I am always in a state of anxiety and stress because I am frightened I am going to see my attackers while I'm out and I'm always thinking that something bad is going to happen to me or my family.

“It has affected my children too. They see how I am and they don't understand why I'm now like that. Due to this attack I am mentally and physically suffering and feel these symptoms will never go away.

“It has impacted and consumed my life in everything I do and affects my ability to be a normal woman and mum. I feel my life has changed forever.”