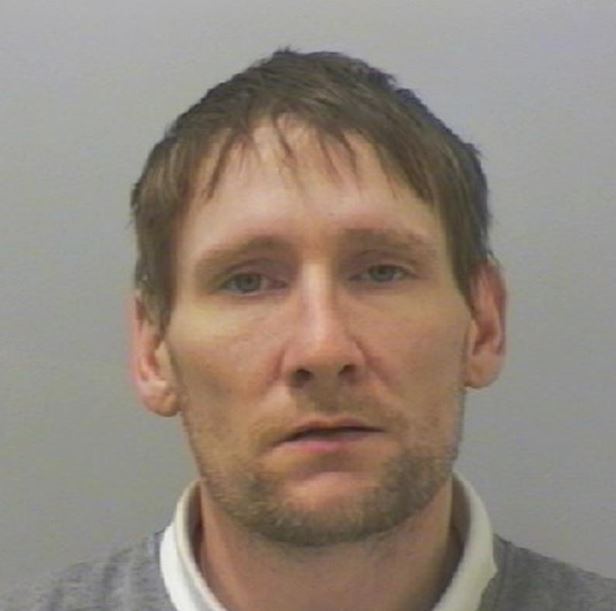 Quick-working officers who tracked down a thief in less than an hour, see the prolific burglar put behind bars

Brian Coakley, 41, had only been released from jail eight days before being caught by officers fleeing from a stolen vehicle in Scotland Gate, Northumberland on January 10.

Following enquiries Coakley was quickly linked to an earlier burglary at an address on Eider Close in Blyth where the keys for a Mercedes C350 were taken along with a laptop and briefcase.

Luckily officers responded quickly and located the stolen car and Coakley within an hour of the call coming into police.

He was subsequently arrested and charged with burglary and theft of motor vehicle.

Coakley, of no fixed address, initially appeared at Newcastle Crown Court on February 7, where he pleaded guilty to both charges.

This week (Monday), he was back at Newcastle Crown Court where he was sentenced to three years and nine months for his crimes.

Detective Constable Alison Felton, of Northumbria Police, said: “Brian Coakley is a prolific thief who repeatedly shows blatant disrespect to both the law and the victims he targets.

“Burglary is an incredibly personal and invasive crime which often leaves a mental and financial impact on the victims - some of which can be too scared to return to their beloved family homes and are forced to move.

“Unfortunately for Coakley, quick-thinking officers used their skills to track him down and gather enough strong evidence to secure a charge and see him back behind bars."