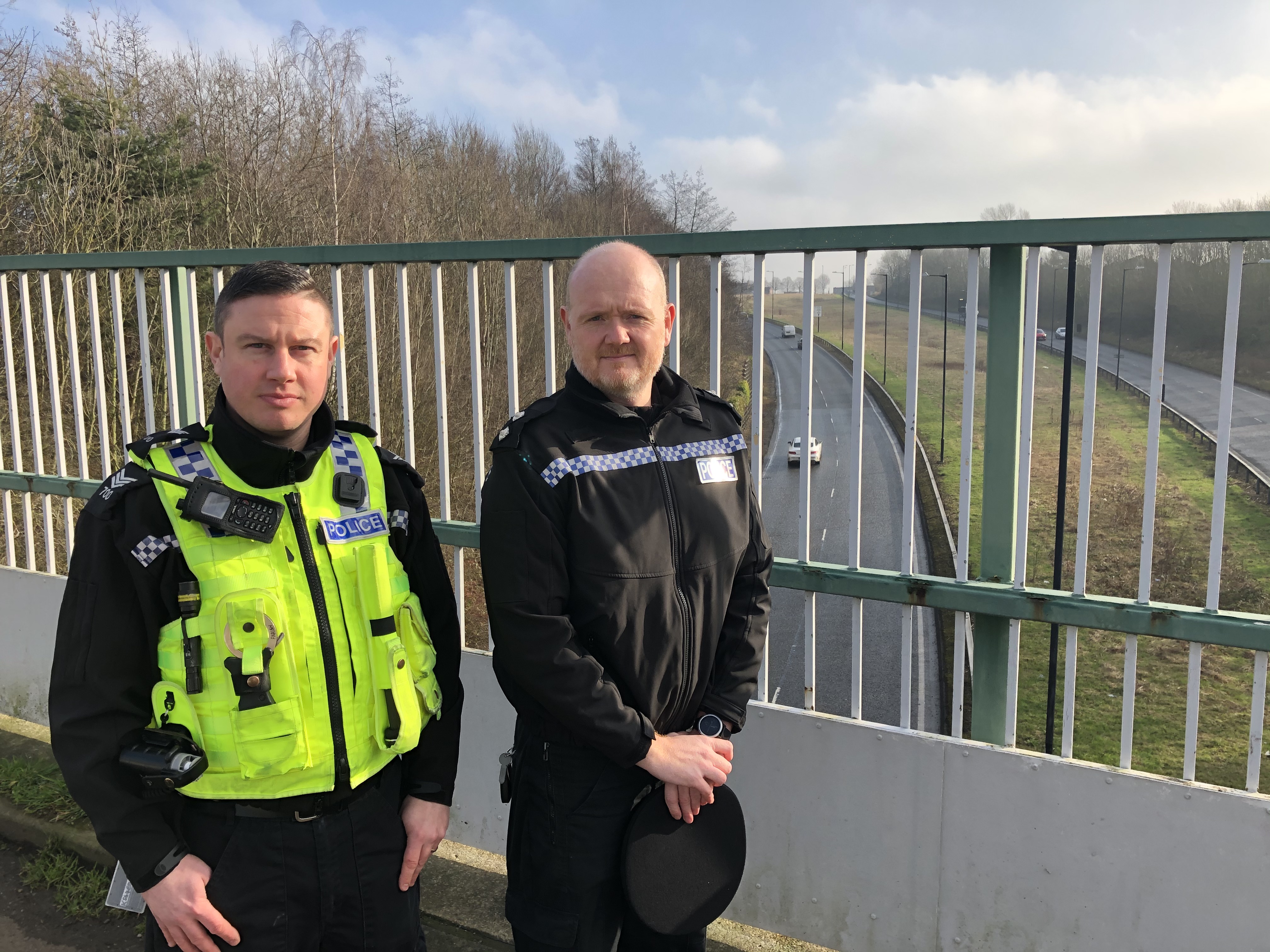 A reckless schoolboy landed himself in hot water after throwing a brick off a footbridge – which smashed through a car windscreen.

The boy, aged seven, hurled the brick onto the A182 Washington Highway as he crossed the bridge above with a group of friends after school on February 4.

The brick shattered the windscreen of a car that was passing underneath – and narrowly missed a young child sat in the back seat.

The impact caused the vehicle to swerve suddenly but thankfully no other vehicles were in the immediate vicinity and the driver was able to bring his car to a safe stop.

Police launched an investigation and ascertained the primary school pupil had thrown the brick off the bridge to entertain his friends.

Now officers have sat down with him and his parents at their Shiney Row home to spell out the seriousness of his actions.

They have also attended local schools to ensure other children of similar ages have heard the message loud and clear.

Inspector Nick Gjorven, of Northumbria Police, condemned the schoolboy’s actions and said he could have easily killed somebody.

He said: “This young lad may have been acting up in front of his friends shortly after school had finished and thought it would be clever to throw a brick off the bridge down onto the road.

“What he failed to consider was the potentially fatal consequences that his actions could have caused – frankly, it is sheer luck that nobody was killed.

“The driver involved had just picked his son up from school and was driving at 60mph on a busy road when his windscreen shattered, causing him to swerve. It quite easily could have come through the windscreen and caused catastrophic injuries to all inside the car.

“By throwing the brick, the boy did not only endanger the lives of those in the vehicle that it collided with, but every other road user who was in that area at the time.

“We have since identified the boy responsible and sat down with him and his family, along with their housing provider. He apologised for his actions straight away and knows what he did was wrong.

“Thankfully, nobody was injured on this occasion but I want to warn everybody of the tremendous dangers caused by this type of mindless behaviour. We will always look to deal with anybody responsible robustly – and ordinarily this type of behaviour would result in criminal prosecution.

“I would also ask all parents of children who live in easy travelling distance of a motorway or major roads to remind their loved ones that this type of activity is incredibly dangerous and can have fatal consequences.”

The driver, 30, admitted he and his five-year-old son were very fortunate to come out of the incident unscathed.

“It was frightening, he said. “I’d just finished work and picked my lad up from school when all of a sudden we heard an almighty crash with glass flying everywhere.

“Thankfully, no other cars were in the other lanes as I swerved, and when looking in my rear view mirror I could see a group of children running off the bridge.

“This could have resulted in serious injury, or much worse, and I hope other children and their parents read this and learn the lesson. This type of thing isn’t a game – it could be deadly.”

The age of criminality in the UK is 10 years old so police could not bring forward a criminal prosecution.

However, they deemed a stern warning was an appropriate course of action considering the young age of the child.