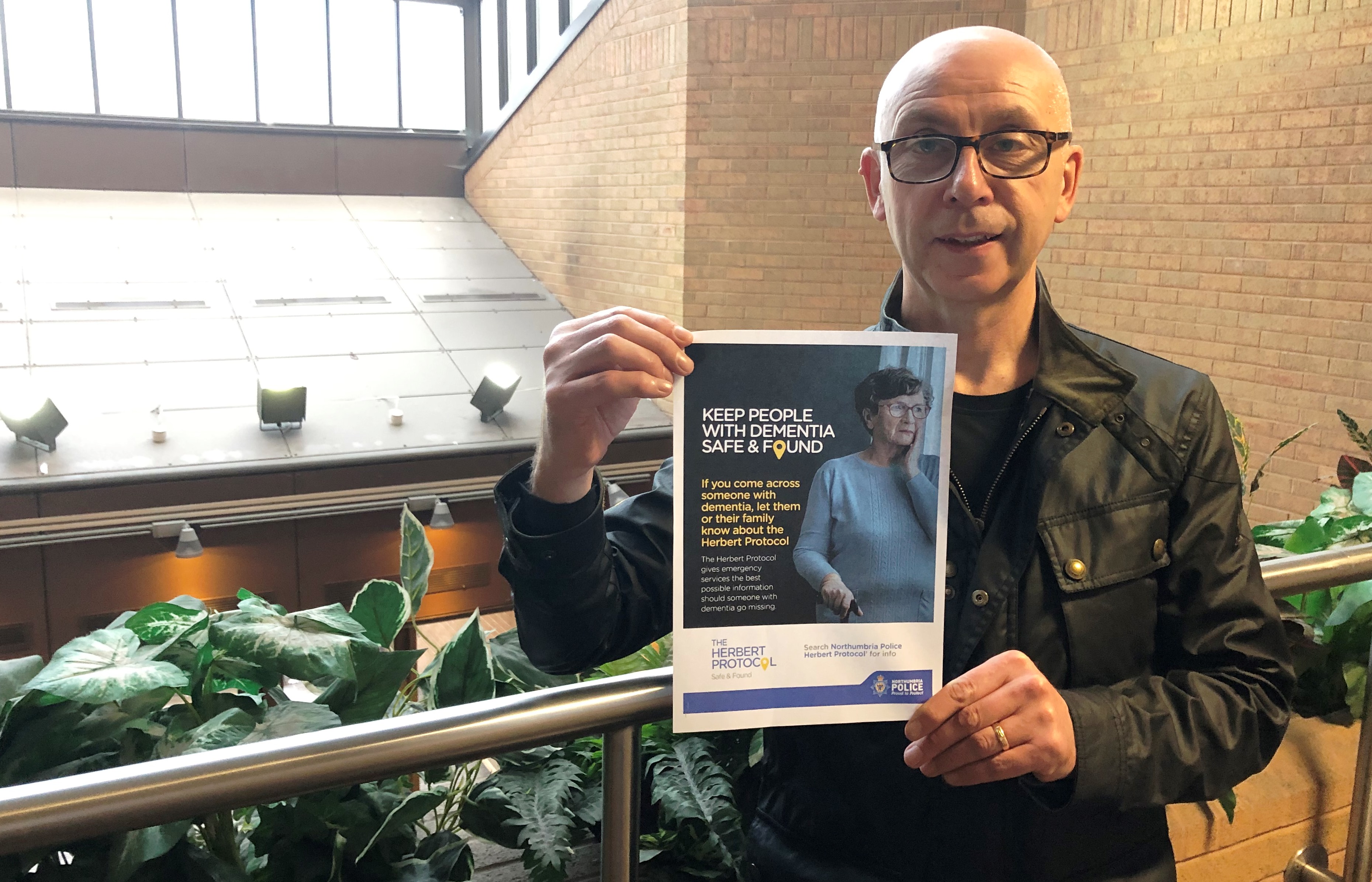 A relieved son has hailed a groundbreaking scheme that helps locate dementia patients who go missing - after it helped save his mum's life.

John Slater, 56, rang police after realising his 80-year-old mother Brenda, who has dementia, had gone missing from her South Shields home on the evening of February 8.

Worried for her welfare on the day when Storm Ciara hit the UK, response officers attended her home – and were handed the Herbert Protocol form that John had previously been filled out.

The form, which is part of a national initiative used by police forces and other agencies, records important information about a vulnerable person and assists emergency services to understand their routines, interests and other key information as quickly as possible.

With the form readily available and up-to-date, police learnt  Brenda had previously travelled from her home to a number of locations on the bus.

That allowed officers to focus their enquiries around possible bus routes, and a short time later, police were able to locate her in the Bede Burn Road area of Jarrow. She was returned home fit and well – to the relief of her family.

After seeing first-hand how important the Herbert Protocol proved in helping police to locate his mum, John has now encouraged others to take the time to fill out the form – and potentially save lives.

“It’s all about raising awareness,” said South Shields resident John. “My mum had been missing before and thankfully when she was found the first time, upon returning her home, the two officers informed me about the Herbert Protocol.

“I hadn’t really heard of it before, but I filled in the form and kept it safe – and that was a huge help when she went missing again a few weeks later.

“The Herbert Protocol might have saved her life – it was a Saturday night when Storm Ciara was hitting and it was cold outside. The information on those forms helped officers map out her possible movements and thankfully she was returned home safely.

“I’m incredibly thankful to the officers who found my mum, and hope this incident makes other people who have loved ones with dementia or who are vulnerable to sit up and take note.

“It doesn’t take long to fill in the forms – but it could save somebody’s life.”

Detective Inspector Lynne Colledge, of Northumbria Police's safeguarding department, believes everyone can learn a lesson from Brenda’s case and reiterated the merits of the Herbert Protocol.

She said: “This was launched with partner agencies to help police gather information that is vital in the ‘golden hour’ when somebody is reported missing with dementia.

“Not everybody appears confused if they do go missing with dementia, so on some occasions we don’t really know what we’re looking for.

“But this form is so important because it can give us a detailed history of that person, whether they have been missing before, where they were found and where they are likely to go.

“We would encourage as many families as possible to fill in the forms – it only takes a minute – and it could be the vital piece of information we need if the worst does happen and a loved one goes missing.”

To find out more about the Herbert Protocol, click here.