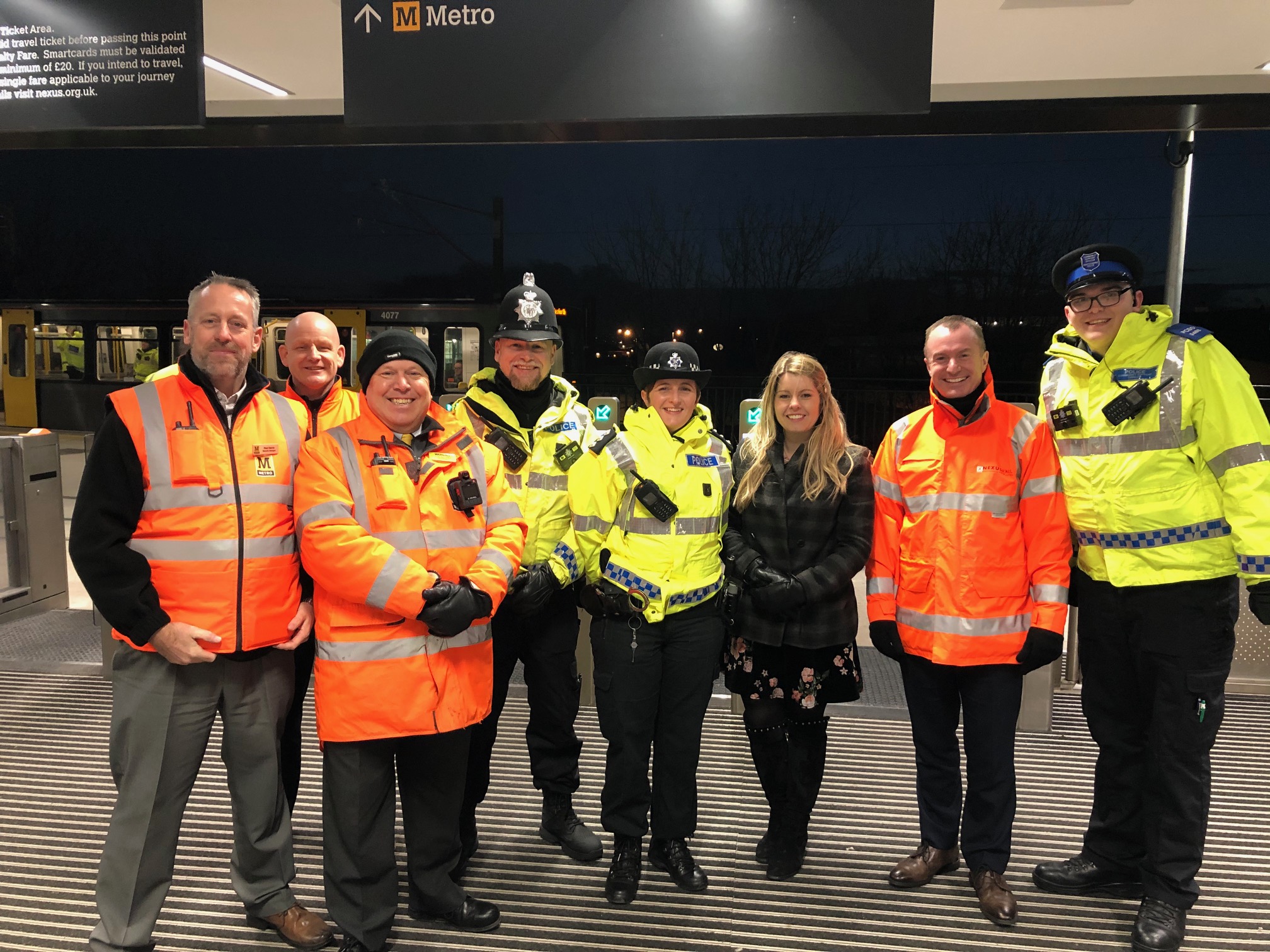 A suspect who had evaded police for months was successfully detained – after he was caught fare dodging on the Metro.

The 20-year-old man, who was wanted on suspicion of dangerous driving, got more than he bargained for as he got off a train at Chichester Station last night – and was greeted by police and Nexus staff.

Officers and Metro staff, along with Northumbria Police and Crime Commissioner Kim McGuinness, were taking part in Operation Carousel which saw them carry out high-visibility patrols at a range of South Tyneside stations.

After failing to present a valid ticket for travel, Nexus staff took the man’s details – before police ran a check of his name and learnt he was displayed as wanted for outstanding driving offences.

He was subsequently arrested and spoken to in connection with a three-vehicle crash on Westoe Road which happened in May 2019.

Chief Inspector Nicola Wearing, who carried out patrols with the South Shields neighbourhood team throughout the evening, said Operation Carousel was a huge success.

“This highly-visible operation was all about tackling anti-social behaviour both on the Metro trains themselves but also in hotspots where groups of people gather near the stations,” Ch Insp Wearing said.

“We know the significant effect that anti-social behaviour can have on the communities we serve, particularly on the most vulnerable who can be made to feel intimidated or frightened in their own home or whilst  going about their everyday life.

“We want to reassure those people that our officers work closely with Nexus every single day to tackle disorder on the Metro, as well as groups behaving in an unacceptable and anti-social manner in and around our stations.

“Operation Carousel was not a one-off, and we will continue to take swift and robust action against anybody who brings misery to residents and behaves in an anti-social manner.”

Northumbria Police and Crime Commissioner, Kim McGuinness, said: “Everyone deserves to feel and be safe on the Metro and these operations are about high visibility, reassurance and stopping anti-social behaviour in its tracks – all of which I saw last night.

"This isn’t a one off though, there’ll be lots more proactive operations especially as we head into the summer months when more young people are out in evenings, heading to the coast and so on.

"Kids will be kids and it’s only a small number who cause real trouble but those who do need a wake-up call. They need to know unwelcome behaviours won’t be tolerated.”

Chief Operating Officer at Nexus, Martin Kearney, said: “This was an excellent operation by our staff and the police as we step up our efforts to keep the Metro system safe and secure for passengers.

“I was able to join the patrols and saw the great work that is being done to provide community assurance on the network. Overall crime on Metro is low but we continue to work hard with the police to address anti-social behaviour and fare evasion.”

The man arrested has been released under investigation and enquiries are ongoing into the incident.