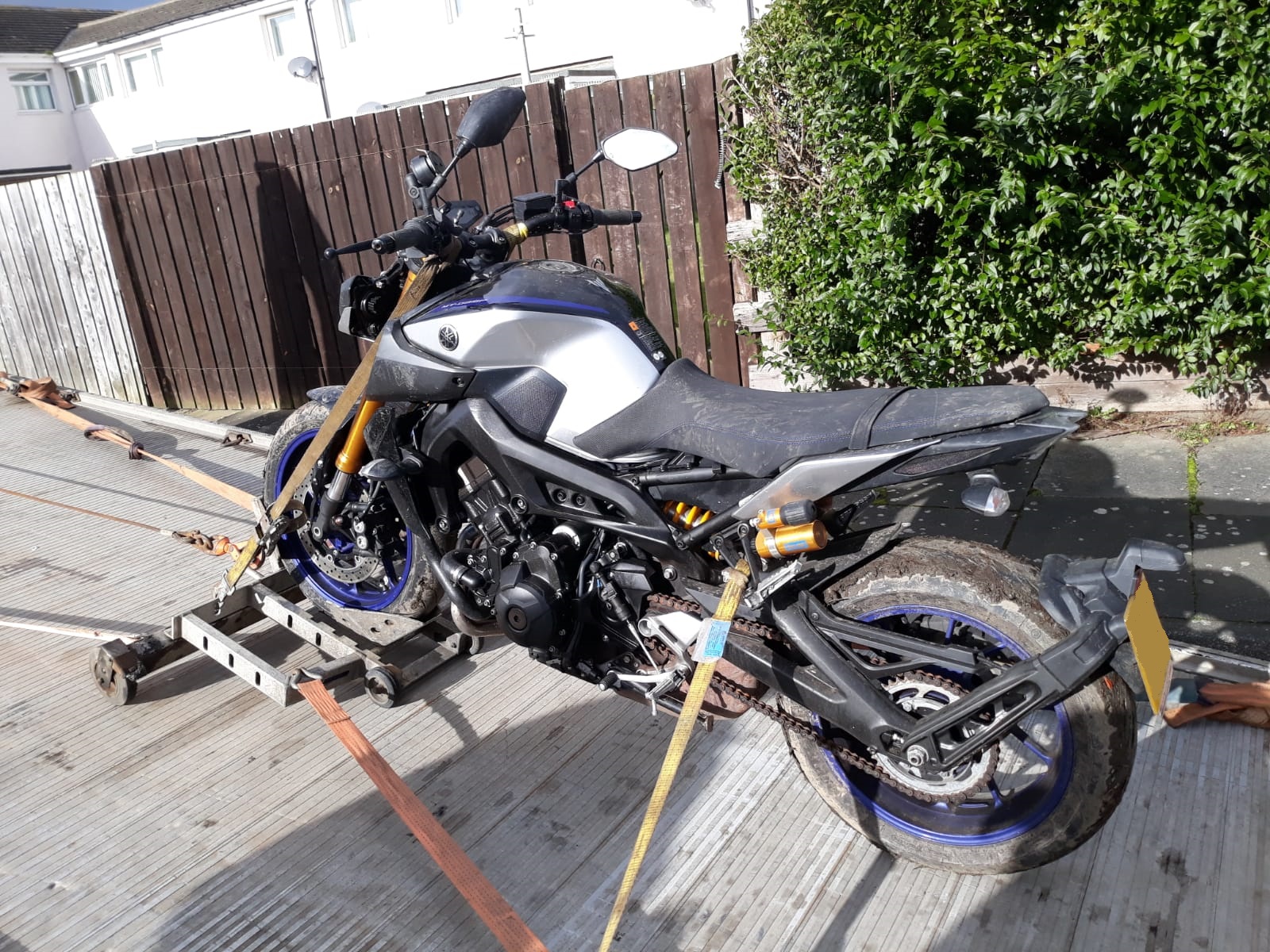 A suspected stolen motorcycle has been recovered and returned to its owners - after a specialist task-force used a high-tech tracking device to locate it.

The Yamaha NT09 was stolen from the Percy Street car park in Newcastle on Saturday (February 15) and an investigation to locate it was launched by Northumbria Police’s Operation Benelli team.

After gathering statements from the victim, officers identified the vehicle was fitted with a specialist tracker that would help them narrow down its location.

The specialist task-force leapt in to action and quickly located the motorcycle stashed inside a shed on Northumbria Walk in the East Denton area of the city.

The vehicle was seized by police and a criminal investigation was launched, however, the vehicle has since been returned to its owner.

PC Ross Bottomley, of the Operation Benelli team, said: “We are delighted that we have been able to return stolen property to its owner.

“Thanks to the hard work of the Operation Benelli team, we are now in a position where the majority of stolen motorcycles are being located by police.

“Offenders know that we are proactive and a number of suspected thieves have been arrested and are going through the courts.

“We will continue to use whatever tactics we can to disrupt this type of criminality but we always need help from the public.

“If you have information about individuals who are committing these kind of offences then please pick up the phone and give us a call.”

The Operation Benelli team review every incident where a motorcycle has been used in the commission of a crime and try to establish any patterns of behaviour.