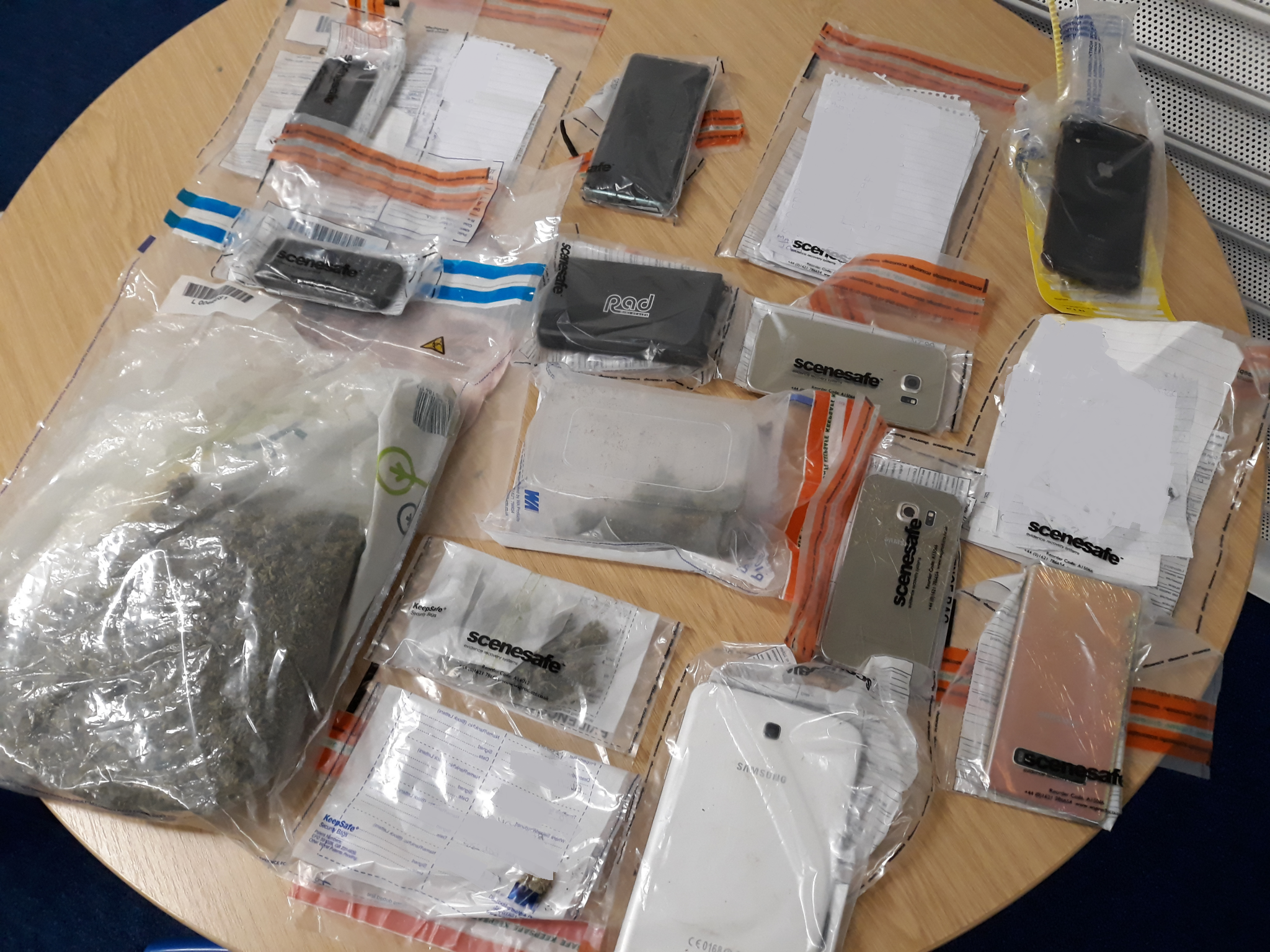 Three arrested and cannabis seized during dawn raid in Newcastle

Three people have been arrested and a haul of drugs have been seized by police during a dawn raid in Newcastle.

Neighbourhood officers in Kenton executed the warrant at a property on Kinross Drive after receiving intelligence that the occupants could be involved in drug dealing.

Officers visited the property on Wednesday morning and forced entry to the property before carrying out a search.

They recovered a significant amount of cannabis worth and a number of mobile phones they believed could be connected to criminal activity.

Two men and one woman were also arrested at the address on suspicion of possession of cannabis with intent to supply.

Neighbourhood Sergeant Graham Yare, of Northumbria Police said: “We have received intelligence about suspected criminal activity at this address and have today taken action.

“The lives of good hard working members of our community can be made a misery by the consequences of drug dealing and drug use.

“We are committed to making Kenton a safer place to live and we hope that this type of enforcement reassures residents in the area that we are on their side.

“We will not shy away from executing warrants at properties that we believe to be linked to drug dealing and this kind of activity will continue.

“I would encourage the good people of the area to come forward and provide any information that will assist is in the pursuit of these criminals.

“All information will be treat totally confidential and we have proven that we will respond to it robustly.”

The two men, aged 46 and 20, and the 42-year-old woman arrested have all since been released under investigation pending further enquiries.

Anyone who wants to report suspicious activity or drugs offences can do so by contacting police on 101 or by reporting online at the Northumbria Police website.

You can also email central.intelligence@northumbria.pnn.police.uk or contact independent charity Crimestoppers anonymously on 0800 555 111.