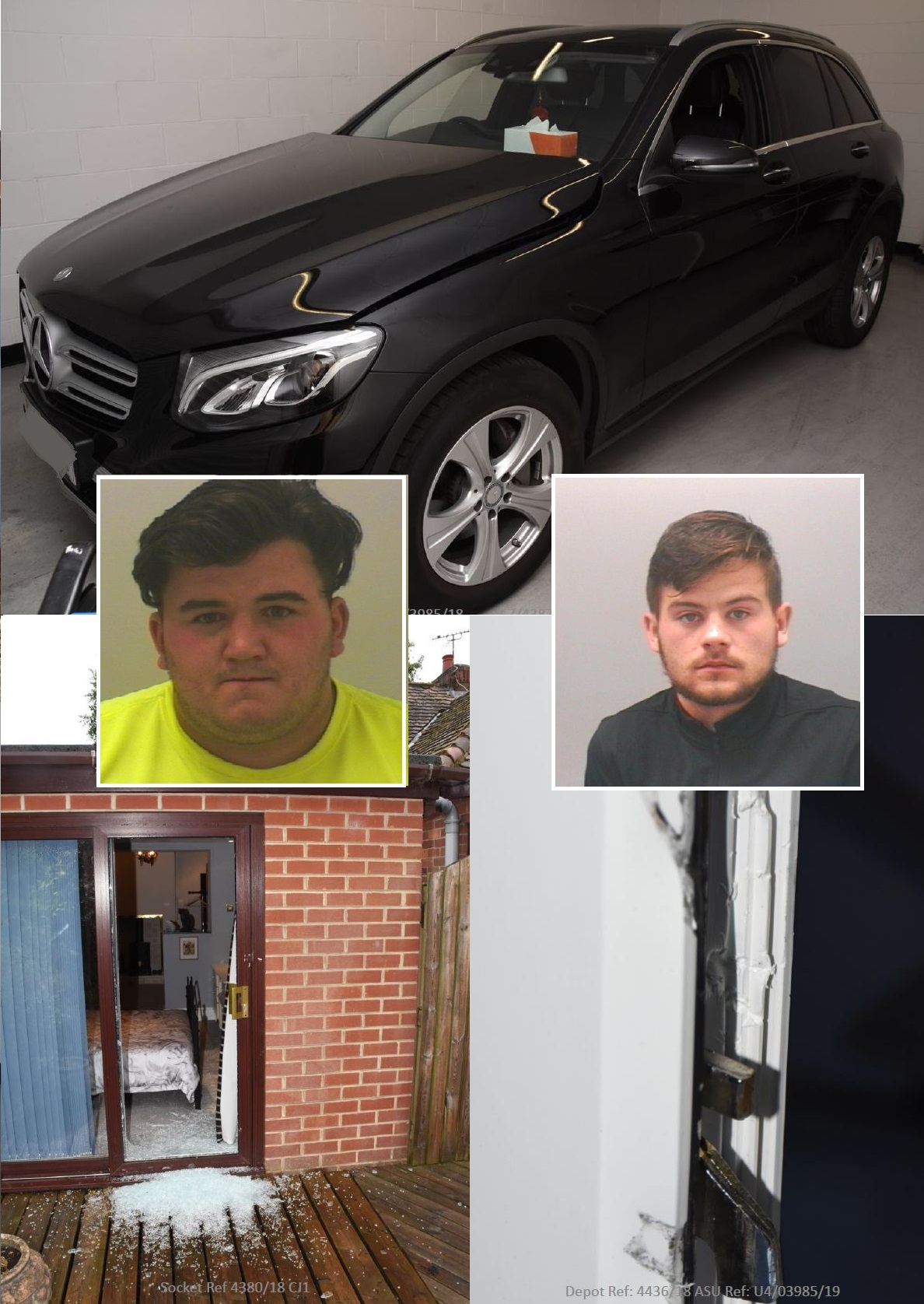 A pair of organised burglars who travelled the country and stole more than £100,000 of cash and goods from the homes of hard-working victims have been jailed.

Thomas and Douglas Ward are today behind bars following a string of raids in the summer of 2018.

A court was told that in July that year there were 14 burglaries committed across Newcastle, North Tyneside, Northumberland and Cumbria in just nine days.

Large amounts of cash, high value jewellery, family gold and a new Mercedes 4x4 were taken during the raids, with police estimating the stolen goods totalled more than £100,000.

Northumbria Police’s team of burglar hunters launched an investigation and quickly suspected the break-ins had been committed by the same gang.

They found that the burglars had bought vehicles in the days before the raids and then abandoned them after committing a string of offences.

Enquiries identified the vehicles involved and from there police were able to trace the mobile phones used by the thieves and identify them through CCTV.

That led police to a traveller site in Gosforth area of Newcastle in August 2018 where officers found a number of the vehicles believed to have been used in the raids.

Thomas, 20, of Willenhall Lane Caravan Park, Walsall, and Douglas Ward, 21, of Kendal Road, Worsley, Manchester, were arrested in connection with the crime spree.

The thieves, who told police they were not related, were later charged and admitted conspiracy to commit burglary at Newcastle Crown Court.

Following the case, Detective Sergeant Dave Lumsden said: “We are really pleased that these two men have been put behind bars after spending months evading authorities.

“They have travelled the country as part of a sophisticated organised burglary gang and targeted properties they believed would have large amounts of cash, high-value jewellery and family gold.

“They have changed vehicles multiple times and always kept moving in a bid to avoid being detected. However, we have caught up with them and now they have to face the consequences of their actions.

“These men had no thought about the impact their offending would have on the victims and were motivated by nothing but greed.

“This case should come as a strong warning to burglars across the country – if you commit offences in Northumbria then you should expect to be put behind bars.”

Det Sgt Lumsden is part of Northumbria Police’s Central Burglary Team, a team of dedicated burglar hunters who analyse every burglary offence across Newcastle and Gateshead.