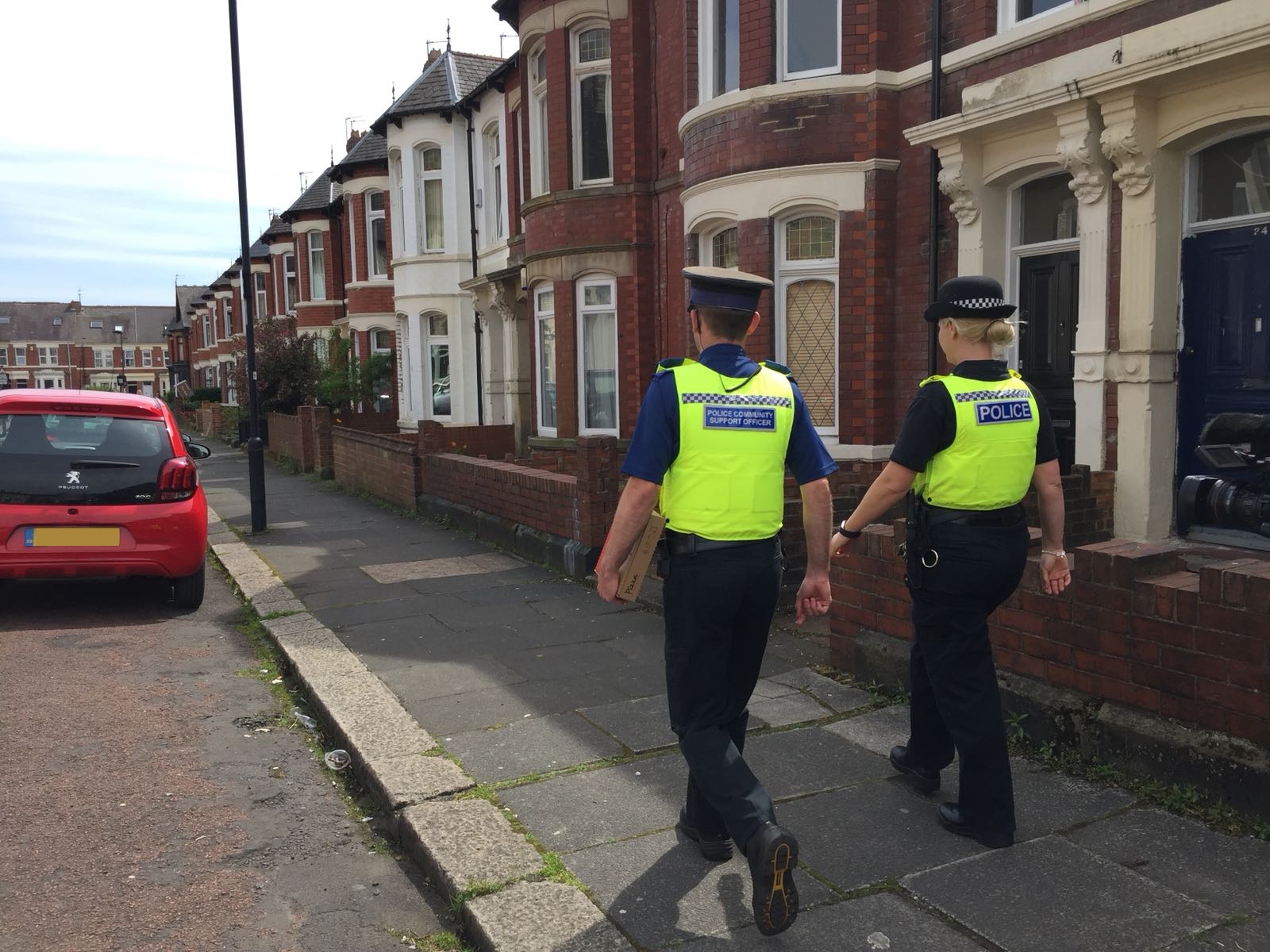 A suspected teenage thief has been arrested after two neighbourhood bobbies acted on their instinct – and found him carrying a haul of suspected stolen goods.

The 16-year-old was taken into custody after two Community Support Officers (CSOs) noticed him acting suspiciously in the Jesmond area of Newcastle.

The CSOs had been patrolling in the area following reports that a male had been trying car doors in the area.

When they spotted the teenager, who matched the description of the suspect, they decided to speak to him.

After spotting the officers he fled the scene on foot but stopped a short time later when the CSOs caught up with him.

He was found carrying a bag containing a laptop, bottles of alcohol, perfume and a drill charger that are all suspected to have been stolen.

Further officers arrived on the scene and the teenager was placed under arrest and taken in to custody.

Neighbourhood Sergeant Craig Brown said: “This was a great piece of proactive policing where the CSOs have acted on their instincts.

“We will always try to maintain a visible presence in our communities and this shows the good old-fashioned bobby on the beat is still very effective.

“Neighbourhood policing will always be at the heart of everything we do and these types of arrests take place every single week.

“The hard work of our CSOs have ultimately led to the arrest of a suspected thief and allowed us to return stolen property to their owners.

“I hope this reassures the community that we will continue to work hard to keep you safe and maintain a visible presence on your streets.”

The 16-year-old suspect has since been charged with receiving stolen goods and was bailed to appear before North Tyneside Magistrates’ Court on February 19.

If you notice anyone acting suspiciously then you can contact police on 101 or online at the Northumbria Police website.

If you want to report information anonymously then you can do so by calling independent charity Crimestoppers on 0800 555 111.