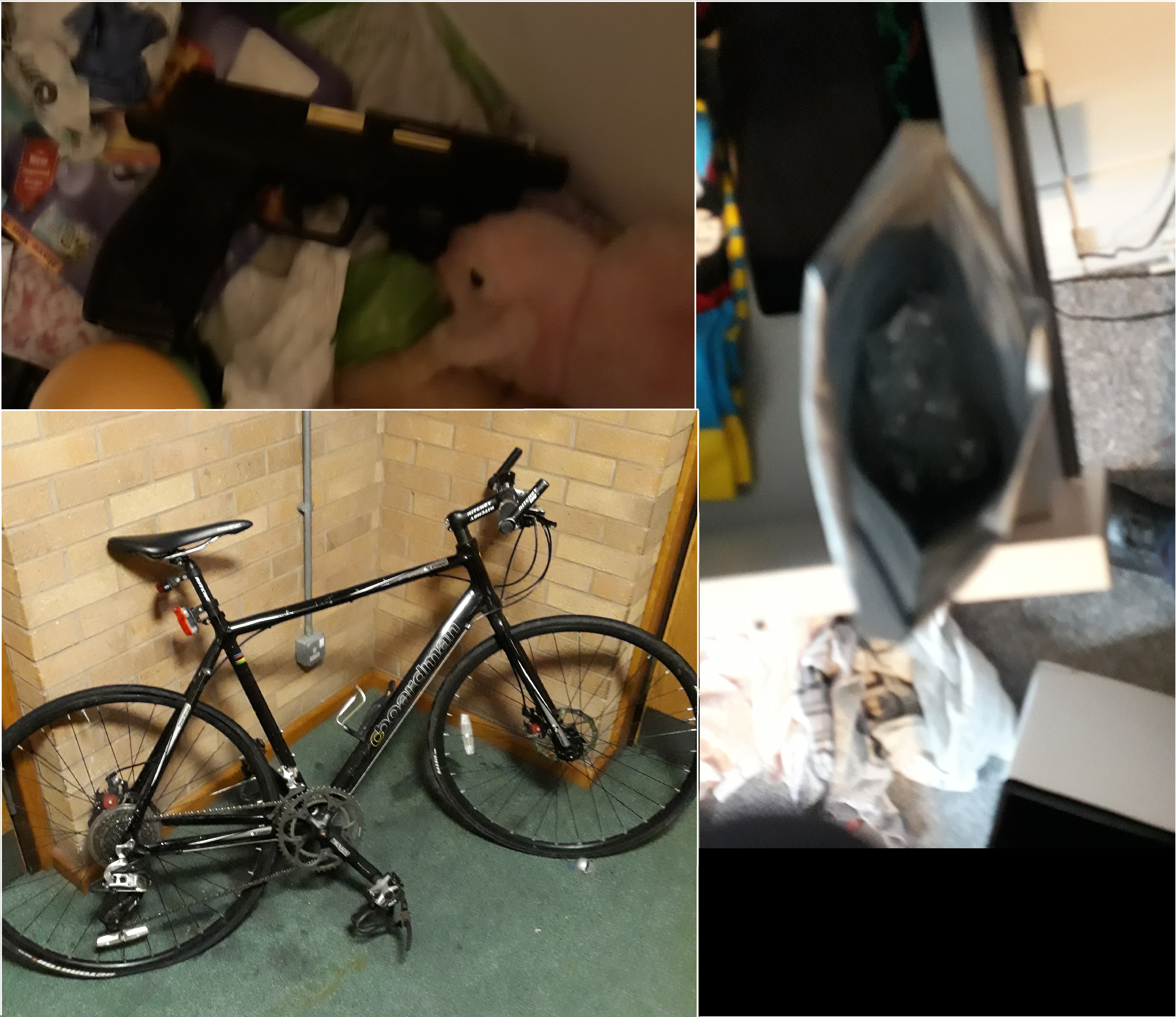 Two suspected drug dealers have been arrested after cocaine, stolen property and an air gun was seized in a dawn raid in Newcastle.

Officers executed the drugs warrant at the property at Thornton Court in Kenton last month after receiving intelligence about suspected drug dealing.

Members of the community had reported concerns about suspicious people regularly visiting the address.

During the warrant on January 9, police uncovered thousands of pounds worth of white powder in ready-made wraps that is suspected to be cocaine.

They also found an air pistol and a high-value Boardman bicycle that is believed to have been stolen.

A 22-year-old man and 20-year-old woman were arrested during the dawn raid but now police are attempting to trace the owner of the stolen bike.

PC Michael Vitty, of Northumbria Police’s Neighbourhood Support Team, said: “We hope that this activity sends a reassuring message to the local community.

“They have reported their concerns to us and we have taken quick and decisive action to try and uncover suspected criminality.

“We have seized a haul of important evidence and an investigation into any drugs offences will continue over the coming days and weeks.

“We have also seized a high-value bicycle that we believe to be stolen and we need to reunite that with its owner.

“If this bicycle belongs to you then please give us a call so we can return it. You may also be able to help the ongoing investigation.”

The man and woman arrested have since been released under investigation pending further enquiries.

Anyone who recognises the bicycle, or has information about suspected illegal activity at the address in question, is asked to contact police on 101 quoting log 162 09/01/20.