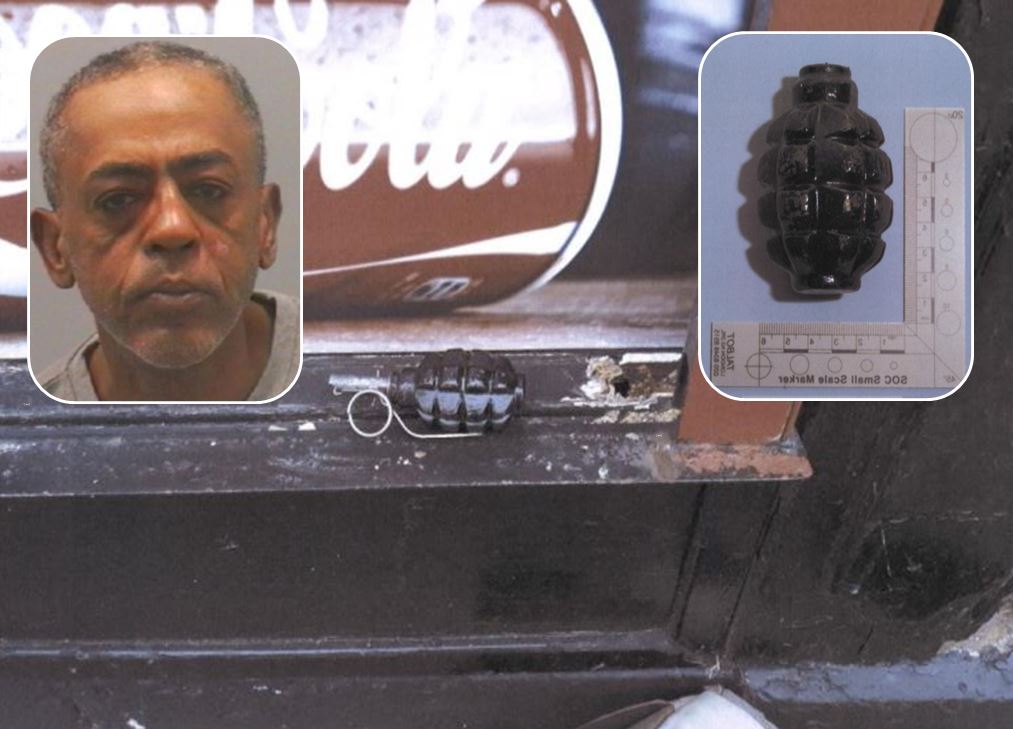 An aggrieved customer who brandished a grenade and threatened to blow up a shop after a heated row with the owner has been jailed.

Abdul Ibrahim has been sentenced to five years behind bars after brandishing the explosive inside a mobile phone shop in the west end of Newcastle.

A court heard how the 61-year-old had argued with the owner of Mobile Connection after he visited the store in March last year in an attempt to sell some mobile phones.

But when the shop owner refused to buy them, Ibrahim left the store on Westgate Road in a temper - only to return later that day carrying a grenade.

Prosecutors explained how he burst into the premises holding the explosive and shouted "Allahu Akbar", "Allah is great" and "No God except Allah".

Aser Kheder was looking after the shop at the time and immediately leapt into action upon seeing the grenade.

He clasped his hands on top of the explosive to prevent Ibrahim from removing the pin before he managed to wrestle him to the ground.

Police quickly arrived at the scene and placed Ibrahim under arrest before specialist bomb disposal experts arrived on scene to analyse the grenade.

They established the grenade had been decommissioned and was not a viable explosive, but the disruption led to the road being shut down for more than four hours.

Ibrahim, of Deckham Terrace, Gateshead, was later charged with making threats to kill and making a hoax bomb threat.

He admitted the offences at Newcastle Crown Court and yesterday (Monday) he was jailed for five years. He was also ordered to pay a victim surcharge of £170.

During the sentencing hearing, the judge commended Mr Kheder for his "extraordinary bravery" and awarded him £300 for his actions.

Today (Tuesday) a senior officer at Northumbria Police has also praised the shop worker and said he was a "true community hero".

Chief Inspector Alan Pitchford said: "This incident sparked a huge police response and one of the busiest roads in the city was shut down for an entire day.

"The behaviour of Abdul Ibrahim was completely reckless and left those inside the shop that afternoon fearing for their lives.

"I welcome the lengthy custodial sentence and I hope it sends a strong message to anyone who would ever think of doing something so stupid.

"But I also want to take this opportunity to praise the community who came together and supported each other while we responded to this hoax.

"I also want to say a special thank you to Aser Khader who was rightly commended by the judge for his bravery.

"In that moment he believed that Ibrahim was carrying a live explosive and he still put his life on the line to protect his community.

"He is a true community hero and we are incredibly proud of him. He deserves all the plaudits that have come his way.

"Even if the grenade was inactive, his actions allowed us to make a quick arrest and reassure concerned residents and business owners."

The court heard that Ibrahim was mentally unwell and that, despite his comments, his actions were not religiously motivated.

During a police interview after his arrest, he told officers the grenade had been bought by someone else from a nearby army surplus store.