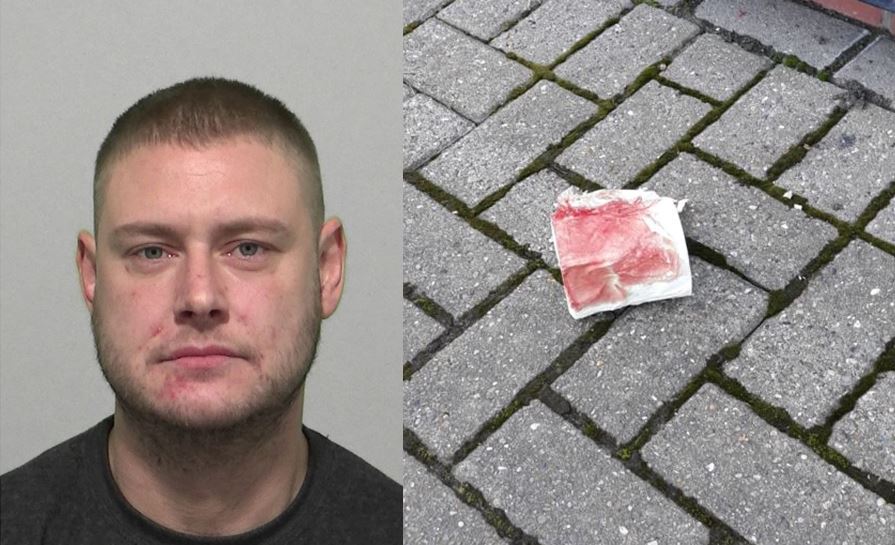 Anthony Kirtley, 30, raided the Learning Curve Group premises in Sunderland & is due to be sentenced next month

A burglar who ransacked a further education centre has been convicted - after he dropped a blood-stained tissue at the scene of his crime.

Anthony Kirtley caused thousands of pounds of damage as he smashed his way into Learning Curve Group’s construction academy in Sunderland last summer.

The shameless intruder trashed a number of rooms and pulled CCTV cameras off the ceiling during the night of destruction on August 12 last year, which resulted in the training provider having to cancel classes and close its doors to students for three days.

After carrying out his untidy search, Kirtley snatched several laptops, computer monitors and power tools worth about £5,500 and caused a further £3,500 worth of damage inside the premises on Pallion Industrial Estate.

But the brash 30-year-old inadvertently left behind a blood-stained tissue and a cupboard door smeared with his DNA, which he had ripped from its hinges. As a result, he was subsequently arrested and charged by police.

Kirtley, of Cossack Terrace, Sunderland, pleaded guilty to the burglary when appearing before magistrates in South Tyneside last week (January 10). He will be sentenced next month.

PC Sophie Harkness, of Northumbria Police, said: “This was an inexcusable crime which resulted in a huge amount of damage and inconvenience to many people.

“Kirtley showed a total disregard for the community where he lives as he smashed his way into the centre which is used by students to better themselves by learning new skills and gaining qualifications.

“He then ransacked the building, ripped items off the walls and stole thousands of pounds worth of electronic goods. As a result of his selfish and reckless actions, he deprived others of key educational materials and a number of scheduled sessions had to be cancelled due to the extent of the damage.

“In his haste to escape detection after getting his hands on an array of stolen property, he left a number of clues behind at the scene which ensured we identified him as the culprit and turned up at his door.

“He should be ashamed of his behaviour and I hope those concerned can take some consolation knowing he has now been convicted of his crimes. “

In a statement, Leanne Kennedy, skills academy manager at Learning Curve Group, revealed the burglary impacted on the company in a number of ways.

She said: “The Learning Curve Group was closed for three days due to the mess and unsafe state the building was in which affected several students that attend for construction training and education.

“The incident also resulted in many members of staff losing days of teaching and instead (spent time) fixing the damage caused and tidying the centre, as it was not in a workable condition.”

Kirtley also admitted a separate burglary in relation to a burglary at flat on Lyndhurst Terrace on August 6 last year, as well as possessing a quantity of cannabis.

He is due to be sentenced at Newcastle Crown Court on February 5.