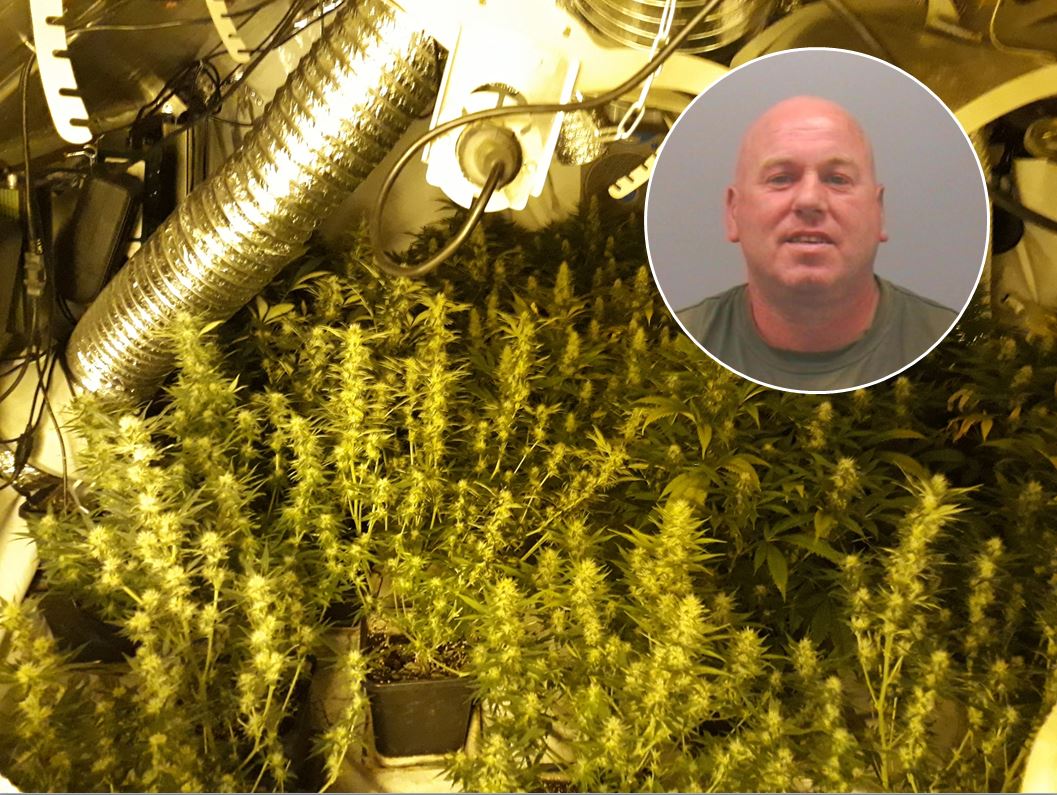 Cannabis farmer convicted in court after police uncover £30,000 of drugs

A cannabis farmer was busted by police with £30,000 worth of the drug – after concerned residents reported fears teenage children could be dealing it.

Martin Jackson, 44, has been convicted at court of producing the Class B drug after being busted in a drug warrant at his Dunston home last summer.

Officers from the Gateshead West Neighbourhood Policing Team had taken action after a number of concerning calls from the public.

It was reported that groups of teenagers would often come and go from the address and there were concerns they could be involved in drug dealing.

However, while there was no evidence to support the involvement of teenagers, when officers did execute a warrant at the property on Victoria Street in June last year they uncovered the huge farm hidden in the loft.

It was seized by police and the 44 plants were valued at just under £30,000. Officers also found electricity at the address had also been bypassed to conceal the illicit operation.

Jackson was arrested but denied dealing the drug and told police he was growing it for personal use. He was later charged with production of a Class B drug.

He appeared before Newcastle Crown Court last week where he was handed a 10 month suspended prison sentence and ordered to carry out 70 hours of unpaid work.

Neighbourhood Sergeant Warren Sturrock said: “This was a large farm that had a significant street value and it was only right that it was seized and destroyed.

“We received a number of concerns from the local community about drug use at the address and there was particular concern for teenage children who had gathered in the area.

“There were concerns from residents that young people could be involved in drug dealing but we did not find any evidence to support a criminal prosecution with regards to that.

“Martin Jackson has instead been convicted of producing the drug and he can consider himself lucky that a judge decided not to put him behind bars.

“He will now have to carry out unpaid work to give back to the community and all of the equipment he used to produce the farm has been destroyed.

“This case shows we will take action when we receive intelligence about suspected drug use so if you have concerns then pick up the phone and contact police.”

Jackson, of Victoria Street, Dunston, admitted producing a Class B drug and abstracting electricity. He was handed the 10 month sentence suspended for 18 months at crown court last Monday (January 13).

He was also ordered to carry out 70 hours of unpaid work, made to pay a victim surcharge of £140 and a destruction order was made for the drugs.

Anyone who wants to report suspicious behaviour or suspected drug dealing in their community can do so by calling 101 or Crimestoppers anonymously on 0800 555 111.