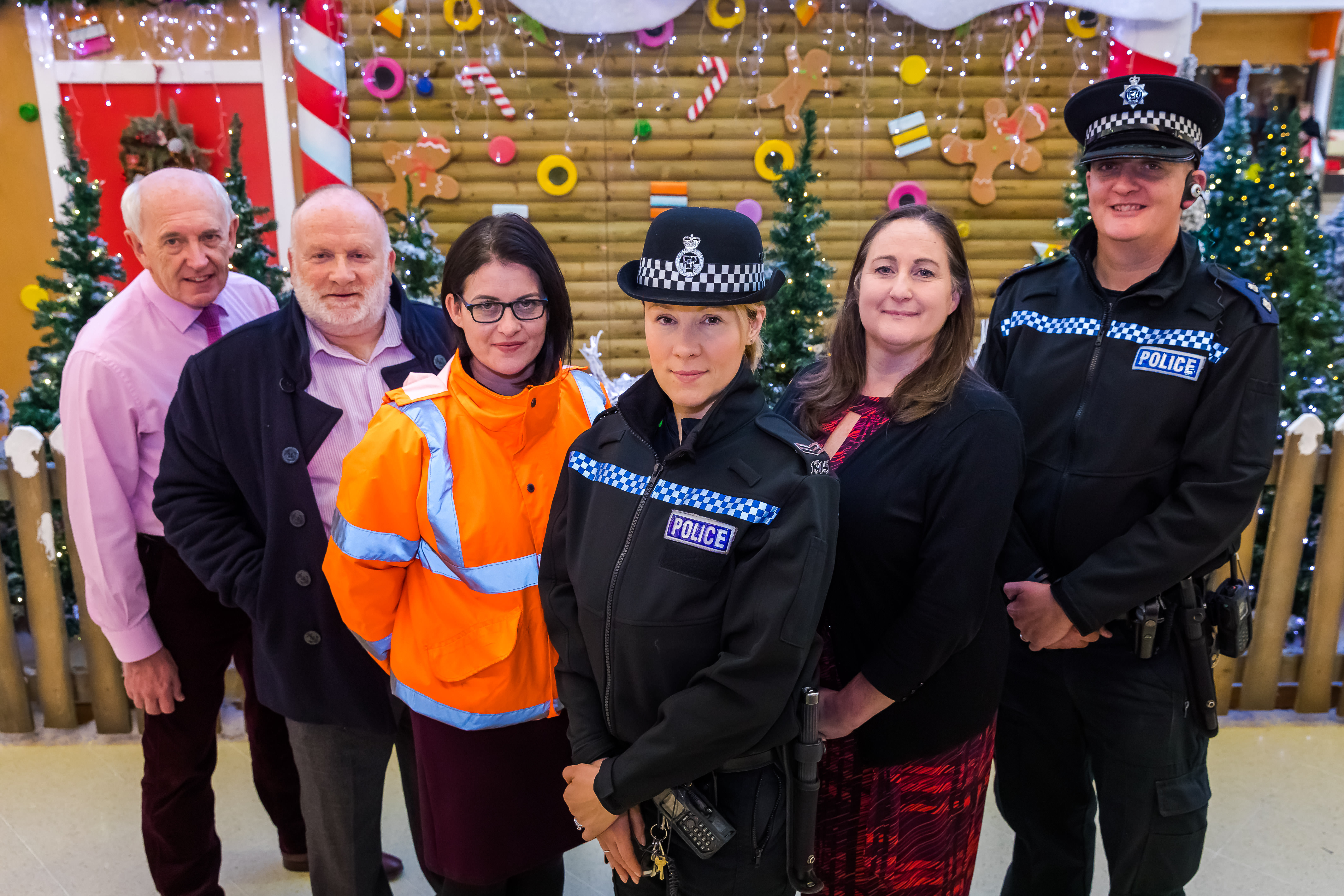 A festive operation aimed at tackling crime and disorder in Sunderland city centre has been hailed as a success after crime rates plummeted.

Business leaders on Wearside have today joined Northumbria Police and Crime Commissioner Kim McGuinness in praising the impact of Operation Kraken after the recent initiative led to a significant drop in recorded crime.

Spearheaded by Sergeant Maria Ord and the city centre neighbourhood team, the annual festive crackdown was again run in partnership with the Bridges and Sunderland Business Improvement District (BID), along with Sunderland City Council.

Now, after the 2019 Kraken operation showed a 16% decrease in city centre crime compared to the previous year, Sgt Ord hopes to build on those successes in the coming months.

“We are delighted with how Operation Kraken went,” Sgt Ord said. “The initiative was about maintaining a hassle-free and safe environment which allowed families to enjoy everything this city has to offer during the lead-up to Christmas.

“In total, over the five-week period, 40 people were arrested or escorted to court  on suspicion of causing city centre-related crime and disorder and we issued 51 dispersal notices which prevented groups of people from congregating in hotspot locations.

“We also spoke to seven individuals about their future behaviour and used our power to stop and search another four people.

“The feedback we have received from businesses and the community alike has been hugely positive, and that is reflected in the figures which show a substantial reduction in city centre crime during December.

“That success is only possible through the ongoing partnership working with the Bridges, BID and Sunderland City Council, as well as with the local community who have been fantastic in reporting flashpoints and engaging positively with officers.

“Through Operation Kraken, and Operation Justice which ran immediately before it, we have made huge strides in ensuring Sunderland remains a safe place to live, visit and work – and that will remain our focus as we head into 2020.”

Police and Crime Commissioner, Kim McGuinness, added: “These are great results for everyone involved. Not only has crime fallen but the operations have been really well received locally by residents, businesses and partners. We want people to be safe, feel safe and really notice improvements – there’s a real momentum to build upon here.

“I am positive that proactive policing like this, coupled with the ‘improving lives to prevent crime’ approach being taken by my violence reduction unit, we can continue to reduce crime here in Sunderland.”

Despite the successes, the city centre neighbourhood team are refusing to get complacent and a number of plans are already in place for similar operations to be run throughout 2020.

Andy Bradley, centre director of the Bridges, said: ““It’s great news that the continued partnership between the Bridges, the BID and police has once again led to a successful reduction in criminal activity in the city.

“The fact that the 2019 campaign had an even bigger impact than the 2018 operation is fantastic and we look forward to working together on more projects in the year ahead.”

Kirsty Currie, operations manager at Sunderland BID, added: “The impact Operation Kraken has had on the city centre has yet again shown partnership working can only have positive results.

“Crime and disorder is a challenge for all city centres and we will continue to work with and support our partners in ensuring our zero tolerance approach continues.”

Deputy leader of Sunderland City Council and chair of the Safer Sunderland Partnership, councillor Michael Mordey, welcomed the results and urged anybody who is the victim of anti-social behaviour to come forward and report it.

"Our city centre was enjoyed by hundreds of thousands people over the festive season yet sadly there was a tiny minority who wanted to make a nuisance of themselves or create trouble," Cllr Mordey said.

"As Sgt Ord states, one of the most important matters is to make sure all anti-social, suspicious and criminal behaviour is reported.

"By reporting unacceptable behaviour and by continuing to work together, we are all making a difference and making Sunderland safer for everybody."

The developments follow the recent conviction of Alan Clarke, 44, who attempted to raid Sugarsole in the Bridges Shopping Centre on the evening of November 15 last year.

Clarke, of Warkworth Close, Washington, tried to force his way into the premises by damaging the automatic door – but was unsuccessful and left empty-handed.

He pleaded guilty to attempted burglary when appearing before magistrates in Bedlington on January 7 and was jailed for 20 weeks.