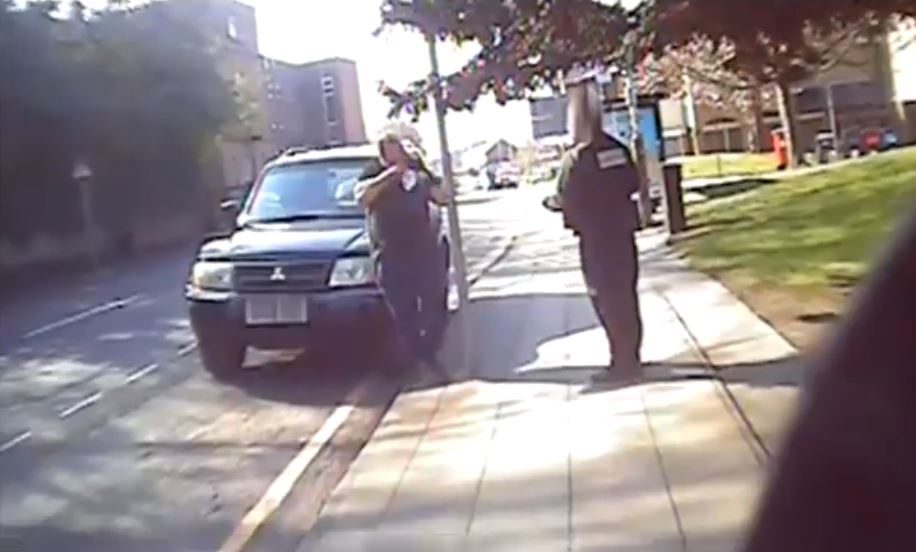 A dangerous driver verbally abused a traffic warden and then drove his car at him – after he was given a ticket for illegally parking in a disabled space.

Matthew Quinn, 37, has been banned from the roads after pleading guilty to dangerous driving after the confrontation in Whickham last April.

He had parked in a disabled bay while he popped into a bookmakers on Front Street but he did not display a disabled badge.

A traffic warden saw that the vehicle was illegally parked and spoke to Quinn’s daughter who was sat in the front passenger seat waiting for her dad.

She phoned him and the businessman returned to his vehicle a few minutes later where he was issued with a ticket by the warden.

He then became verbally abusive, chewed up the speeding ticket and then spat it at the waiting traffic warden.

Quinn then got into his Mitsubishi before driving towards a second traffic warden who was in the area, narrowly missing him as he stood watching from the pavement.

The incident was reported to police who were able to identify him through his vehicle details.

He was arrested and charged with dangerous driving and now Quinn, of Almond Crescent, Gateshead, has been handed a six month sentence, suspended for 12 months.

Now police have released footage from the traffic warden’s Body Worn Video as they today (Monday) condemn his behaviour as “unacceptable”.

Neighbourhood Inspector Harninder Bola, who covers the Whickham area, said: “When you watch the footage it really is shocking to see the way Matthew Quinn is behaving.

“He has illegally parked in a disabled bay and the traffic warden was just doing his job by issuing him with a parking ticket.

“Quinn was acting in a very aggressive manner and that was very intimidating for the warden who did well to stay calm.

“For Quinn to then get in his car and drive towards the victims was completely unacceptable and they were lucky not to be injured.

“In his rage he could have seriously harmed somebody and it was only right that we brought a criminal prosecution against him.

“He has narrowly escaped a custodial sentence and I hope this case has given him time to reflect on his behaviour and learn from it moving forward.”

Quinn was sentenced at Newcastle Crown Court on Friday (January 3) where he was also handed a 12 month driving ban.

He was also made subject to a community order and must pay £500 compensation to each warden and £200 towards the costs of the case.