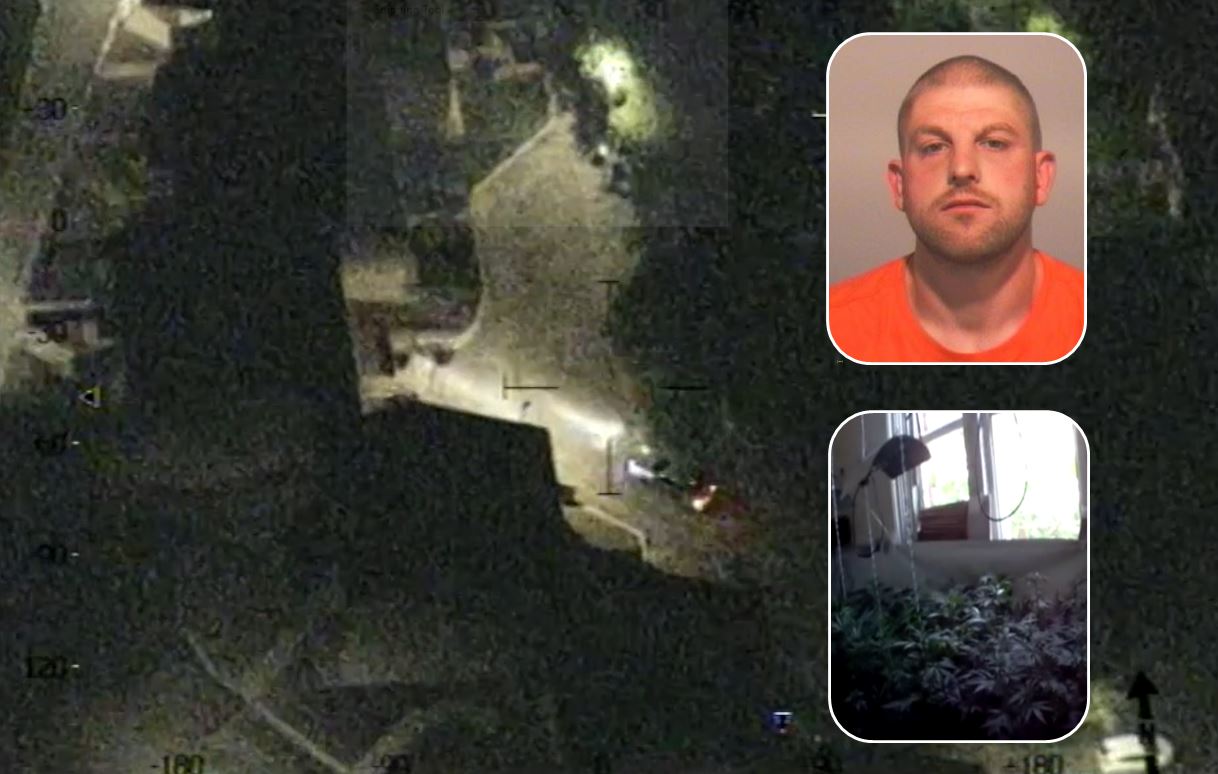 A drug dealer who led an industrial-sized cannabis operation has been jailed – after he led police on a dangerous 120mph car chase.

Peter Pattinson, 33, was already awaiting trial for his part in the £100,000 cannabis operation when he led officers on the high-speed pursuit in May last year.

Officers on patrol in the west end of Newcastle had raided his property on Gainsborough Grove in May 2017 after noticing the smell of cannabis and hearing a ventilation fan.

They forced entry to the property and found more than 180 mature cannabis plants in every single room of that address, and an adjoining property.

A court heard how the potential yield of the cannabis plants were 10 kilos and had a street value of £96,000.

Pattinson and his associate John Alderson were arrested after being found inside one of the properties, where electricity had also been bypassed.

They were later charged with drugs offences, alongside John’s brother Gary Alderson who was also believed to be involved in the operation.

All three men admitted the charges against them but as they were awaiting their sentence, Pattinson was noticed acting suspiciously in his BMW in May last year.

Officers tried to pull him over on the A1 in Dunston but he hit the accelerator and led police on a dangerous pursuit into Newcastle.

Dash-cam footage of the pursuit clocked him driving at more than 110mph in a 50mph zone before he eventually abandoned his car and fled into a residential estate in the west end.

However, thanks to teamwork with the National Police Air Service (NPAS) helicopter, the drug dealer was located and again placed under arrest.

Pattinson was charged and in court last year admitted further offences of dangerous driving, driving while disqualified and having no insurance.

Now the dangerous drug dealer has been jailed for four years during a sentencing hearing at Newcastle Crown Court on Wednesday (January 22).

John Alderson, 23, was jailed for 32 months and his brother Gary, 24, was handed a 23 months suspended sentence for their roles in the cannabis operation uncovered in 2017.

Following the case, Detective Chief Inspector Jamie Pitt condemned the actions of Pattinson and welcomed the lengthy jail term handed down by the judge.

He said: “This was described in court as a commercial organisation and it certainly fits the profile of organised criminality.

“Peter Pattinson in particular has demonstrated a disdain for the law and we feel the sentence passed is wholly appropriate in the circumstances.

“Not only has he spear-headed a financially lucrative cannabis operation but he has put lives at risk with his dangerous behaviour on the roads.

“He has driven at dangerous speeds within residential areas but thanks to brilliant teamwork between traffic officers and the NPAS helicopter he was detained and brought in to custody.

“I also want to take this opportunity to praise the vigilance of those officers on patrol back in 2017 who acted on their instincts to uncover the two cannabis farms.

“We will continue to target organised crime under the banner of Operation Sentinel and put serious offenders before the courts.

“But we need your help. You know and understand your local communities and if you think something is not quite right then pick up the phone and contact police.”

He also admitted possessing cannabis with intent to supply and possessing criminal property after he was pulled over in June 2017 and found with a quantity of drugs and cash.

John Alderson, of Britannia Place, Elswick, admitted producing cannabis and a charge of possessing cannabis with intent to supply.

Gary Alderson, also of Britannia Place, Elswick, admitted the sole charge of possessing cannabis with intent to supply. His sentence was suspended for two years and also ordered him to carry out 210 hours of unpaid work.