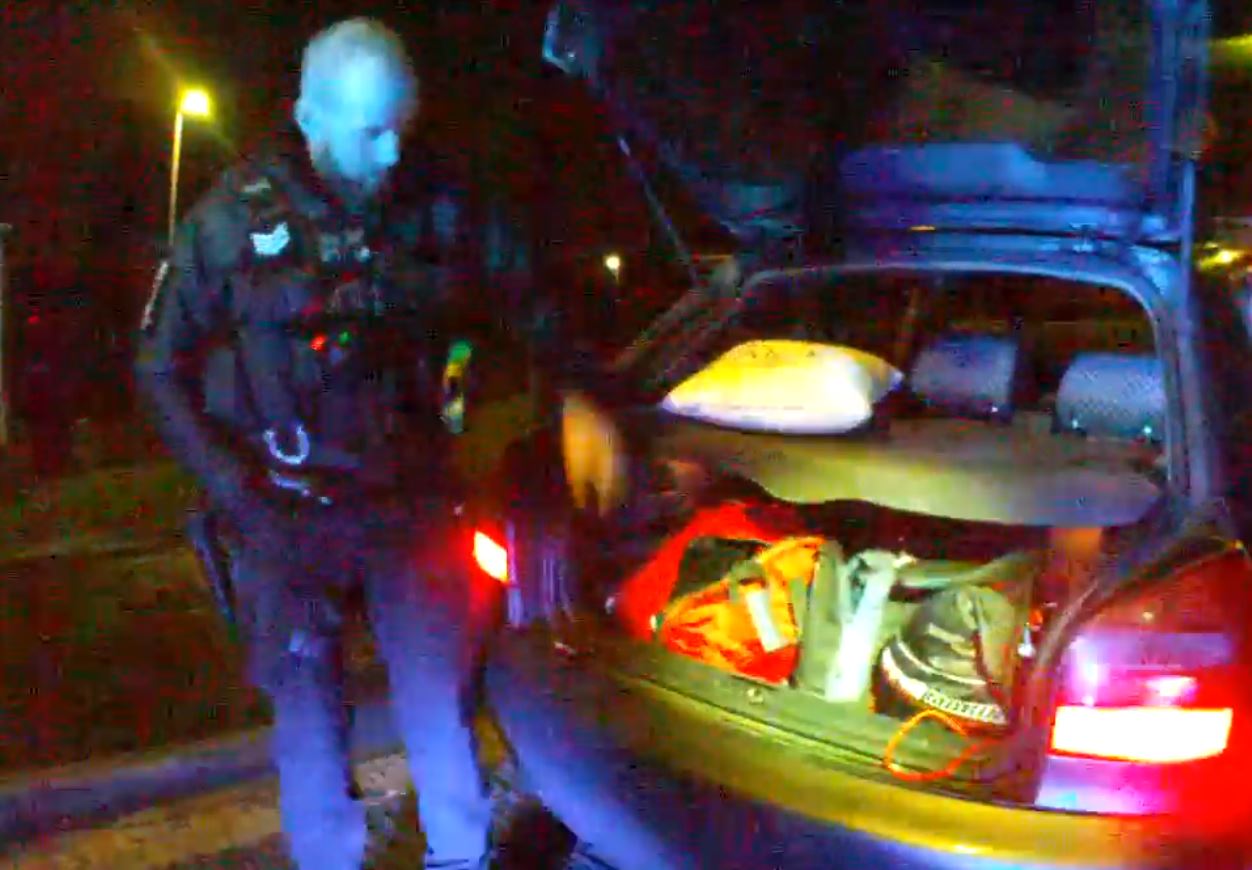 In the early hours of this morning (Monday), officers received a call from a member of the public who had seen two males acting suspiciously in the Regent Drive area of Hebburn.

It was reported that the pair, who were both dressed in black clothing and carrying a distinctive yellow Bag for Life, had been trying a number of car doors shortly after 2.15am.

Within minutes, police were deployed to the area but all seemed quiet – until officers observed a grey Audi heading out of the street.

After it was shown as having no insurance, police stopped the vehicle – and found a range of tools inside including a crow bar, bolt croppers and screwdrivers.

Two men – aged 46 and 34 - were subsequently arrested at the scene and remain in police custody.

Inspector Denise Easdon, of Northumbria Police, said: “This was a great example of how the public can be our eyes and ears.

“After seeing two men behaving suspiciously in their local area, the resident decided to pick up the phone and passed on detailed and accurate information to police.

“We were then able to deploy officers to the area quickly to make sure nothing was amiss. What followed was a case of good old-fashioned police work as officers reacted on their instinct and located two males who were in possession of a number of suspicious tools.

“As a result, they were both arrested and brought into custody. They will continue to assist officers with their enquiries throughout the day.

“We would always encourage those who live in our communities who see anything suspicious, however insignificant or innocuous it may appear, to pick up the phone and give us call.”

The Hebburn neighbourhood team carry out regular dedicated patrols to tackle car-related crime and officers will continue to visit hotspot areas across the town over the coming weeks.

Anyone with any concerns or who is a victim of crime is asked to call 101. In an emergency, ring 999.