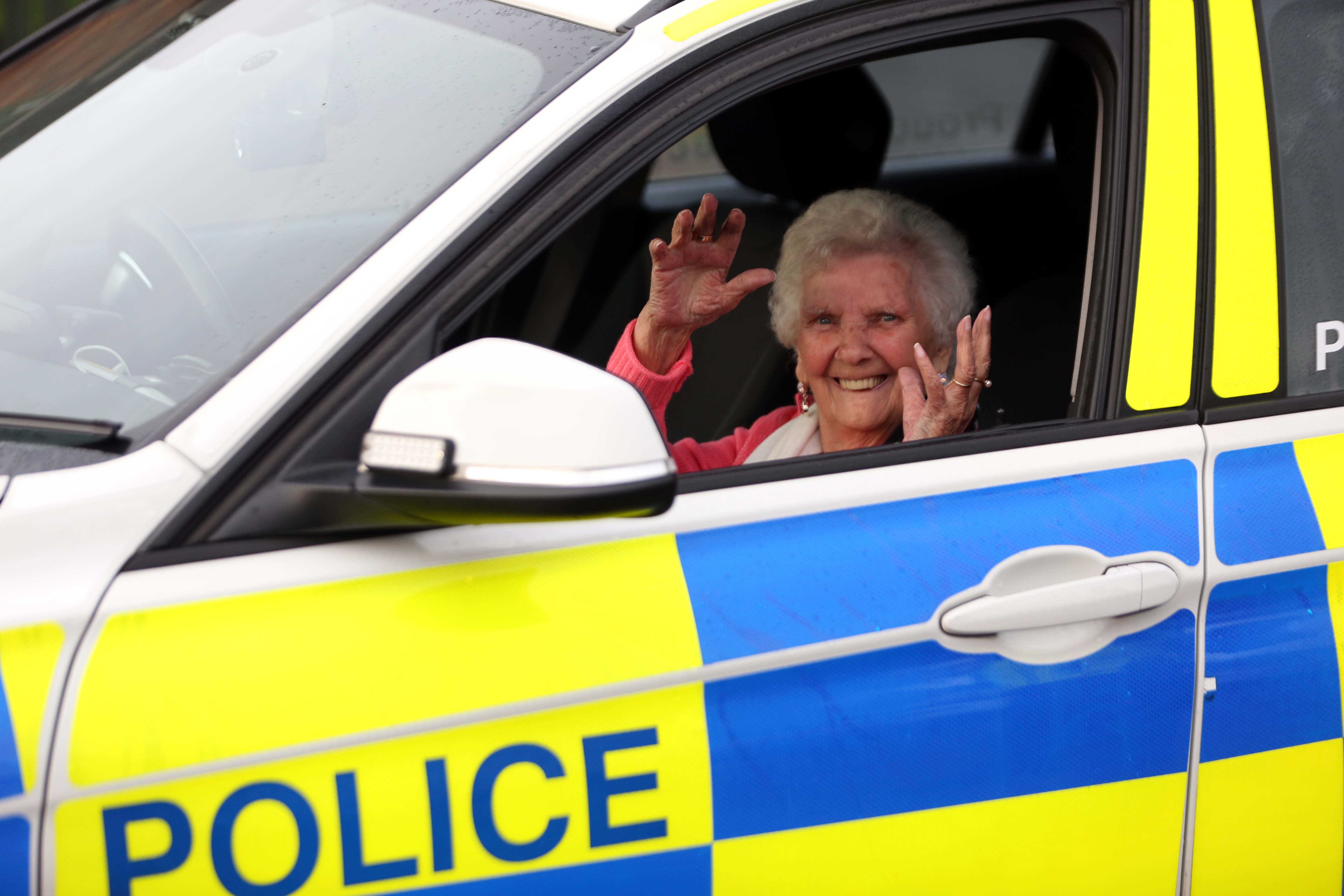 The family of a vulnerable pensioner treated to her first Newcastle United match have penned a heartfelt letter to the Force praising the kind-hearted officers who helped make her dream come true.

The experience of a lifetime had been organised by Police Constable Les Mitchell after meeting with the 97-year-old shortly after the alleged burglary of her Lemington home and hearing how she had been stripped of her confidence.

Following the trip to the footy in which the Rudd family were chauffeured to the ground in a police car, Florence’s son Colin penned a letter to Northumbria Police’s Chief Constable Winton Keenen to express his gratitude to all those who helped put a smile back on his mam’s face.

It read: “We are an ordinary family who, thankfully, have had little dealings with the police. Our knowledge of how you respond in these circumstances is gleamed from the media. Given our learned expectation that the police are severely understaffed and overstretched we did not expect such a dynamic and professional response. All your officers we dealt with are a credit to you and Northumbria Police and have made what was an unpleasant experience a little easier to bear.”

Speaking of the ongoing investigation into the alleged burglary, Colin wrote: “We cannot speak more highly of the consideration, patience and skill of your police officers and support staff we encountered.

“Following a courtesy visit by PC Les Mitchell, he then arranged for us to be hosted at Newcastle United for the hospitality package on December 28 – this came about after a chance remark by my mam about how recent events had caused her to lose her confidence and scuppered her ambition to see her team play once in her lifetime.”

She even met with Deputy Chief Constable Debbie Ford, who was also at the game.

Mr Rudd finished his letter by saying: “What a wonderful day out it was for her and she thanks you all from the bottom of her heart.

“All of the officers and staff have treated my mam with kindness, compassion and respect when she was at her most vulnerable and for that she thanks you all.”

Two men were arrested shortly after officers received a report of the suspected break in at Mrs Rudd’s home on December 2. Ashley Sean Lawson, 47, and Irving Graham, 27, both appeared at Newcastle Crown Court on January 2 where they pleaded not guilty to burglary and are due to appear on trial at the same court on May 11.